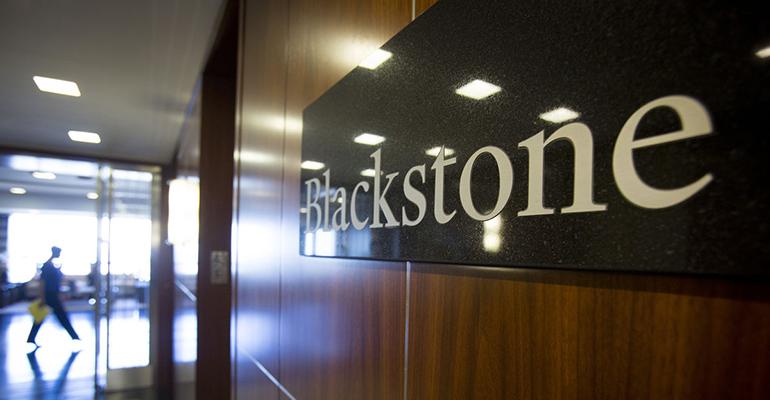 The sale would mark the largest real estate transaction in Australia in five years.

(Bloomberg) -- ESR Cayman Ltd. has agreed to buy a portfolio of warehouse and logistics assets in Australia from Blackstone Group for about A$3.8 billion ($2.9 billion) in the country’s biggest real estate transaction in five years.

The Hong Kong-listed property manager partnered with GIC Pte. for a newly-formed vehicle in the acquisition of the assets, according to a press release on Sunday. The Singaporean sovereign wealth fund will contribute 80% of equity, while ESR will account for the rest. The portfolio consists of 45 assets held by Blackstone’s Milestone Logistics.

The announcement capped a weeks-long process started in January, in which Blackstone received more than 10 first-round bids for Milestone Logistics. The private equity firm had also considered an initial public offering for the portfolio, which could have been among the largest first-time share sales in Australia.

At $3 billion, the sale would mark the largest real estate transaction in Australia in five years, according to data compiled by Bloomberg. It underscores the growth in warehousing, which has become one of the most sought-after property classes, partly because of the surge in online shopping during the pandemic.

The logistics portfolio was assembled by Blackstone over dozens of individual transactions that began with a deal with Australian developer Goodman Group in 2016. The assets, which count Woolworths Group Ltd. and Australian Postal Corp. among clients, are expected to provide an initial yield of 4.5% with a 6.9-year weighted average lease expiry.

“We think the e-commerce trend in Australia is still lagging the rest of the developed world,” Chris Tynan, Blackstone’s head of real estate for Australia, said in a phone interview. He expects online shopping’s penetration rate in Australia, which accounts for about 13% of total consumer spending, will catch up with most other regions including the U.S., the U.K., Korea and China over time.

The sale of the Australian portfolio comes as Blackstone has switched its focus to the so-called “last mile” element in the logistics sector, Tynan said. The U.S. investment firm in 2019 started a pan-European logistics real estate unit Mileway that invests in and operates warehouses in and around cities, which are favored for their proximity to consumers’ homes and seen as more resilient to fluctuations in demand given a shortage of supply. In December, the unit agreed to buy some Swedish warehouse assets for 18.1 billion kronor ($2.1 billion), taking its portfolio across Europe to more than 14 billion euros ($16.7 billion).

ESR raised about $1.8 billion in a Hong Kong initial public offering in 2019. The Australian deal will take ESR’s assets under management in the country to A$7.9 billion. Shares in ESR have risen about 36% in the past year, giving it a market value of about $9.8 billion.