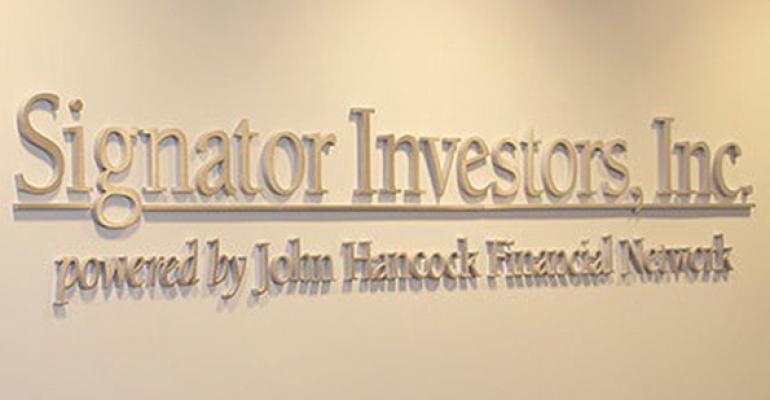 Terms of the deal were not disclosed, nor were total client assets. But the added advisors will double John Hancock's independent brokerage force. The deal is expected to close within six months, pending regulatory approval, according to the firm.

Brian Heapps, president of John Hancock Financial Network, said that the Transamerica advisors would bring "a significant advisor population in areas where we don’t currently have a presence."

He declined to say if Signator is giving the Transamerica advisors retention deals to keep them in place. "We’re certainly not going to give any of the advisors a reason to look elsewhere, that’s for sure,” he added.

He did say Transamerica's incoming 90-plus person support staff represented a 50 percent in back office support personnel and that Signator plans to establish an office in St. Petersburg, Fla. where all of the TFA home office staff is currently located.

“The advisors will have continuity in their relationships with the home office people they have today,” he said.

Seth Miller, CEO of Transamerica Financial Advisors, said Tuesday that the deal is a “clear strategic fit” for both firms, allowing Transamerica to focus on its "core distribution mission," while "enabling Signator to strengthen its independent broker dealer channel."

The deal is only for Transamerica's independent advisors. The firm will continue with its 3,000 employed advisors in its Transamerica Financial Group.

Signator currently has approximately 1,500 advisors nationwide. It previously acquired Bellevue, Wash.-based Symetra Investment Services from Symetra Financial Corporation in 2013, which added about 280 advisors to its network.