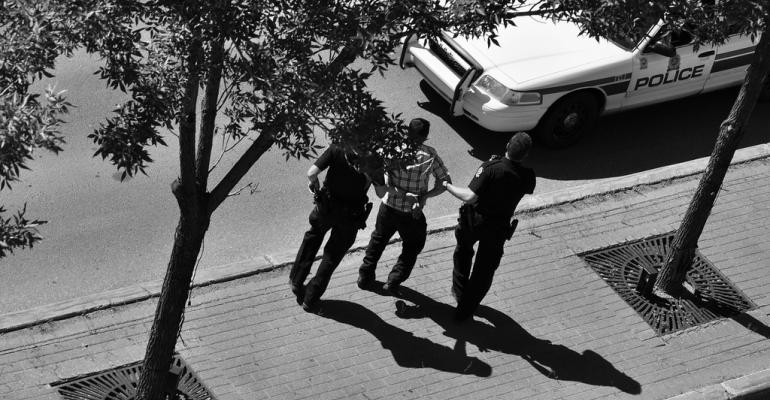 Insider Trading: Who's Next?

The scandalous and splashy insider trading cases brought against fund managers over the last few years further blackens an industry already suffering from image issues.  And while financial advisors generally have been left out of such shenanigans, the net is widening.

Of course, many insider trading cases are open and shut affairs. But others fall into deeply grey areas, and notions of what is, or is not, material inside information that gives one investor an unfair advantage over another is fraught with nuances that are not always apparent on a first hearing, according to a recent discussion among securities lawyers at a regulatory and compliance conference in New York.

Take the recent case in which the SEC charged two former Euro Pacific Capital brokers with securities fraud.  Thomas Conradt and David Weishaus allegedly obtained and traded on the non-public information that IBM was in the process of acquiring Chicago-based SPSS prior to a $1.2 billion public offer in July 2009, according to the SEC. They and several co-conspirators profited by over $1 million in the scheme, according to the complaint, filed in November.

At the time of their arrests, Manhattan U.S. Attorney Preet Bharara said that Conradt, Weishaus, and their co-conspirators thought of the alleged conspiracy as a way to “get rich quick. “

“Their alleged conduct demonstrates that they knew full well the criminality of trading on inside information, but they remained undeterred,” he added.

Their downfall began when Conradt’s roommate—an unnamed research analyst with a Connecticut-based broker-dealer—allegedly learned about the proposed acquisition through a friend presumably with Cravath Swaine & Moore, the firm who was working on the deal for IBM.  The associate let slip that the upcoming IBM deal "was stressful," according to the complaint. Later, authorities claim Conradt’s roommate mentioned the deal to Conradt, as well as Weishaus and others, and they then allegedly made their profitable trades.

According to securities lawyers not involved in the case, it was at the point of hearing about the merger that the research analyst and brokers should have walked away, even if the information was innocenctly shared in an off-hand way. In this case, the law firm associate—who was not charged and remains unidentified by regulators—knew he had a duty to keep the information confidential, the SEC corresponding civil complaint alleged.

But often, the onus is not on the person divulging the information but on the person recieving it who should know whether or not it is "privaleged" information or not. Whether a person with such information has a duty to keep it confidential should be the first question anyone hearing that information should ask, Assistant U.S. Attorney for the Southern District of New York Reed Brodsky said last month at the Regulatory Compliance Association's 2012 Risk, Compliance and Enforcement Summit.

“If the tipper or insider did not have a duty and no duty was breached, then you’re on safe ground,” said Brodsky. “But if you know the info is coming to you improperly, you’re sitting in a really bad situation."

In addition to proving that the person supplying the information was breaching a duty, the government also must show that the information was non-public. If both of those conditions are met, Brodsky said authorities will also look at the materiality of the information. Is it important enough to an average individual to determine whether to buy or sell a stock?

If any broker is questioning the materiality of information he gleams from an individual, that’s a troubling sign, Brodsky says. Individuals contemplating that question are exposing themselves to an extraordinary risk if they make that trade, he explained. Those individuals may be asking whether or not a piece of information is material, and convince themselves that it's not. But “once you make that trade and that trade results in profits, you’re going to have a hard time explaining that.”

And yet the question of materiality is fraught with complications stemming from differing viewpoints and vague standards. “What does the government actually think is material in certain situations?” questioned Dechart white collar and securities litigation partner Adam Wasserman.

More than 90 percent of the traders are honest and are struggling to the right thing, Wasserman said, but that there were many grey areas. An offhand quip or remark innocently overheard can put brokers into a no-win dilemma. “What am I supposed to do in that situation, am I supposed to just sit on my hands?” he asked.

Any alleged insider information needs to be evaluated as a whole, he says, adding that many times these purportedly improper tips could just be just one piece of a larger picture informing a decision to make a securities trade, a legal defense also known as the “mosaic theory.”

“I can’t tell you how sort of dim a view the people at the U.S. Attorney’s office and the SEC have of the mosaic theory,” FBI Special Agent David Chaves countered, noting that experience has made prosecutors and government lawyers skeptical when suspects say the information wasn’t really that important.

“All of these things are going to be looked at in hindsight,” Chaves said. To counter the theory, prosecutors will generally evaluate how much effort was expended to get the information and the timing of the trade in relation to obtaining the tip.

In the case of Conradt and Weishaus, the SEC complaint alleged that following a late night phone call with Conradt, Weishaus and Conradt purchased hundreds of shares of SPSS stocks in the weeks leading up to IBM’s July 28 public merger announcement.

Further, the regulator claimed that brokerage records showed that neither Conradt nor Weishaus had traded in SPSS securities prior to the late-June trades.

Technology has also helped investigators and prosecutors, Chaves said, noting that his agency is always trying to stay one step ahead of the criminals. In the recent Euro Pacific Capital brokers’ complaint, the SEC revealed allegedly damaging instant messages that caught Conradt and Weishaus saying “don’t tell anyone else” and “I don’t want to go to jail.”

The SEC also pointed out that while Conradt, his unnamed roommate and Weishaus all had training on insider trading and securities law violations, they proceeded to trade on the tip anyway.

If convicted, Conradt and Weishaus could face more than 20 years in prison and over $5 million in fines. Both pled not guilty in a Dec. 7 hearing before U.S. District Judge Andrew L. Carter in New York. An attorney for Weishaus did not respond to requests for comment and an attorney for Conradt was not immediately available.

“We don’t bring the grey cases,” Chaves warned at the conference. “We look for cases that we feel are clearly over the line.”