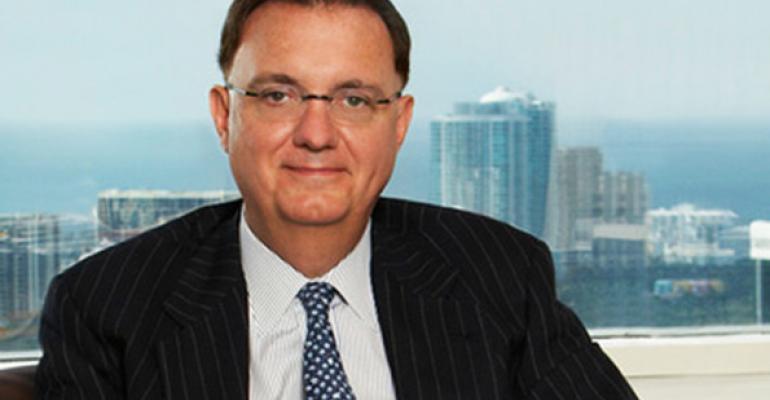 Ladenburg Thalmann (NYSE MKT: LTS) said it would acquire KMS Financial Services, a Seattle-based independent broker/dealer with about 325 advisors and $14 billion in assets, for $24 million in cash and stock. After the purchase, Ladenburg will have 3,500 advisors with $110 billion in client assets, and $1 billion in revenue across the firm. As of 1 p.m. eastern time, Ladenburg’s stock was up 5.8 percent.

“This is a good indicator that [Ladenburg is] going to continue into an expansion mode and commit to owning independent b/ds and then cross selling their investment banking services through the independent b/ds they own,” said Jonathan Henschen, president of recruiting firm Henschen & Associates.

Ladenburg has agreed to pay $11 million in cash, $8 million in four-year notes and about 1.4 million shares of company stock.

“Any time there’s some kind of a change, sometimes there’s the trepidation over creation of a lot of disequilibrium, and really we see this quite the opposite—as serving and enhancing the cause of our own continuity out into the future and what we’ve tried to build,” said Mark Hamby, chairman and CEO of KMS.

As Ladenburg has done with its other b/d acquisitions, the firm will allow KMS to continue to operate independently, maintaining its current headquarters in Seattle. The b/d’s management team, including Hamby and President and Chief Operating Officer Eric Westberg, will also stay in place. The firm clears primarily through Pershing, and custodies with Schwab, TD Ameritrade and Fidelity.

“There’s no change anticipated in any of that,” Hamby said. “No repapering of client accounts. No change of our basic branding or identity in the materials that go out to clients.

Ladenburg Thalmann entered the independent b/d space in 2007, with its acquisition of Investacorp, based in Miami. Since then, it has built a network of independent advisors with the addition of Triad Advisors in Norcross, Ga., and Securities America in Omaha, Neb. Just last month, Securities America scooped up insurance b/d Sunset Financial, adding 268 reps.

The acquisition of KMS will give Ladenburg a larger foothold in the Pacific Northwest region.

“Strategically this is a good move for Ladenburg because it gives them a broker/dealer with a West Coast presence, and they’re pretty concentrated in the Southeast and Midwest,” Henschen said.

Henschen said he was shocked to hear that KMS had been acquired. The firm was founded 40 years ago by Kenneth Max Snider, its namesake, and has been independently owned and operated since.

Some b/ds have been forced to sell recently due to large litigation costs, but KMS has not had any regulatory problems except for one: In 2010, the Montana Securities Department filed charges against the firm, claiming former rep Art Heffelfinger operated a Ponzi scheme. At the time, KMS paid $976,000 in restitution, $21,000 in investigative costs and a $29,000 fine.

Otherwise, the company has been pretty picky when it comes to the brokers it recruits, Henschen said.

“Maybe this was a decision the board [of KMS] made because of the direction of the industry,” Henschen said. “You got to be tied to scale to compete—is the feeling of a lot of the firms.”

“Even at a level of success that we’re enjoying and that [Ladenburg is] enjoying, I think we all look out at the landscape today and say that there are lots of opportunities to share information, share areas of expertise across a platform like they’ve developed,” Hamby said.

The independent b/d business accounts for 90 percent of Ladenburg’s business. But Richard Lampen, president and CEO of Ladenburg, believes its other lines of business differentiate the firm from other IBD networks. That includes trust services, asset management services, a fixed income trading desk and access to capital markets and syndicate products. In addition, the firm’s recent acquisition of Highland Capital Brokerage is meant to provide its advisors with better life insurance capabilities.

Ladenburg also announced its second quarter earnings Monday, with a return to profitability. The firm reported net income of $2.9 million, up from a net loss of $5.5 million in the year-ago quarter, on revenue of $220.8 million, up 14 percent from the second quarter 2013. The company’s advisory fees revenue grew 21 percent year-over-year, driven by an increase in net new advisory assets, recruitment of additional advisors and market appreciation.