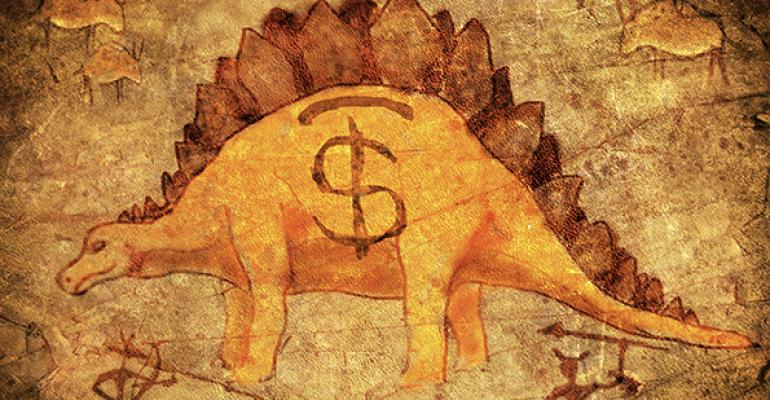 Are proprietary products an endangered species in the IBD world? &nbsp;Or did they just morph into more complex platforms?

There was a time when securities and insurance firms employed independent brokers to sell their policies and funds, paying hefty commissions to them to do so.

But that model is disappearing. FINRA no longer allows firms to incentivize the independent financial advisors that work with them to sell their in-house funds, and the move to open architecture and independence has separated product manufacturing and distribution even further. Most independent broker/dealers don’t sell proprietary products anymore—unless you consider their investment advisory platform “proprietary,” which they are reluctant to do.

“The old days of 20 years ago where some advisors might use their in-house products because of pressure, or because they might have gotten paid more without knowing they’re better, those days are gone,” says Andrew Klausner, founder and principal at AK Advisory Partners, a financial services consultancy in New York. “You just can’t get away with it anymore.” 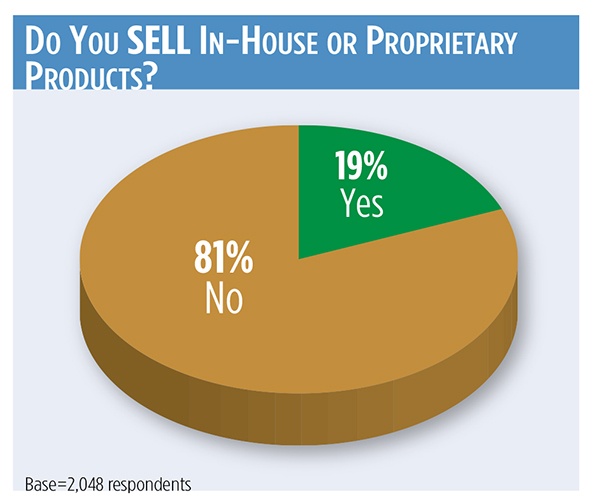 Those results may be skewed towards insurance advisors, or those who still have proprietary products on their books from years ago. At CUNA Brokerage Services, for example, owned by insurance company CUNA Mutual Group, 95 percent of reps sell proprietary products. Sixty-eight percent of advisors at John Hancock-owned Signator Investors sell in-house products, while 65 percent of Voya Financial advisors sell them. Half of advisors at The Investment Center, a privately-owned firm, said they sell in-house products.

“With insurance agents and advisors in the insurance b/d space, a lot of it is still coming down to habit,” says Alois Pirker, research director for Aite Group’s wealth management practice. “They will go to the product and product provider that they know best. And on the insurance side, there’s not that much open architecture—I don’t think they get that much choice on that front.”

And most IBDs are open architecture, offering their advisors a wide range of products. Firms know that if they didn’t offer choice, their best reps would walk out the door.

“The advisors want to make sure they’re doing the right thing for their client, and if at an insurance company you’re restricting access to product, you’re probably not going to keep your best reps,” says Matt Lynch, managing partner with Strategy & Resources, an industry consultant.

“If they push too hard, it would be a reason why people would leave, because they don’t want to feel that kind of pressure when they’re independent,” says Jodie Papike, executive vice president at Cross-Search.

Some insurance companies have gotten out of the b/d business after realizing the distribution model wasn’t working. In 2012, Genworth sold off its broker/dealer to Cetera. That same year, Western & Southern sold Capital Analysts to Lincoln Investment Planning, and The Hartford sold Woodbury Financial Services to Advisor Group. In April 2013, MetLife sold off Tower Square and Walnut Street Securities to Cetera. And in July 2014, Kansas City Life Insurance Company sold its IBD, Sunset Financial Services, to Securities America.

Jonathan Henschen, president of the recruiting firm Henschen & Associates in Marine on St. Croix, Minn., says some firms still push their products, but in more subtle, indirect ways. For example, their proprietary products will have a big presence on the b/d’s website. And at the annual conferences hosted by the insurance parent company for its b/ds, you won’t find many of the parent’s competitors with booths at the exhibit hall, Henschen says. Some go as far as to tell wholesalers from competing companies that they cannot initiate contact with their reps, but if a rep contacts them, the wholesaler can talk to them.

These days, reps are only going to sell in-house products if the products are good. Advisors at firms who are more apt to sell proprietary products rated the quality pretty high, REP.’s survey found. 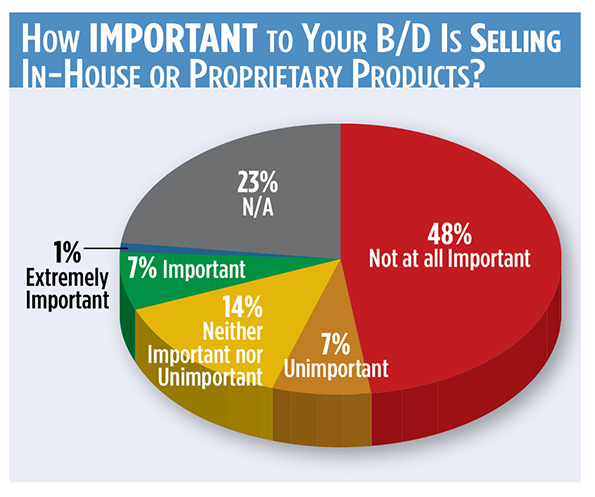 “Independent advisors are so fiercely independent, and they’ve probably come from a world—a lot of them have—where they’re forced to sell proprietary products into a world where the whole universe is open to them,” Papike says. “So most people are going to say, ‘If there is a product that is comparable or better to other products that are on the market, then I’ll be happy to look at it. ... If the product is inferior, there’s no way that I’m going to sell it.’”

With proprietary products sold by their firm, advisors should give them more thorough scrutiny than they do with others, especially if they want to make a case for the investment with their clients, Klausner says.

The Next Wave of Proprietary?

Most of the firms on REP.’s survey don’t even have in-house products—it’s rare in the independent broker/dealer world. But some advisors may consider their firm’s internal advisory platform a proprietary offering, Henschen says.

“It’s a new profit center for the broker/dealer that they didn’t have before,” he says. 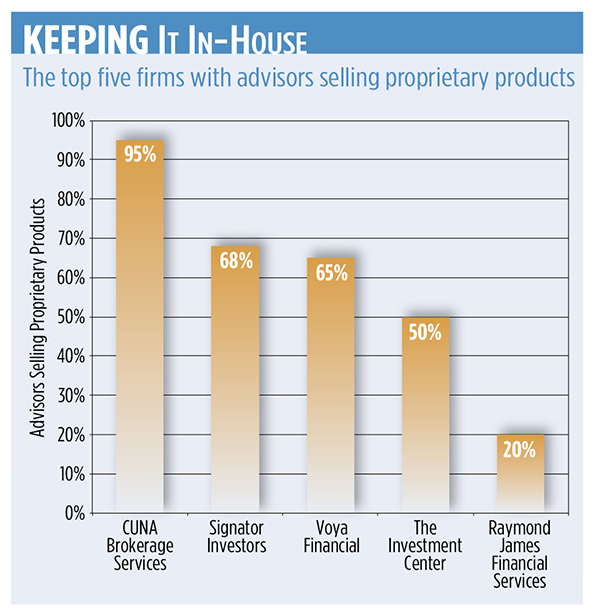 Some b/ds will outsource the investment management function to a firm like Envestnet; others will private label the offering from their custodian or another provider, Lynch says.

But many independent b/ds run the programs themselves, including LPL Financial, AIG Advisor Group and Lincoln Investment Planning.

“If we’re being serious about it, anything that’s internally managed for a wrap fee could go in [the proprietary product] bucket,” says Scott Smith, research director at Cerulli Associates.

The programs typically consist of a suite of asset management programs that range from a rep as portfolio manager program to those where they outsource investment management to the firm, Lynch says. B/ds will usually charge a fee for providing these services.

“I’ve talked to IBDs who are super-sensitive to that not being perceived as a prop product,” says Kenton Shirk, associate director at Cerulli. “But it’s a fine line.”