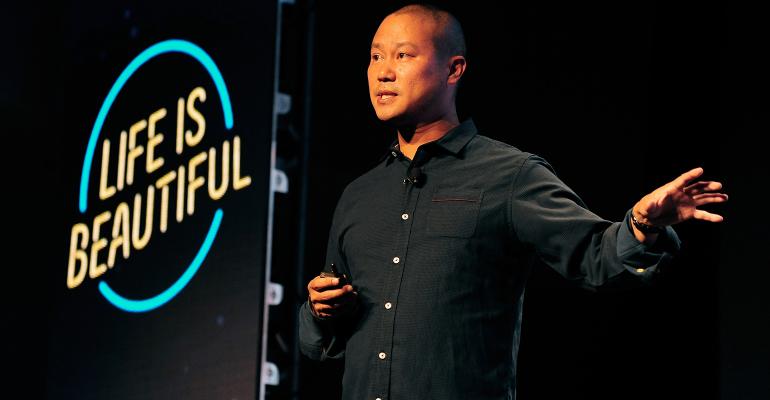 His family discovered thousands of Post-it notes with potential deals and financial commitments all over the walls at his Park City, Utah, mansion.

Zappos founder and former CEO Tony Hsieh tragically passed away in a house fire in November at the age of 46. According to court documents filed by his brother and father, asking a Las Vegas judge to be named as special administrators of his estate, Tony most likely didn’t have a will in place. While stories of public figures and celebrities dying intestate frequently make headlines, estate planning, or the lack thereof, has unfortunately also hit average Americans hard as the COVID-19 pandemic continues to claim hundreds of thousands of lives. As estate planners, we need to be mindful of reinforcing its importance no matter the wealth of the client.

In addition to revealing that Tony most likely died intestate, to complicate matters, his family discovered thousands of Post-it notes with potential deals and financial commitments scrawled all over on the walls at his Park City, Utah, mansion. According to the New York Post, Tony purchased the mansion last year after falling in love with the town and spent millions setting up a new home base—including purchasing surrounding properties for his friends and inner circle. The generous Tony also reportedly even allowed friends to use his credit cards. It’s also been reported that the New London, Conn., home where Hsieh died was purchased by him for $1.3 million in the name of rumored girlfriend Rachael Brown.

Beneath the surface, however, Tony appeared to be struggling with his mental health and addiction and reportedly spent his final hours planning to enter rehab.

Although Tony recently spent over $50 million on real estate in Utah, he was still a resident of Las Vegas at the time of his death, meaning Nevada intestacy law will govern. According to Megan Gorman, managing partner of Chequers Financial Management in San Francisco, pertinent Nevada law states that an estate should pass to a decedent’s parents in the event the decedent died without a will, not married and with no children.

As administrators of his estate, Tony’s father and brother could attempt to prove that a holographic will existed under Nevada law, says Gorman. Nevada law requires that the signature, date and material provisions are written by the testator, whether or not it’s witnessed or notarized. Whether it was written outside the state isn’t relevant. “To some degree however, it might be easier for the family to follow laws of intestacy,” reasons Gorman, as Tony purchased a lot of property for others and lived in a communal situation, making it difficult to discern if there was intent to dispose of the property in a certain manner.

An even bigger challenge, says Gorman, is calculating the true value of his estate. As previously mentioned, Tony appeared to have gone on a spending spree towards the end of his life, and gathering his assets will be a hurdle to getting a valuation. Other celebrity estates, such as those of Michael Jackson and Prince, saw a big debate on the valuation of intellectual property, and it remains to be seen if Hsieh might be in a similar boat given his tech background.

Furthermore, in addition to figuring out Tony’s full net worth and business dealings, the family must determine if any of the sticky notes left behind are binding contracts. His state of mind will certainly play a role in the determination and whether he had the capacity to enter a contract.

Gorman believes that the complexity of this estate, and the possibility of claims from those who Hsieh surrounded himself with, will undoubtedly result in a lengthy and contentious probate for the family.

“This case should be a wake up to practitioners working with tech entrepreneurs and other like-minded individuals who aren’t good at taking advice,” says Gorman. Even if estate planners want to be mindful that certain clients don’t like the structure, they need to remind the clients of the challenges that will lie ahead for their family as they mourn them while simultaneously running around trying to figure out probate matters without proper planning in place. “Certain estate-planning techniques could have helped to mitigate tax for the family as well,” adds Gorman.

Harvey I. Bezozi, a tax expert from Boca Raton, Fla., also stresses the importance of a financial advisor, adding that “Although Tony owned dozens of businesses and investments, where each venture was sure to have an accounting staff and chief financial officer, he was apparently missing a key piece in his financial mosaic—the Personal CFO ... the one 'go-to' advisor who keeps everything organized and bridges the gap between the business and personal lives of super-successful entrepreneurs.”

“One would have easily been able to organize Tony’s Post-it notes into a readable ledger and proper estate plan. Notwithstanding, it may be possible to piece together and validate some of his scraps of paper in order to legally enforce one or more of his business contracts and estate bequeathals,” continued Bezozi.