/sites/all/themes/penton_subtheme_wealthmanagement/images/logos/footer.png
Recent
Recent
Eight Must Reads for the CRE Industry Today (May 17, 2022)
May 16, 2022
Investors, End-Users Compete for Last-Mile Warehouses as Rents Skyrocket
May 16, 2022
Dyal Said to Be in Talks for Stake in Real Estate Firm DivcoWest
May 16, 2022
Michael Kitces' #FASuccess Podcast: Beth Jones' Method to Deepen Client Relationships
May 16, 2022
Featured
The 10 Best and 10 Worst States in Which to Retire in 2021
Jul 15, 2021
Poll: 15 Classic Books on Investing and the Markets
Apr 03, 2020
Fifteen Must-Listen Business Podcasts for Advisors
Aug 14, 2020
Celebrity Estates: Jay Leno and Planning for Classic Car Collections
Feb 22, 2022
The Daily Brief
brought to you by 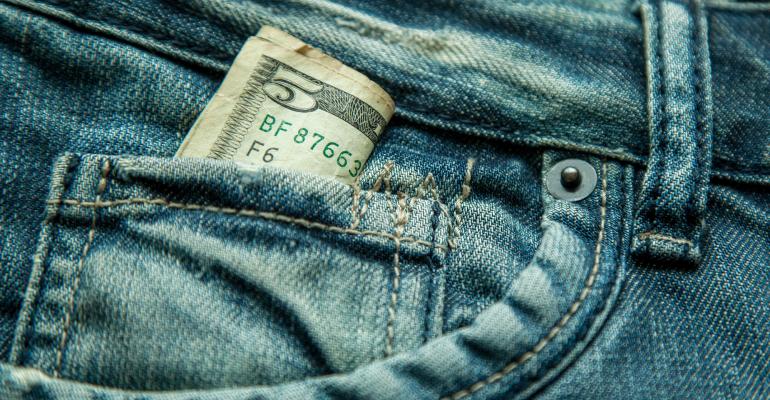 The number of Gen X /Y millionaires is growing, seniors like ESG and GOODING rocks about financial literacy.

The number of young millionaires is quickly growing, according to Fidelity Investments. In its ninth “Millionaire Outlook” study, the firm reported that Generation X/Y individuals account for 18 percent of millionaires in the U.S., up from 8 percent in 2012. The firm predicts that the generations will surpass baby boomers in terms of holding the most wealth in the country by 2030. However, only 58 percent of the younger millionaires are working with advisors, down from 72 percent five years ago. “With the percentage of Gen X/Y millionaires using an advisor on the decline, the industry needs to take a step back and ask: What can we be doing to 'tip' these investors toward valuing advice?” said David Canter, head of the registered investment advisor segment at Fidelity Clearing & Custody Solutions. “Gen X and millennials don’t manage their finances in the same way that their parents did–they want an advisor who will be their own personal CFO and organize and simplify their financial lives.”

Many Environmental, Social and Governance investment products are marketed as a way to appeal to millennials, but a survey by Allianz Global Investors found that the products actually appeal more to older investors. Sixty-eight percent of seniors over the age of 65 reported a favorable view of ESG investing, compared to just 59 percent of investors in the 25 to 44-year-old demographic. More older investors responded that ESG is a sound investment strategy, and were much more likely to say ESG issues they care about influence their personal lives. Despite the interest, few have implemented ESG strategies into their investment portfolios. AllianzGI called it a missed opportunity for advisors, adding that only 14 percent of investors said their advisors had discussed ESG as a strategy.

The rock 'n' roll band GOODING is on a nationwide tour unlike any other. The band is playing concerts at schools throughout the United States, jamming about savings accounts, credit scores and predatory leading. The band recently played at Miami Senior High School, its latest stop of more than 200 tour dates. The goal is to give teens information about smart investments and financial pitfalls in a way that doesn't bore them, according to the Miami Herald. The band partnered with Laura Steckler, a financial advisor at Steckler Wealth Management Group, for the Miami concert. Steckler said she's concerned young people are graduating from high school without the tools they need to succeed financially. Florida only requires financial literacy to be taught in the 12th grade, something Steckler and the band says is too late. “I screwed up my credit score before I even knew what a credit score was,” Gooding, the band's lead guitarist and vocalist who only goes by his first name, told the students. “A lack of knowledge about money can get us in trouble.”