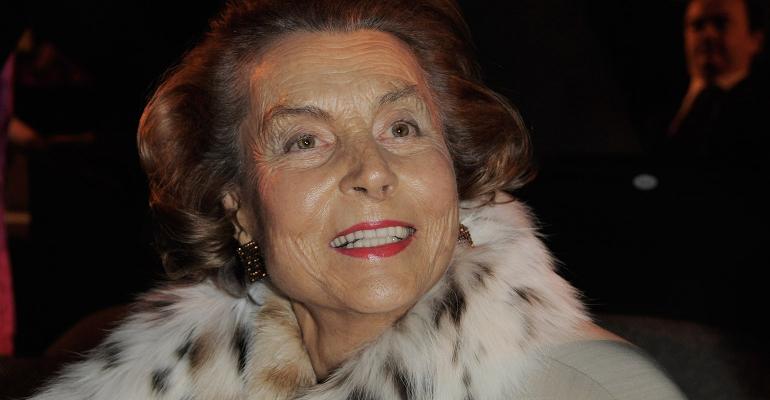 Liliane Bettencourt, the heir to the L'Oreal cosmetics fortune and the richest woman in the world, has died. She was 94. Bettencourt's net worth was estimated to be approximately $35.9 billion, but it was not without controversy. In 2007, her daughter filed a lawsuit against Bettencourt's best friend, François-Marie Banier, who was accused of taking advantage of Bettencourt's frailty and accepting more than $1 billion in gifts, including paintings and life insurance policies, according to The Guardian. Banier denied the allegations, but the case led to expansive inquiries that included French President Nicolas Sarkozy. Alice Walton, who is 67 years old and worth $38.3 billion according to Bloomberg, is now the richest woman in the world.

iCapital Network announced plans to acquire the U.S. private-equity access fund platform from Deutsche Bank, adding 33 funds and $2.5 billion in invested assets to its platform for high-net-worth investors. iCapital will use its technology to automate the ongoing administration of the funds and provide operational support for investors. With the acquisition, iCapital will have about $5 billion in private fund assets. “We see this deal as an important step forward in our mission to connect alternative asset managers with high-net-worth individuals, and are excited to work with a new universe of advisors and investors who can benefit from our state-of-the-art, tech-enabled services,” said Lawrence Calcano, CEO of iCapital Network.

According to a new TD Ameritrade survey, single adults have more friends, are more likely to volunteer their time, and are as healthy or healthier than their married peers, but fall behind when it comes to finances. This could open an opportunity for advisors. Nearly a third of singles named “having complete control” over finances as the biggest benefit to not getting married, but they also tend to know less about the stock market and are less likely to be saving for retirement or have an emergency fund. Almost half of singles are worried about running out of money in retirement, and one-third said they want to retire now but can’t afford it. “The good news is that singles can redefine the American dream on their own terms by taking financially prudent steps such as saving for retirement early, sharing expenses with a roommate or family member and establishing an emergency fund, said Lule Demmissie, the managing director of retirement and long term-investing at TD.