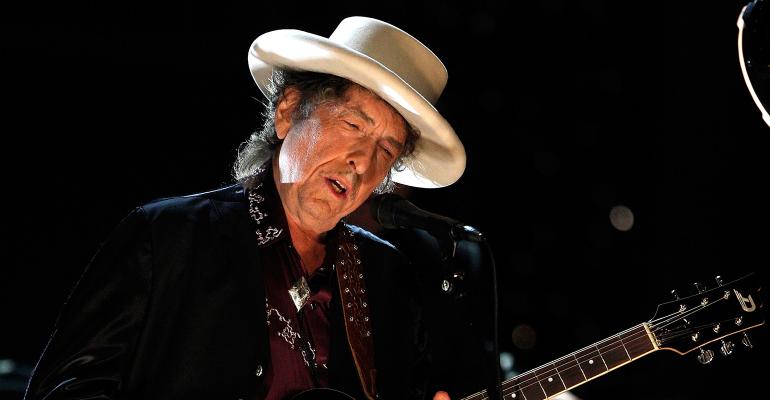 Why Are Aging Rockers Cashing Out Their Music Catalogs?

Estate liquidity may be the key.

In his iconic 1975 track “Money Blues,” Bob Dylan laments his inability to afford basic necessities like rent and groceries: “Where does the money go?” he asks. The answer?  “Well, I give it to my woman / She ain’t got it no more.”

Apparently, the times they are a’ changin’.

Many of America’s best-known agents for change have become some of its wealthiest and most successful capitalists. Recently, Bob Dylan, Neil Young, Stevie Nicks, Shakira and several other famous musicians have cashed out by selling their music catalogs.

The 79-year-old Dylan’s catalog fetched $300 million. No longer a youthful crazy horse, Young, 75, sold 50% of his catalog for about $150 million. Meanwhile, 72-year-old Nicks sold 80% of her archives for $100 million. The list goes on among popular artists with a couple of major buyers and another 40 or 50 sellers so far.

Related: With No Will, Prince Loses the Control He Zealously Guarded

Outside of a big payday, the question is: Why are so many aging music icons selling now?

As super-successful rock stars age, they’re realizing that their song catalogs represent large, illiquid assets in their estate(s). Making that intellectual property liquid can save their heirs from having "fire sales" to pay massive estate taxes after the artist passes away. Selling also saves the artists’ heirs from having valuation disputes with the government or from internal squabble with other heirs.

On the surface, it may seem hypocritical that Woodstock-era champions for social change are selling out when they cash in big on their music catalogs. In reality, they’re doing some very smart planning. Also, they realize that traditional music revenue models are a changin’. Even pre-pandemic, aging musicians were touring less than they used to, and thanks to the internet, radio play and album sales are essentially nonexistent. Music is sold by streaming, and revenues are dramatically different and less predictable. That’s not going to change when the pandemic subsides.

I’m certain a number of factors weigh into each individual artist’s decision to cash out whether in whole or in part. But, as an estate planner, I can’t help but think that estate liquidity is a major motivation. Each artist has turned an unknown and valuable asset into cash. For the artist, this should make dividing their estate easier and possibly less contentious. For the artist’s heirs, trying to value the music catalog fairly and completing a sale within nine months of their parent’s death—when estate tax is typically due—is no easy task. Fire sales are fire sales, after all, but a strategic sale takes time.

Music catalogs have a valuation metric if the artist is well known—typically a multiple of future revenue. But a lot depends on the artist and the expected popularity of future play. For big names, there are plenty of willing buyers, including big music publishers and private collectors (Michael Jackson once bought the Beatles song catalog), but the sale process often can’t be completed within nine months of the artist’s death. It can also take time to sort through all of the offers.

Although many artists still perform, they realize their careers (and lifespans) are sunsetting. All but Shakira are well into their 70s. They know it’s time to get their affairs in order, and doing so with cash should provide a foundation of resources and a certainty that didn’t exist before.

Also keep in mind that some sales are more of a strategic wind-down of the estate; they’re not desperation fire sales. As mentioned earlier, Young retained 50% of his catalog post-sale and Nicks retained 20%.

When music catalogs are sold, they’re taxed at favorable capital gains rates, and yes, they can be donated to charity in a tax-advantaged way. Bottom line: Clearly written wealth transfer instructions, whether by trust or other mechanism, constitute good planning. You don’t want your clients’ estates to end up like Aretha Franklin’s or Prince’s.

“And don't criticize what you can't understand …
Your sons and your daughters are beyond your command.” – Bob Dylan (The Times They Are a-Changin’)