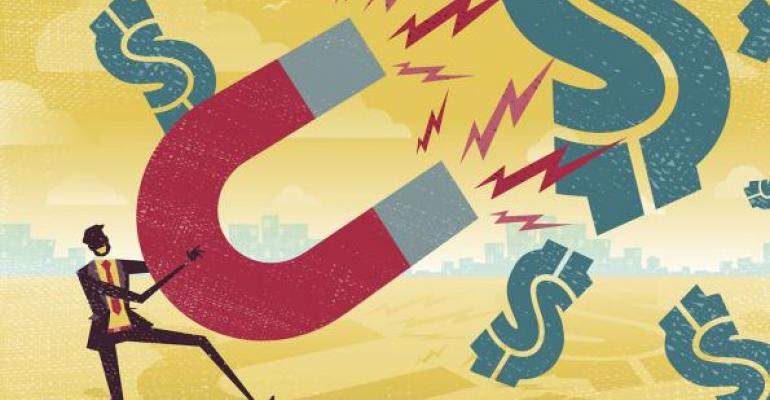 When SPACs and Carried Interest Collide

Advisors will have to consider more bespoke structures when attempting to reconcile these powerful techniques in a single plan.

By now, most of you reading this will have witnessed the proliferation of special purpose acquisition companies (SPACs), both in financial circles as well as in popular culture. Shaquille O’Neal, Tony Hawk, Serena Williams, Alex Rodriguez, Jay-Z, Steph Curry and Colin Kaepernick are just some examples of celebrities getting in on the ground floor of SPACs, not to mention a number of different private equity funds and other investors. Some recently launched SPACs are, indeed, reaching for the moon and beyond by focusing on space exploration.

There’s no denying the excitement surrounding investments in SPACs due to the perception that these investments may have the potential to achieve stratospheric growth. However, because of the speculative nature of SPACs, the current value of an interest in the founder vehicle (which holds founder shares) may be worth substantially less than the potential future value of that interest. In addition to founder shares, there are other stakeholders in the SPAC ecosystem that own different types of equity interests that also have the potential for substantial growth. For example, owners of target companies to be acquired by a SPAC may have a greater opportunity for wealth transfer planning than from a traditional pre–initial public offering (IPO) or pre-appreciation standpoint. In addition, public investors in the SPAC upon the IPO, as well as private investments in public equity (PIPE) investors, may be able to structure the ownership of their shares to benefit from the appreciation potential. Regardless of which asset you’re working with, it’s important to check that you’ve properly packed and planned for the (potential) “Trip to the Moon.”

The sponsor’s right for founder shares (either outright or via a founder vehicle) to benefit from potentially substantial appreciation in connection with receiving a 20% share of the SPAC post merger will no doubt draw some comparisons to the other type of vehicle with which many in the estate planning community have become very familiar: the so-called “2 and 20” structure in connection with private equity and hedge fund vehicles. In the case of a SPAC, this is due to the fact that the sponsor puts up an initial “peppercorn” investment (typically $25,000) to form the SPAC and on the de-SPAC would be entitled to 20% of the merged company. In the case of a general partner (GP) of a fund, the GP will typically be entitled to a 20% allocation of the profits of the underlying fund, yet would have only made a much smaller capital investment (for example, 1%). A SPAC structure, however, provides more avenues for potential wealth transfer because there are more “players” or stakeholders, all of whom hold different equity interests, and sometimes a combination of different equity interests, which have different levels of appreciation potential.

SPACs are often structured in a bespoke manner, and the deal struck among the different players can take different forms and may even morph over time. With increasing frequency, it appears that variation from any kind of “basic structure” is becoming the norm. While there are some “cousin concepts” that we can start with in the process of digesting how to plan with SPACs, once we start dissecting different structures and distilling the issues, the comparisons between these cousin structures quickly diverge and it appears that an obvious go-to approach may not necessarily be available in many cases. Thus, when considering SPAC wealth transfer, it’s important to be fluent in the rules typically applied in analyzing a carried interest transfer structure but realize this will inherently need to be more tailored. Importantly, advisors must be aware of how seemingly small variations in different structures can result in quite different solutions.

As private equity funds increasingly invest into SPACs in different capacities—for instance, as an owner of the founder vehicle, in the target, in PIPEs and/or in Public A shares—it’s critical when considering wealth transfer approaches with different SPAC interests to not disrupt existing planning that may have already been put in place for the principal “up top” at the fund level or is being contemplated going forward.

In addition, potential deemed gift tax issues can arise under Internal Revenue Code Section 2701 when making transfers of different classes of equity interests to different generations of family members as well as to spouses, their entities and trusts for their benefit. While some of the concepts may apply in the same manner as with carried interest transfer, the structures and entities are different, and different exceptions and approaches may be at play.

When considering the transfer of shares in the founder vehicle, a proper valuation must be obtained to determine the fair market value, taking into consideration all the relevant facts known at the time of the transfer. In this manner, the valuation question is eerily reminiscent of the issues often encountered in the carried interest planning space, with echoes of “why isn’t my carry worth zero” reverberating and now evolving into “why isn’t my founder vehicle worth only $25,000” for gift tax purposes. Valuation of an interest in a closely held business is an inherently difficult task in any situation. In the case of an interest in a founder vehicle of a SPAC, in which a de minimus amount is contributed, but has the very real possibility of blossoming into a value of hundreds of millions of dollars in a couple years’ time, what exactly that interest is worth at any given time along the relatively short lifespan of a SPAC is that much more challenging.

In the case of pre-appreciation planning for the owner of the target, as well as owners of A shares and PIPEs, it’s equally important that a proper valuation be obtained with what are difficult to value assets.

Given the valuation uncertainty, certain types of valuation adjustment mechanisms might be considered, including GRATs or perhaps formula adjustment or price adjustment clauses.

Wealth transfer structures are complicated with many moving parts. When coupled with planning for SPACs, this becomes even more dynamic, and some approaches used in the carried interest context may not necessarily be applicable. This will require advisors to fully understand the individual facts and circumstances of each case and develop more bespoke structures.