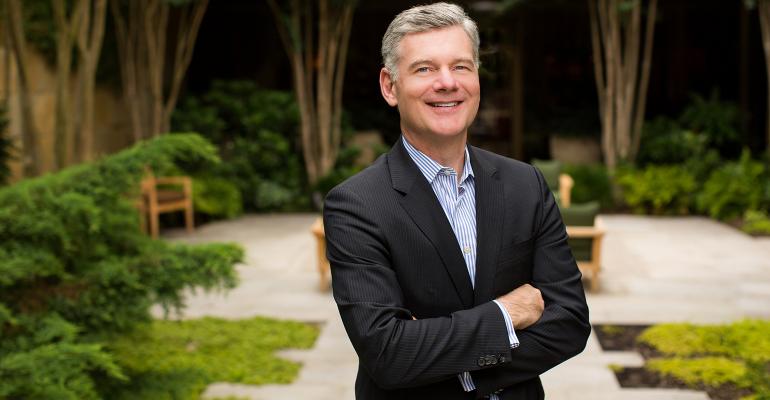 The head of RIA Morgan Creek Capital recently launched an ETF to diversify investments in the blank-check companies.

Special purpose acquisition companies, or SPACs, made up most of the growth in the U.S. initial public offering (IPO) market last year. In 2020, SPACs raised $79.9 billion in gross proceeds, topping the 2019 record of $13.6 billion, according to Nasdaq.

There is even a SPAC focused on acquiring firms in the wealth management space, guided in part by Larry Roth, former CEO of broker/dealer Cetera and a long-tenured executive in the financial advisory industry.

However, SPACs have also received a fair amount of bad press, with many pointing to subpar returns for investors.

Related: SPAC Rush Leads Active ETF to Go All In on Blank-Check Companies

WealthManagement.com: How do SPACs work?

Mark Yusko: SPACs are an alternative to a traditional IPO. SPACs were created decades ago to be blank-check companies. A sponsor group does an IPO to raise a pool of capital, then, tries to acquire a business.

In the early days, SPAC issuers were primarily financial backers looking to sell one of their underlying investments through the SPAC. Those didn't perform well. What performed well was when experienced managers sponsored a SPAC to acquire a company in their industry.

In 2015, the Securities and Exchange Commission changed the rules in recognition of this divergence, poor performance and the fact that half of them would raise money and couldn't consummate a deal.

The 2015 rule changes allowed companies issuing SPACs to make forward-looking statements, and that enabled a new segment of the market to open up to this SPAC merger process.

Over the past six years companies excluded from the traditional IPO system migrated to the SPAC structure to find capital. It became the preferred method of going public for high-growth, innovative industries. Last year, there were 90 SPACs.

About two-thirds were in five areas: space travel and exploration, electric vehicles, autonomous driving, online gaming (gambling), and e-sports. These companies don't have track records, and many don't have revenues or profits. These are companies where the best days are ahead of them.

WM: What are the advantages for an investor?

MY: In a traditional IPO the average investor is locked out of the process. The underwriter sets the price and allocates shares to its biggest clients. The average investor has no chance of gaining access to IPO shares. Anyone can buy a SPAC IPO at the offering price of $10 a share, because by rule, you don't know what the SPAC will acquire in the future. Anyone can buy shares. To me, that's a democratization of access.

Detractors say, "But, you're not guaranteed knowing what you're buying."

No, you're not. But that's another great thing about SPACs. When the SPAC announces the deal, the SPAC unit holder can elect to participate, getting shares in the new merged entity, or get his money back plus interest because the money is invested in Treasury bond equivalents until the merger. Your worst outcome is you get your money back plus interest. That is a pretty good outcome for something that you consider a failure.

When you buy SPACs, you also get warrants, which can be exercised for a profit if the SPAC merger goes well. In a worst-case scenario, those warrants have no value, but you got them for free.

For issuers, the advantages are a cheaper way to go public than IPOs with more flexibility.

WM: What are the disadvantages?

MY: The market is relatively new, so it's not as deep and liquid as the traditional IPO market. Most are small caps, so they will be less liquid and harder to trade.

There’s obviously no guarantee that the SPAC sponsor is good at picking companies to merge with. And they can hold the money for up to two years until they find a deal.

WM: Are SPACs in a bubble?

MY: To say SPACs are in a bubble would be like saying ETFs are in a bubble. A SPAC is simply a legal structure. It depends on what it merges with. Certain segments of the tech market are in a bubble; by that I mean their valuations are extreme. Are there overvalued SPACs? Absolutely. Are SPACs overvalued in general? No. There are 400 SPACs, and we think a lot are undervalued. That's why we believe active management is so important.

WM: What's the advantage of buying an ETF where I have no idea what I'm getting?

MY: If you buy our ETF, one-third of the portfolio is SPACs, where we have identified what we believe are the best sponsors. These people have proven track records as good allocators of capital and have done great deals in the past. The other two-thirds are in post-merger combined entities, where we have extreme depth in knowledge. There are 86 securities in the portfolio. The portfolio breakdown is 31% pre-combination SPACs, consumer, cyclical, 24%, consumer, non-cyclical, 15%, technology, 10%, communications, 8% and others.

WM: An IPO forces people to prove things when they go to the market. Why aren't SPACs just an end around the SEC to avoid scrutiny and circumvent the checks and balances that go into a traditional IPO?

MY: It's not an end around in any way, shape or form. The SEC established SPACs 50-plus years ago and in 2015 redefined the rules so that you had to meet very stringent criteria to issue a SPAC. The sponsors have to put up risk capital and if they don't find a company to buy, they lose their money.