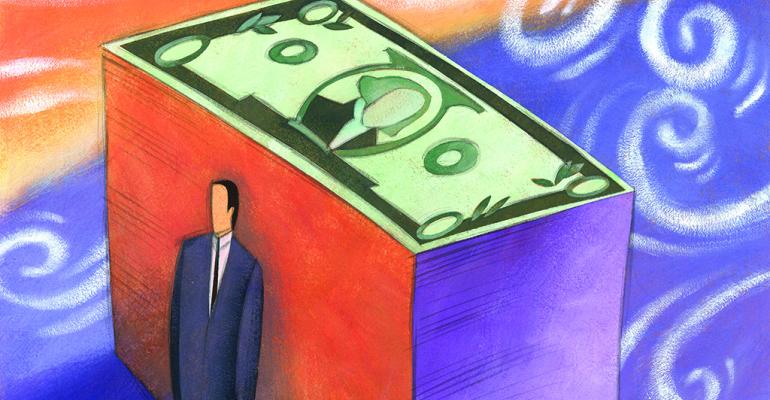 Financial advisers to the wealthy are starting to bet that tax rates will fall as early as next year.

(Bloomberg) --For wealthy Americans, the outcome of the 2016 election could be lucrative.

Democratic candidate Hillary Clinton proposed hiking their taxes. Donald Trump, her Republican rival and now the president-elect, proposed the opposite: $6.2 trillion in tax cuts over the next decade, according to the Tax Policy Center’s analysis, with the top 1 percent by income getting almost half the benefit. That translates into a 13.5 percent boost to their after-tax income, compared to a 1.8 percent increase for taxpayers in the middle fifth of incomes.

No one knows if Trump can get such big tax cuts for the rich through Congress, even one controlled by the GOP. They could open the gap between the wealthy and everyone else still further, while ultimately widening the U.S. budget deficit and taking resources from other priorities such as health care and retirement.

But financial advisers to the wealthy are starting to bet that tax rates will fall as early as next year. And they’re telling clients to make their move before the end of 2016 to maximize the payoff.

Rich Americans generally have the most flexibility in taking advantage of these tactics. “You’re really only talking to a small percentage of people who can really react to things like this,” said Tim Steffen, director of financial planning at Baird. But middle-income taxpayers, including retirees, should also consider taking steps now that might save them extra money in the event of a tax cut.

The standard advice from tax planners is to lower your tax bill in any given year by pushing as much income as possible into future years and taking as many deductions as possible for the current year. Sell a stock that’s done well in December, for example, and you’ll owe taxes on those gains in four months, by the Internal Revenue Service deadline in mid-April. Wait until January, and taxes aren’t due for more than a year.

It’s the opposite for investments that have done poorly. Taxpayers can “harvest” losing stocks at the end of the year by selling them and then using those losses in April to lower their bill.

The strategy is all the more powerful if tax rates drop. Why finalize the sale of a business in 2016 when there's a chance you'll be able to keep more of the proceeds for yourself down the line?

“This is an exercise we normally go through,” said Michael Kassab, chief investment officer at Calamos Wealth Management. “It takes on greater urgency this year.”

That's especially true if any tax bill passed next year applies to 2017 rather than taking effect in 2018. There are precedents for this: A tax cut in 2001 and a tax increase in 1993 both took effect in the same year they were passed.

So consider these seven smart tax moves for rich and middle-income alike — and don’t miss the last one.

PaychecksSalaried employees generally can’t tell their employers to wait until January to cut December’s paychecks. But small-business owners, along with those who earn commissions, may have more flexibility. A consultant owed for work in 2016 might wait until January to bill her clients.

Retirement tax breaksSalaried employees can make sure they're maximizing their contributions to their 401(k)s and other pre-tax retirement accounts in 2016. Even if this means they have less to save next year, the trade-off may be worth it. The tax break on a 401(k) or individual retirement account will be less valuable in future years if tax rates fall.

Retirement itselfIf you’re living off a 401(k) or IRA, it might make sense to stop taking money from those accounts through the end of the year, said Peter Schumacher, a CPA who is a vice president at Cleary Gull Advisors in Milwaukee, as long as you have enough cash to meet your needs. By lowering your distributions from pre-tax retirement accounts in 2016, you’ll lower your tax bill this year and potentially end up paying a lower rate when you replenish your cash supply next year.

Medical expensesTaxpayers can deduct medical expenses if they amount to more than 10 percent of their income, or 7.5 percent for taxpayers 65 and older. If you’re scheduling an expensive procedure and you’re close to your threshold, you might try to get it done before the end of the year, when the medical deduction might be more valuable than in 2017.

PropertyYou can get a deduction on your federal taxes for any local taxes you pay. If you have any flexibility in when you pay property taxes or state income taxes, consider shifting those deductions into 2016. The same is true of the mortgage interest deduction. An extra mortgage payment in 2016 might make sense.

In fact, wealthy people, especially those who own businesses, have a variety of options for delaying income and maximizing deductions. For example, if a business is planning to buy equipment, it might consider making those purchases this year to boost deductions on their 2016 taxes. Business owners have more flexibility in when they bill clients and pay employees, too. They might fast-forward employee bonuses into 2016, instead of early next year, to lower their taxable profits in 2016.

The rich are also better able to take advantage of tax-loss harvesting, because they're more likely to own individual stocks in taxable brokerage accounts, rather than through mutual funds or in 401(k)s or IRAs. And the wealthy can afford accountants and tax advisers to figure it all out for them.

Still, some middle-income taxpayers can use the same strategies. For instance, if you give a certain amount to a charitable organization every year, consider doubling it this year and taking the next year off, said Schumacher. These tax-deductible contributions may be far less valuable next year, and not just because tax rates might fall. Trump has also proposed raising the standard deduction substantially, which could mean that far fewer taxpayers need to itemize their deductions in the first place.

Don’t go overboardTaking too many deductions in 2016 could trigger the alternative minimum tax, or AMT, an extremely complicated system designed to limit deductions for well-off taxpayers.

Meanwhile, holding on to a winning stock until 2017 may mean you pay a lower capital gains tax rate, but you also risk seeing those gains evaporate if the market crashes between now and then.

“Let it be an investment decision first,” Baird’s Steffen said. “You’d rather sell a day too early rather than a day too late.”