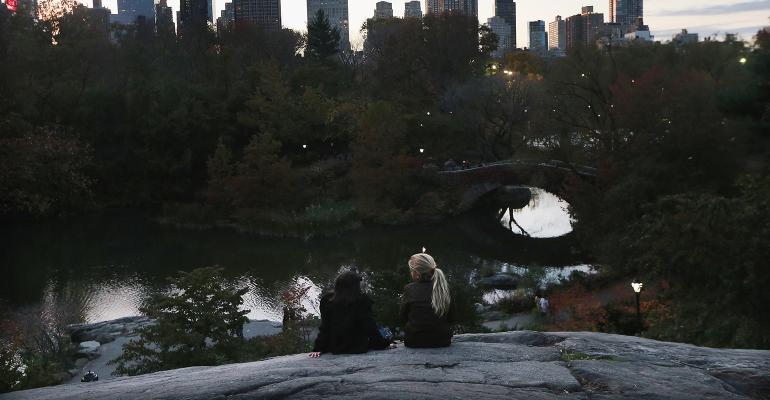 What Are Qualified Opportunity Zones?

Tucked inside the 2017 Tax Cuts and Jobs Act was a potentially significant tool for deferring and reducing capital gains.

If you have clients who are investors looking for interesting new tax strategies, they’re in luck. Tucked inside the 2017 Tax Cuts and Jobs Act was a very limited, but potentially significant, tool for deferring and reducing capital gains. The law’s objective is to promote investment in qualified opportunity zones.

Who Can Benefit?
Any taxpayer who realizes capital gains and wishes to defer the U.S. tax on those gains. Subject to certain restrictions, capital gains can be deferred and reduced by investing the gains in QOZs property.

How Long Can Gains Be Deferred?
Until Dec. 31, 2026, so investing this year will produce maximum deferral.

How It Works
Congress included gain forgiveness for QOZ investments held for certain numbers of years. At 5 years, 10 percent of the originally deferred gain will be effectively forgiven. At 7 years, another 5 percent of the originally deferred gain will be forgiven. This is accomplished through basis adjustment. The taxpayer’s basis in the property is increased at the 5-year holding period, and again at the 7-year holding period. Again, deferral can’t extend beyond Dec. 31, 2026, so for maximum tax reduction, your client should invest by Dec. 31, 2019. Another tax reduction occurs when the taxpayer holds the QOZ property at least 10 years. At that time, the property can be sold or exchanged, and the taxpayer won’t realize gains on the property’s appreciation. Even if the QOZ property doubles in value and is sold, the taxpayer’s total tax liability can be limited to 85 percent of his original purchase price.

What’s the Catch?
To defer gains, the taxpayer must invest the gains in a QOZ within 180 days of a realization event. This can be done by purchasing stock or partnership interests in businesses that are physically located in qualified zones or by investing in a QOZ fund, which pools investments in qualified zones. Most major fund providers have established or are creating eligible funds, but there will be no history for investors to review, so these tax opportunities come with unique investment risks. Additionally, it’s possible that future legislation could change the rules and benefits associated with QOZ investments.

What Counts as a QOZ?
The tax law established certain parameters and criteria for identifying QOZs, but left the final selection of particular census tracts to state authorities. There was a short window for states to identify census tracts, and that process is now complete. The final map is available online. As one might anticipate, the selection of census tracts has followed the letter of the law, but hasn’t necessarily carried out the stated goal of promoting growth in economically distressed areas. For example, while many struggling cities and impoverished rural areas have large numbers of tracts selected, New York’s Central Park and Boston’s Public Garden also have been designated as QOZs. If one wishes to invest exclusively in highly developed areas of major cities, there are many census tracts that qualify.

Transactions with “Related” Parties
To qualify for QOZ deferral, the taxable gains must result from the sale of property to an unrelated party. “Related” parties are narrowly defined to include only one’s spouse, ancestors (parents), lineal descendants (children and grandchildren) and members of a controlled business group. Gains from a sale to a sibling or to an entity outside a controlled business group may qualify for QOZ deferral.

Death During the Deferral Period
Deferred gains received from a decedent will not get a step-up in basis because they’ll be treated as income in respect of a decedent. The allocation of IRD can disrupt estate tax planning, so any taxpayer making a major investment in a QOZ should have an estate plan review.

Example: Let’s say your client already sold his business interests to his brother on June 1, 2018 for $11 million. He had a tax basis of $6 million, so he realized a gain of $5 million. Before Nov. 28, 2018 (within 180 days of the sale), he’ll invest the $5 million of gain in a QOZ fund. For this example, let’s assume he’ll retain that investment 11 years. Here’s what happens as the years pass. In 2019, he’ll make the appropriate elections on his income tax return. He won’t pay any capital gains tax on the 2018 sale of his business interests to his brother in 2019 because his gain will be locked up in the QOZ fund. In 2025, his $5 million of gain will be reduced by 15 percent through a basis adjustment. In 2026, he’ll recognize the remaining $4.25 million of gain on his 2026 tax return. He’ll still hold the property, and his adjusted basis will be $5 million, matching his original investment in the QOZ fund. When he finally sells the property in 2029, he’ll receive yet another tax break: His basis will be stepped up again to the fair market value on the date of sale or exchange. He’ll pay no tax on the property’s appreciation.

No Cap
There’s no cap on this. A billion-dollar gain, invested in one or more qualified opportunity zones and held for 5 years before Dec. 31, 2026, will save the investor over $20 million in taxes.