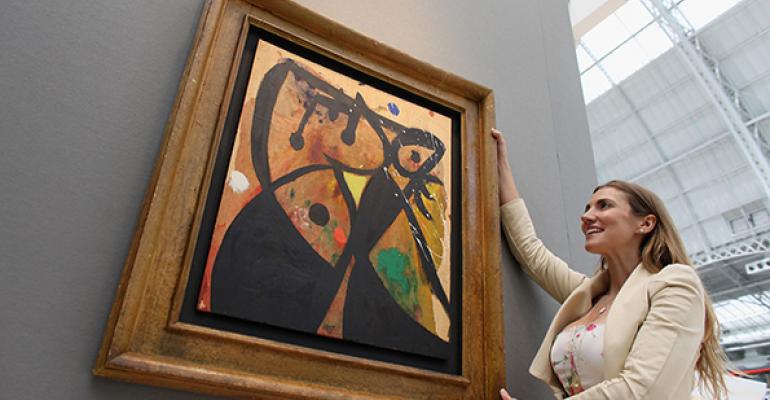 The Wealthy Are Terrible at Taking Care of Their Collectibles

The rich don't take care of their collectibles, FINRA bars Hank Mark Werner for fraud and Morgan Stanley adds Zelle to its app.

A quarter of wealthy investors are collectors, but they aren’t necessarily good at taking care of what they collect. Only 51 percent of collectors said they ever had their collection appraised or insured, according to the latest UBS Investor Watch report. That seems crazy given the potential value of some of the most popular things respondents collected: gold, fine art, antique furniture, precious jewelry, cars and wine. It seems especially strange since most (57 percent) of those surveyed also saw their collections as passions, rather than simple means to diversify their investment holdings, and 47 percent admitted they overpaid for pieces in their collection. Hank Mark Werner, a broker from Northport, N.Y., has been barred from the industry for fraudulently churning and excessively trading the accounts of his client, a blind elderly widow, according to the Financial Industry Regulatory Authority. A FINRA panel determined that Werner “plundered” his customer’s accounts by engaging “in such an active trading strategy that, when the high commissions he charged were taken into account, it was impossible for [the customer] to make money.” He had been the widow’s and her late husband’s broker since 1995. After the husband’s death in 2012, Werner made more than 700 trades from October 2012 to December 2015, generating about $210,000 in commissions, while the widow lost more than $175,000. He was ordered to pay more than $155,000 in restitution to the widow, as well as $80,000 in fines and $10,000 in disgorgement, representing commissions he received for an unsuitable variable annuity. Morgan Stanley Wealth Management is the latest financial services firm to start using Zelle, a peer-to-peer payment service. Available through the Morgan Stanley mobile app, the service, called Morgan Stanley Send Money with Zelle, allows wealth management clients to send and receive money from almost anyone with a U.S. bank account using just their email address or mobile phone number. Zelle, which is backed by big-name banks like JPMorgan Chase, Citibank and Bank of America, is seen as an alternative to digital payment providers Paypal and Venmo, and is more attractive to less tech-savvy users because of its affiliation with the big-name banks.