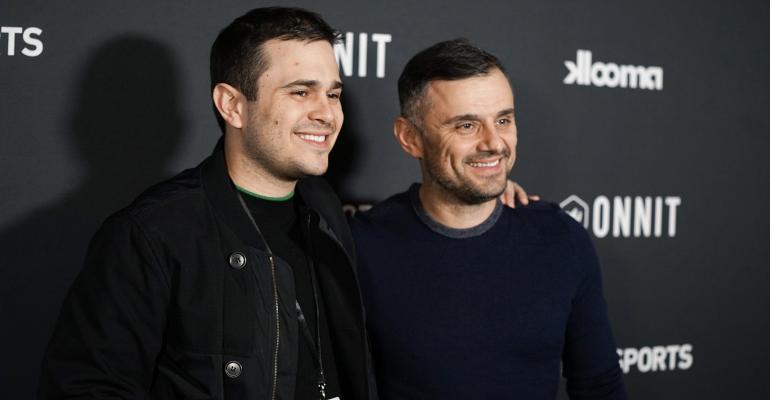 "The most likely outcome is that it's all going to go to zero."

Entrepreneur and social media darling Gary Vaynerchuk is throwing his hat into the representation for professional athletes ring, and he believes his angel investing experience offers him unique insight.

Gary is an immigrant who paved his rise to success after transitioning his father’s local liquor store to a wine e-commerce giant in the 90s. Better known as “GaryVee” by his followers, he’s become a staple on social media.

“We were doing a lot of private investing and what started to happen was more and more professional athletes were doing that same type of activity.”

They saw an evolution in how athletes entered the investment space and a wide gap within the athlete representation industry that underserved this facet of an athlete’s financial strategy.

As a result, they launched VaynerSports, which now represents 60 athletes across the NFL, MLB, E-sports, MMA and professional wrestling.

AJ, in tandem with outside financial advisors, guides his roster of pro athletes on their financial approach and investment acumen. Although AJ saw notable W’s in the VC space, he tries to bring athletes to the reality that it’s a rare occurrence.

“I can help these guys try to do the best job possible with their allocation, but what I always tell athletes, and I know financial advisors support, is the notion that ‘the far more likely scenario is that your early stage investment is going to be worthless.’”

“I say, if you're going to put $25,000 into a company– before you do, do me a favor... Close your eyes, imagine taking $25,000 all in $100 bills directly out of your bank account directly in your future savings, put it in a pile, douse it with lighter fluid and set a flame because that's the most likely outcome. Yes, it's sexy. Yes, it's exciting. Yes, there's a chance to do five X, 10 X, 100 X, but the most likely outcome is that it's all going to go to zero because that's the risk that comes with a rich stakes investment.”

In general, AJ believes these types of investments should see a relativity small percentage based on the entire picture of networth.

“I think everybody has different scenarios. So, mostly when I'm working on this with athletes, I'm doing it in collaboration with their financial advisor. I personally don't have a horse in the race. I don't care if the financial advisor says 1% of your assets should be for this, 10%, 6%, because at the end of the day, once there's a number to work with that's where I come in.”

Although he represents athletes across multiple pro sports, the investment interest he sees is less to do with the sport they play and more to do with their income bracket.

“Depending on how much the person is making in their sport dictates their interests. So, if an athlete is early on in their career, I think they're less concerned about the investment strategies and more about actually accumulating and obtaining the wealth.”

Real estate has become a very common interest among his clients.

“When you get to the folks that have made real cash, $10M+, that's where you get into a little bit more of the interest in the shiny, risky, venture capital-type activity. And what type of venture capital activity [applies to the athlete] depends on their own interest as a human.”