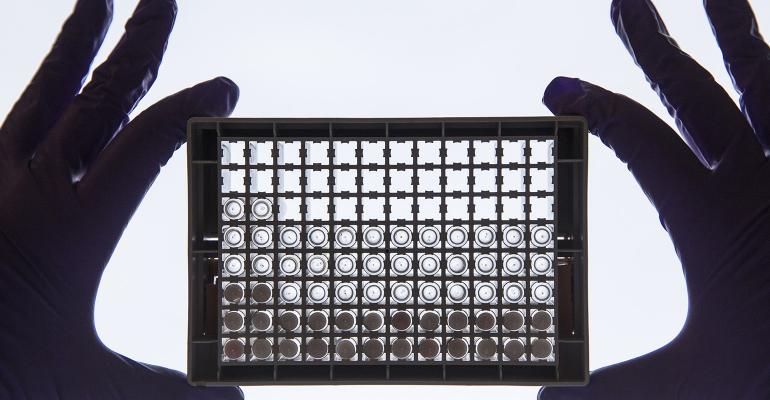 The Trump administration’s proposed budget would decimate public sector support for basic scientific research. Advisors can help mission-driven clients fund a worthy cause and pick up the slack.

Scientific research and innovation is facing uncertain and troubling times. The uncertainty arises from change at the top of the federal government, but also from the longer-term realities of funding for basic research.

Consider the note sounded in November 2016 by 2,300 researchers across the U.S. who, under the auspices of the Union for Concerned Scientists, endorsed a statement to then President-elect Donald Trump underscoring what’s at stake when it comes to government support for research:

“Without this investment, children will be more vulnerable to lead poisoning, more people will be exposed to unsafe drugs and medical devices, and we will be less prepared to limit the impacts of increasing extreme weather and rising seas.”

Yet, in his first budget request to Congress released on March 16, the President proposed cutting the budgets of both the National Institutes of Health and the Department of Energy’s Office of Science by nearly 20 percent, along with big cuts in research programs at the Environmental Protection Agency and the National Oceanic and Atmospheric Administration.  The federal budget requires Congressional action but, for researchers, the apparent agenda is worrying.

Public sector support for critical research seems suddenly under siege. But the fact is that such support has been on the wane for years, and private funding isn’t doing its part to fill the gap. It’s way past time to remedy this and financial advisors can play a vital role.

The strain on public funding for scientific research has been long evident. Boston University Research, citing data from the American Association for the Advancement of Science, notes that federal spending on R&D as a share of the gross domestic product has been in “a long, slow slide” since the 1970s, when it peaked above 2 percent.

Whether or not basic research gets funded should be no trivial concern. The list of future-altering innovations grounded in basic research is endless, encompassing the Internet, lasers, gene sequencing, and countless medical advances, to say nothing of the fact that more than half of all wealth creation since World War II can trace its roots back to a research grant.

But curiously, to this point, private philanthropic support has played only a modest part in pushing basic research forward. In 2013 Fiona Murray of the Massachusetts Institute of Technology calculated that private sources, including both individuals and foundations, contributed about $7 billion annually to U.S. research in science and medicine, a number that represented only about 2 percent of the $335 billion in U.S. philanthropy that year, as totaled by Giving USA.

Simply put, critical research is starving for dollars, and the prospective impact on the viability of our national economy and the health of our overall society is incalculable. How to close the gap?

We desperately need to start leveraging the untapped funding potential of individual givers who want to take their giving to the next level in terms of meaning and outcomes. In fact, new research shows that there is a perfect set-up for financial advisors to draw more individual donors into the research funding mix, for individuals could not believe more strongly in the intrinsic power of their giving and are most highly motivated to give by the potential for true impact.

According to the 2016 U.S. Trust Study of High Net Worth Philanthropy, the longest running and most comprehensive survey of its kind, the vast majority (91 percent) of high net worth households donate to charity, compared with just 59 percent of households generally.

Individuals most want to give when they see a “mission” at work (54 percent) and believe their gift will genuinely make a difference (44 percent). Yet, perhaps most meaningful for advisors, wealthy donors say their greatest challenge when it comes to charitable giving is identifying what causes they care about and deciding where to donate (67 percent).

What’s the take-away? We believe that philanthropic individuals are ready to start playing a bigger part in funding basic research and innovation. Advisors have an opportunity to create an added, powerful point of connection to clients by satisfying their desire to give with purpose, focusing their attention on the thousands of scientists and academicians working tirelessly nationwide to bring forth solutions to society’s most intractable ills and challenges.

Job one is to better equip these individuals with the right funding opportunities and tools, and sustain their confidence in their giving’s effectiveness. Indeed, about half of the individuals surveyed by U.S. Trust aren’t sure that their gifts actually are achieving the impact they desire.

The good news is that those approaches are out there now. For example, advisors can help clients deploy donor-advised funds; such funds hit an all-time high of $22.26 billion in 2015, as more and more donors have used them to support specific causes with a cost efficiency and focus level sometimes not available when giving to large organizations.

Such funds are tailor-made for targeted giving to basic research. At the same time, advisors can tap emerging digital platforms that give researchers across many disciplines the opportunity to showcase their work and invite dedicated funding from philanthropic individuals. In return for funding, such platforms offer an ongoing relationship with the researcher marked by regular updates on the progress of their work, in short, direct line-of-sight for donors to their giving’s tangible impact.

No one can say with certainty from what sources critical research will most effectively draw its financial support in the months and years to come. It seems clear, however, that government will not take the lead.

But advisors can put the vital future of research and innovation squarely in the hands of committed individuals and, in the process, solidify relationships with clients primed to appreciate the value of their service. It’s time to seize that opportunity.

Christian Braemer is the co-founder and CEO of Benefunder, an online marketplace bringing together philanthropists and researchers, a founder of national, free wifi network Joe Media (later merged with OpenEye Global) and a former financial advisor with both Morgan Stanley and Merrill Lynch.