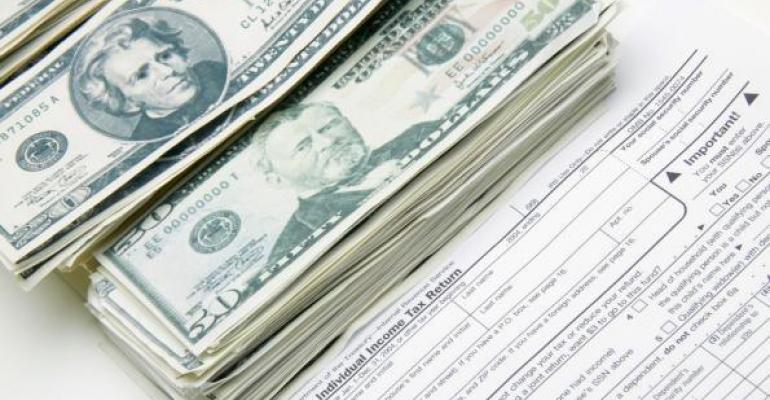 See the following for an overview of the steps needed to handle this issue for a client.

Trusts are ubiquitous in asset protection and estate planning. Regardless of a client’s wealth level, he should be using trusts to avoid problems such as a minor child inheriting money outright; giving an adult child an outright inheritance, which is risky due to the possibility of divorce; or subjecting a gift or inheritance to the reach of a donee’s creditors. But whenever trusts are involved, the wealth planning professional  (whether a CPA, attorney or wealth manager) must understand how the trust is taxed. Here’s an overview for those not familiar with trust income taxation. We’ll define some of the jargon that makes this area of the tax law difficult for many.

When using trusts for income tax purposes, there are two broad categories:

When you’re planning for trust income taxes, or working on a trust income tax return, the first step to take is to review the trust document, which provides a blueprint of the trust. All of the finer-point details are in that document and bear critical importance when one is seeking to understand how to handle the income tax reporting of the trust. It’s vital to gain a grasp of the terminology, provisions, language, trigger dates, directives and where the fiduciary accounting income may need to be distributed. You want to be aware of dates when something is supposed to occur, such as mandatory distributions at certain ages, and monitor closely so as not to miss these key events for both practical and tax reasons. The document itself presents the overview of the trust.

Some financial advisors and accountants don’t feel fully comfortable reviewing a trust document because some trusts can be very complicated and sophisticated legal documents. The financial planner or accountant may opt to meet with the attorney that drafted the trust and go through the instrument. There’s no reason not to, and it’s a very worthwhile investment for the trustee to have the attorney who drafted the trust meet with the accountant who’s preparing the fiduciary income tax returns to have the drafting attorney walk the accountant through that instrument and ensure that everyone is on the same page. Similarly, for a wealth manager investing trust money, an understanding of the terms of the trust, anticipated distributions, restrictions on investments, swap power, etc. is essential. In both cases, the accountant and investment advisor can create a summary of the trust provisions relevant to their roles with the guidance of the drafting attorney.

As a planning thought, if you’re working on a trust that has four beneficiaries and one is living in a no-tax state like Florida, and one resides in a high-tax state like California, you can, if the trust permits, opt to shift income as part out of the trust to the beneficiary in the lower-tax state. This example, however, assumes that there aren’t other non-tax reasons for not making a distribution to that beneficiary.

Separate and distinct from DNI, there’s  fiduciary accounting income (FAI). FAI is the “income” being referred to in the trust document when it says, for example, in a simple trust, “income must be distributed at least annually.” You need to be aware of what’s contained in the trust document as a starting point to correctly compute the trust’s FAI. The trust document may give the trustee discretion to allocate receipts and disbursements between income and principal. It’s very important to be aware of any such provisions in the document so that FAI is correctly determined. If the document is silent as to the determination of FAI,  then you’ll have to look to the state law where the trust is governed. Many states follow the Uniform Principal and Income Act, but be careful as many states adopting this (and other) uniform laws add their own twists and modifications. It’s important to  correctly compute FAI because that’s what’s actually being distributed to your client’s beneficiaries. DNI then comes into play to act as the ceiling in figuring out how much of a deduction the trust can get. The trust could distribute FAI in excess of DNI, but DNI represents the amount of income on which the beneficiaries would be subject to income tax and the deduction the trust can take for distributions made.

Net investment income tax (NIIT) as it applies to trusts is another area of trust income taxation that’s important to understand. The trust could be subject to NIIT if there’s undistributed net investment income in the trust and the trust’s taxable income is over $12,700 (for 2018). In addition to the highest capital gains tax rate of 20 percent being applicable at this level of taxable income in a trust, the trust will also be subject to the 3.8 percent NIIT.

We talked earlier about distributing income from the trust to beneficiaries who are in lower-tax states to save on state income tax. Similar to that logic is making allowable distributions from the trust to avoid the NIIT. Knowing the trust beneficiaries’ individual income tax situations is key to doing the proper tax planning for a trust. One thing to consider when dealing with the NIIT is whether the trustee is an active participant in the business that’s generating the income. As an example, if your client isn’t actively involved in a family business, the income he receives would be subject to NIIT. If his interest is transferred to a non-grantor trust and the trustee is active in the business (it’s not fully clear how the determination is made that a trustee participates enough to be considered “active”), then the NIIT should no longer apply.

Pulling It All Together

The starting point is combing through the trust instrument to see what that provides for and striking a balance, which is often difficult, if not impossible, between the state income tax issues, the NIIT issues and grappling with the new Internal Revenue Code Section 199A deduction, which we haven’t covered. Even if you grasp all of these points, that’s still not the end answer. Consider this: What if you can decant the trust and merge it into a new trust with slightly different provisions, or a trust protector makes changes to the trust, or the resignation of a trustee brings on a successor trustee who resides in a different state? The point is, you can influence some of these factors. It’s an incredibly complex array of issues that are sometimes very interrelated, and the planning has to balance all of that.