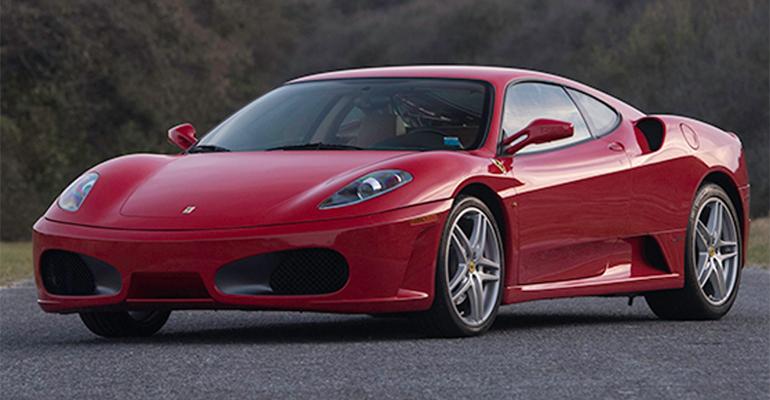 While top-end cars and properties have not been doing as well in recent months, the market for works of art have seen patches of both boom and gloom.

By Narae Kim and Julie Verhage

(Bloomberg) --A president with expensive tastes is proving no guarantee for luxury assets.

Related: These Are the 10 Cars to Watch for at the Amelia Island Auctions

Even Donald Trump is having trouble getting a good price for his Ferrari. A 2007 F430 F1 Coupe once registered to Trump Towers left the sales block without meeting its reserve price at a Florida auction last month.

As sales of the Italian supercars -- which make up what portfolio manager and car collector Sean Gambino refers to as the “most robust” end of the classic car market -- stagnate for the first time since the financial crisis, pricey Manhattan condos are lying unsold and European Impressionists can’t be shifted.

From automobiles to art to property, here’s a look at how luxury investments are holding up. “After a sustained period of recovery from the end of 2015, boosted by sterling’s decline against the dollar and euro, the market is facing some resistance," said Liv-ex director Justin Gibbs.

The index is composed of French and Italian vintages. How 2016’s Bordeaux are priced –- and received -– will determine the next move, Gibbs said.

What growers and buyers are saying about the 2016 vintage

After sustaining an extensive post-crisis run of losses, “the sense that wine prices can also decline is stronger in the minds of collectors," according to Tommy Keeling, an analyst at International Wine & Spirit Research. Among spirits, Keeling expects malt whiskey to perform best this year, followed by cognac.

Bidding for a Ferrari once owned by the president stopped at $240,000 at the April auction, $10,000 below its expected lower bound. The lot did end up changing hands in a private sale for $270,000, according to a statement from the auction-house -- yet that price still fell short of estimates.

Gambino, a portfolio manager at Heron Bay Capital LLC, says he was recently on the opposite side of a similar transaction. “I had a broker looking at two cars for me but we passed on both, and both did not sell," he said of the pair of automobiles, a 1974 Porsche Carrera 2.7 and an early 1970s BMW 3.0CS. “The reserve was too high." The dip in Ferrari prices is reflected across the market for high-end collectibles more generally, with the overall Hagerty Collector Car Index extending its slump in 2017.

According to Brian Rabold, vice president of Hagerty Valuation Services, there’s a divergence taking place in the upper and lower ends of the market.

He says the sell-through rate for vehicles valued above $100,000 has fallen from 69 percent to 64 percent, while the rate of those below $100,000 has increased by a similar margin over the last 12 months.

“Over the next year we expect growth at the top of the market to continue to slow down while more affordable first-tier substitutes will continue to excel," Rabold said. He sees demand shifting from Porsche to BMW, from Datsun 240Z to Datsun 280Z and from Ferrari Testarossa to Ferrari 456, for example.

A narrowing in the fortunes of high- and low-end segments is taking place in property, as in classic cars. Consider Manhattan apartments: the cost of renting one with a doorman fell for the seventh consecutive month in April compared with the year before, while the cost of one without the perk rose to a record. The price of luxury rents in Trump’s home town fell 6.7 percent per-square-foot between December and March of 2017. And that’s no seasonal trend: prices rose in the first quarter of both the preceding years.

“Nobody is drinking the Kool Aid anymore,” Darren Sukenik, broker at Douglas Elliman, said in an interview. “When it was go-go times and people were just throwing money around, people bought into that dream,” he said, adding that the slowdown was most acute in the market for homes above $20 million, which is sustained by speculative buyers.

The record-setting $110.5 million sale of a Jean-Michel Basquiat at a Sotheby’s auction last week is one sign that after a difficult year, parts of the art market may be flouting the trend evident elsewhere in luxury. The untitled Basquiat canvas set a record for American artists at auction, and led a week that saw auction houses accrue an unexpectedly sturdy $1.6 billion in sales, according to artnet.

Returns for the asset class come down to what kind of art one is investing in, argues the editor of Knight Frank’s report, Andrew Shirley. That’s shown in the stratospheric returns on the Basquiat -- which was bought for $19,000 just over 30 years ago. "Across most sectors of the luxury-investment universe buyers are becoming more circumspect about paying over the odds for their acquisitions, and art is no exception," said Shirley in an interview. "For example, the performance of Old Masters has been quite muted for several years now, with contemporary art more in vogue," he said.

One place luxury is outperforming? The stock market, where a Bloomberg Intelligence-devised basket of companies that includes Samsonite International SA, Burberry Group Plc and LVMH has, over the first five months of 2017, exceeded broader equity-market returns.