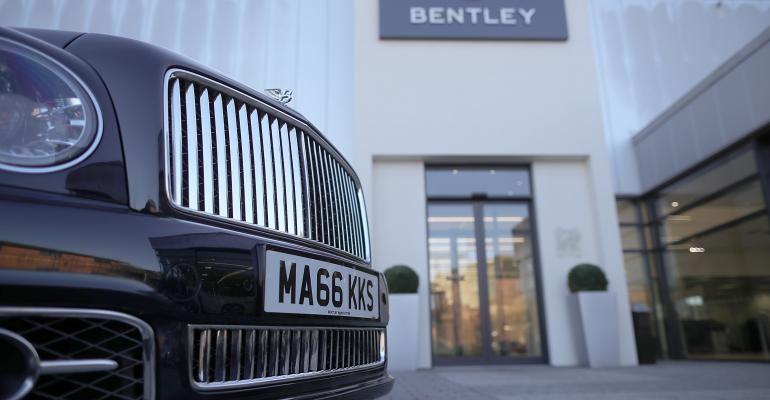 Start Slideshow ›
Porsches. And Jaguars. And Bentleys. Oh my!

(Bloomberg) --Next week marks the beginning of Amelia Island Concours week, the swanky celebration of vintage and collectible cars on a balmy island off the coast of Florida.

The main event—a prestigious judged car show—happens on Sunday, March 12, but the most exclusive events happen in the days preceding, with hundreds of rare and beautiful cars on sale from the world’s most esteemed auction houses. Prospective buyers have examined catalogs and attended previews and ponied up entrance fees of up to $300 for the right to bid.

In fact, the once-quiet and sunny little car show held mainly at The Golf Club of Amelia Island and The Ritz-Carlton, Amelia Island, now sets precedents for the more well-known sales later in the year.

“In recent years the Amelia Island Auctions have quickly emerged as a significant indicator for the public auctions segment of the classic car market,” said Jonathan Klinger, the spokesman for the vintage auto insurer Hagerty. “It is no longer just Arizona auctions in January and Monterey in August that matter.”

Indeed, last year saw $135 million in cars sold over the course of the weekend. This year is likely to bring similar results, even though 14 percent more cars are on sale this year. According to Hagerty predictions, the final cull will be $135 million to $140 million among all five auction companies that will sell there this year (RM Sotheby’s, Gooding & Co., Bonhams, Hollywood Wheels, and Motostalgia).

On the other end of the price spectrum, analysts expect models from the 1980s and even early 1990s to continue the upward path that started a year ago. The number of classics from 1980 and newer offered this year has increased 50 percent over last year, according to Hagerty. The RM Sotheby’s Amelia Island sale alone includes 13 vehicles from the ‘80s and ‘90s, plus plenty of modern supercars.

“Modern classics continue to be the hot topic that enthusiasts are talking about, not least because they are exciting new additions to sale catalogs,” said Alain Squindo, the chief operating officer of RM Sotheby’s. “While ‘50s and ‘60s cars once dominated auction offerings, we’re seeing greater diversity and a growing number of vehicles from later eras in catalogs today.”

Those are much more affordable, with prices close to that of a $65,000 1980 Toyota Land Cruiser Series 40 or $30,000 1990 Lotus Esprit. And watch for Porsches and Aston Martins in general—both have seen drastic increases in the amounts sold this year over previous years. The number of Aston Martins on offer this year alone has catapulted 530 percent, from three in 2016 to 19 this year.

In short: Amelia Island has something for everyone. Here are 10 winners to watch for next weekend.