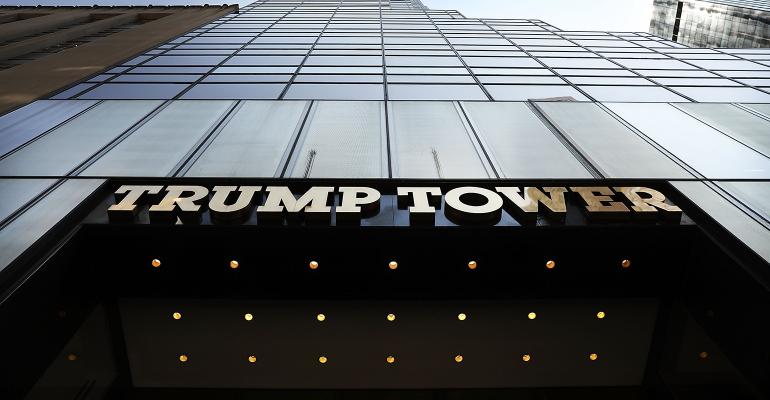 Five activities that can jeopardize a foundation's tax-exempt status.

Recently, we’ve seen the issue of Private Foundation (PF) governance come into very public focus with the settlement of a lawsuit brought by New York’s attorney general against President Donald Trump. The suit claimed the president used his private family foundation, The Trump Family Foundation (TFF), to further his 2016 political campaign, promote his businesses and pay business debts. A judge ordered Trump to pay $2 million in damages to nonprofit groups after he admitted to misusing the funds.

The perils of poor governance are tremendous, as portrayed in this story of the TFF. The foundation was terminated, and the remaining assets were distributed to several charities that have no connection to Trump. Three of his children, who were officers of the TFF, will undergo training to ensure they don’t engage in similar misconduct. It was stated that the board hadn’t met in nearly two decades to review things like the TFF’s expenditures.

Officers, directors, trustees and employees of PFs have the responsibility to ensure the organization meets its ongoing compliance obligations and avoids activities that can jeopardize its exempt status. Here are five examples of such activities:

1. Private benefit and inurement. IRC Section 501(c)(3) prohibits a PF from benefiting insiders, individuals or organizations. The intent is to ensure tax-exempt organizations serve the public interest and not a private interest. For example, a prohibited inurement would include payment of unreasonable compensation to an insider. Finally, individuals benefiting from certain transactions with PFs may be subject to self-dealing excise taxes.

When these requirements are violated, excise taxes and penalties could be assessed against the PF. In the case of self-dealing, the excise tax may be imposed on the disqualified person(s) (DPs). Under IRC Sections 4946 and 507, DPs include substantial contributors to a PF, family members of substantial contributors, PF managers (for example, directors and officers) and business entities of which a DP owns a significant interest. In addition, government officials are also considered disqualified persons (IRC Section 4946(c)). There’s a two-tier excise tax imposed on PFs and DPs engaged in prohibited acts. The first-tier excise tax is automatically imposed if the PF engages in prohibited acts. The second-tier tax is imposed if the PF fails to correct the violation within a specified period of time.

3. Political campaign intervention. PFs are prohibited from participating in any political campaign. In the IRS Publication 4221-PF Compliance Guide for 501(c)(3) Private Foundations, the IRS clearly states that “contributions to political campaign funds or public statements of position made on behalf of the organization in favor of or in opposition to any candidate for public office clearly violate the prohibition against political campaign activity.” Revenue Ruling 2007-41 says that any activity, including voter education or registration activities, that exhibits a bias toward one candidate over another or has the effect of favoring a candidate or group of candidates constitutes campaign intervention. In fact, in Rev. Rul. 2007-41, the Internal Revenue Service takes the position that PF leaders can’t make partisan comments in official publications or at official functions.

4. Substantial legislative activities. Treasury Regulations Section 53.4945-2(a)(1) prohibits PFs from lobbying, and PFs will jeopardize their tax-exempt status by lobbying. In addition, according to IRS Pub. 4221-PF, PFs spending money on lobbying will incur excise tax on expenditures; the tax is so significant that it generally acts as a lobbying prohibition. Under the substantial part test, a PF that conducts excessive lobbying in any taxable year may lose its tax-exempt status, resulting in all of its income being subject to tax. In addition, a PF is subject to an excise tax equal to 5% of its lobbying expenditures for the year in which it ceases to qualify for exemption. In addition, a tax equal to 5% of the lobbying expenditures may be imposed against the responsible parties.

5. Failure to file. Failing to file the Form 990-PF for three consecutive years automatically revokes the tax-exempt status for a PF. As summarized in IRS Pub. 4221-PF, filing penalties for Form 990-PF include $20 per day for each day the return is late ($100 per day for large organizations with annual gross receipts in excess of $1 million), not to exceed the lesser of $10,000 ($50,000 for large organizations) or 5% of the organization’s gross receipts unless the failure to file was due to reasonable cause. The person or persons responsible for the failure to file are subject to a penalty of $10 per day (not to exceed $5,000) if the return isn’t filed by the date specified by the IRS in a written demand for payment unless such failure to file is due to reasonable cause.

An Ounce of Prevention

Advise your client families with PFs to adopt strong governance and family policies which, if adhered to, can ensure that board members are meeting their fiduciary duties and avoiding situations like those outlined above. One key governance document is the investment policy statement (IPS). The IPS outlines important financial specifics such as the foundation’s time horizon, investment goals, spending policy, performance benchmarks and investment restrictions. The IPS can also define roles and responsibilities for officers, directors and committees with respect to the PF’s financial management, as well as delineate the authority of outside professionals, including investment managers, consultants, and tax and legal advisors. Establishing these policies, and engaging the right professionals along the way, can help fulfill the family’s philanthropic mission and protect the PF’s tax-exempt status.