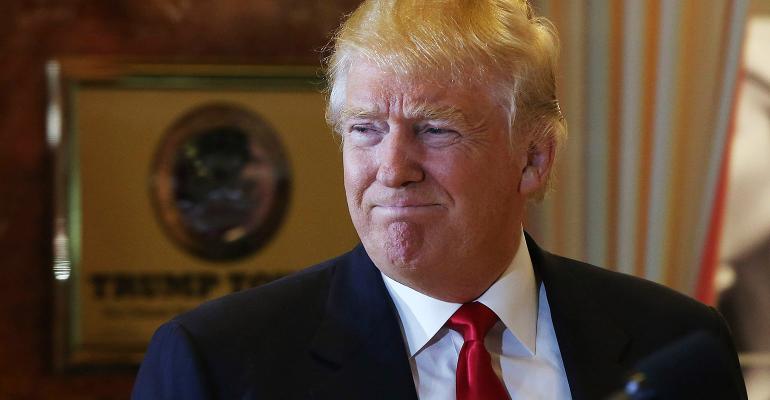 Donald Trump may have won the presidential election, but he’s worth less today, according to Forbes’ latest billionaires ranking. The publication says the president’s current net worth is $3.5 billion, down from $3.7 billion in October 2016. A year ago, Forbes reported Trump’s net worth at $4.5 billion, landing him 336th on the annual billionaires list. This year, he ranked 544th. “Midtown Manhattan real estate is down. Therefore, so is Donald Trump’s fortune,” the publication said, in a statement. Bill Gates is the richest person for the fourth consecutive year, with a net worth of $86 billion, followed by Warren Buffett worth $75.6 billion.

If there was one thing holding bitcoin back from being more stable and attracting some of the bigger investors, it's been the lack of regulatory compliance. However, according to Fortune, Coinbase, who runs the GDAX exchange, announced it was launching margin trading, which allows investors to leverage their bets on bitcoin by a factor of three. It's important because the ability to trade on margin is widely used when trading traditional assets, and is something institutional investors expect. GDAX expects margin trading and the regulatory compliance that comes with it to attract hedge fund high-net-worth investors, and the likes of Cantor Fitzgerald to bitcoin, with investment banks such as Goldman Sachs and J.P. Morgan possibly following suit. "It's a matter of waiting for the first mover, then the fast followers will come," said Coinbase Vice President Adam White.

A recent study of 401(k) plans revealed who has the best-rated plans and the worst. Perhaps not surprisingly, white-collar jobs had the best 401(k)s, based on a number of factors including returns. Accounting, followed by the legal and insurance industries, had the best plans. Educational, accommodation and food services were the industries with the worst-rated plans.