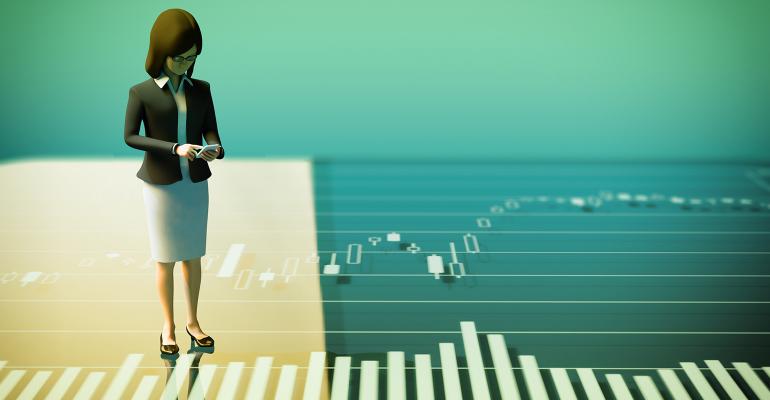 The higher up the income ladder you go, the smaller the proportion of women, and it's only getting worse, according to a New York Times article that features new research on the topic. While the number of women in the top 1 percent of income earners increased throughout the 1980s and 1990s, they have accounted for only 16 percent of this group for the entirety of the last decade. And of the 2,500 billionaires in the world, only 12 percent are women, a shrinking number. At this pace, a research paper for the National Bureau of Economic Research predicts, it will take 100 years for women to make up half the population of the 1 percent.

President Trump Is Going to Be Good for Wealth Management Managing money has always been a lucrative business, but now if the proposals coming from President-elect Donald Trump's administration go into effect, they could make money managers and their clients even more wealthy, Russ Alan Prince writes for Forbes. Prince states that Trump's proposed income tax cuts on the wealthy will put more money into their hands and those who manage their wealth. Lowering corporate tax rates will also help business owners, and a decrease in regulations could lead to lower costs and higher profits. In addition, repealing the estate tax will provide huge opportunities for wealthy families and wealth managers who would help them navigate the process.

Digital advice provider Betterment is launching a new podcast series, “Better Off,” to be hosted by Jill Schlesinger, an Emmy-nominated business analyst for CBS News and host of the nationally syndicated radio show “Jill on Money.” The robo advisor is working with DGital Media, an audio engagement company, to create the podcasts. Schlesinger will seek unconventional insights on money and life from people in finance, entrepreneurship, sports and entertainment. “I love solving financial problems, and it has always been my goal to help people better understand money, without all of the jargon,” she said, in a statement. The podcast episodes will be available for download from iTunes, Google Play, Spotify, Stitcher, TuneIn and others starting Jan. 5. Cambridge Investment Group’s longtime CEO Eric Schwartz, who founded the Fairfield, Iowa–based independent broker/dealer over three decades ago, is stepping down from his role to serve as executive chairman of the board. He is not retiring. Amy Webber will take over Schwartz’s CEO responsibilities, in addition to her current role as president. In other senior leadership changes, Chief Technology Architect Ryan Reineke has been named chief operations and technology officer. General Counsel Seth Miller will also serve as chief risk officer, and Senior Vice President Kyle Selberg will become chief business development officer. The changes were effective Jan. 1.