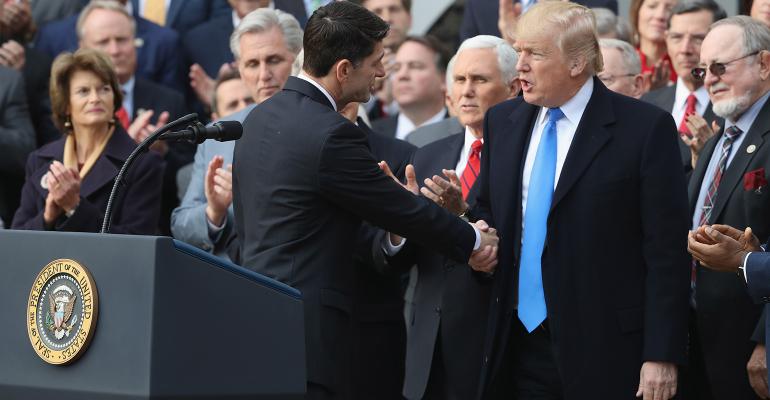 What exactly does the final version say?

By Jay Darby and Kimberly Larie

Both the House and Senate have passed the Republican tax overhaul and, depending on where you fall on the political spectrum, it’s either a great moment for democracy or the end of the world as we know it. Either way, both sides can agree it’s been a really confusing ride. With the House and Senate’s respective proposals now giving way to the conference committee plan, which incorporates elements of both—and which, apparently, even some of the people who voted on haven’t read in its entirety—you’d be forgiven for wondering “what exactly is in this thing anyway?”

In order to help clear up the confusion about what’s in the final plan, and from which chamber’s initial plan a given approach is adopted, here’s a comprehensive chart (all section numbers refer to the final bill):

Jay Darby is a tax partner and Kimberly Larie is an associate, both at Sullivan & Worcester.

Some of the information in this article is drawn from Bloomberg.