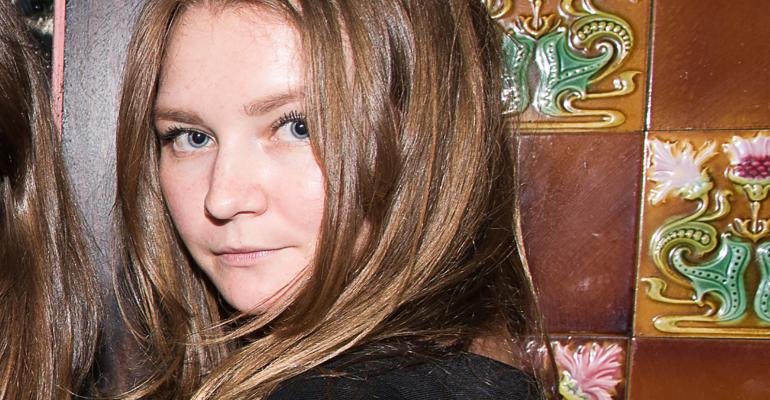 How much due diligence is necessary to protect clients from fraud?

In the post-Bernie Madoff era, banking institutions and investors are on perpetually high alert for potential fraudulent schemes, con artists and the like. In fact, many institutions have reformed their due diligence standards to prevent such a repeat disaster in the future, which is what makes the story of 28-year-old Anna Sorokin (who went by the name Anna Delvey to those who crossed paths with her) so intriguing. Her story serves as a wake-up call to clients seeking to invest in the art world that they need to be careful.

A Swindler in Disguise

Sorokin burst onto the New York City social scene circa 2013, seemingly out of nowhere, befriending the names to know among the art and party crowd. In 2017, she quickly became notorious for tipping with $100 bills at the trendy 11 Howard hotel in New York City, where she lived. Keeping a mysterious aura, Sorokin claimed that she was a wealthy German heiress and laid out elaborate plans to open the “Anna Delvey Foundation,” a proposed luxury private members arts club, to anyone who would listen. She approached potential investors and lenders from major financial institutions, seeking a $22 million loan for the project. What most didn’t know was that Sorokin was actually a swindler, who managed to scam some $275,000, according to court documents, in the span of approximately two years. The Russian born German heiress wannabe is reportedly the daughter of a working class truck driver. Her story first made headlines last May, after a tell-all exposé by Jessica Pressler in New York magazine. Sorokin is currently on trial facing charges of grand larceny, attempted grand larceny and theft of services.

The most pressing question is how her scam got so far in the first place, something that prosecutors are trying to unravel. A recent artnet article reveals that the detailed 80-page brochure for her proposed “foundation,” which Sorokin presented to investors, name-dropped connections to art-world luminaries “including designer Daniel Arsham, former Warhol Museum director Eric Shiner, Moran Bondaroff gallery founder Al Moran and Sotheby’s vice president of global digital and marketing strategy Noah Wunsch.” Though it’s unclear how many of the individuals she cited in the brochure as future foundation “board members” and “advisory partners” knew they were being associated with Sorokin’s scheme, some of the well-known names will now take the stand to testify at her trial in the coming weeks.

However entertaining her saga may be, the reality of the matter is that Sorokin was able to swindle numerous reputable institutions out of thousands of dollars, including $100,000 she was able to borrow from City National Bank by convincing a representative to let her overdraft her account. The money was partially used to provide an initial payment to Fortress Investment Group, who was considering loaning her the money for her so-called art foundation. According to Time, the investment group had used about $45,000 of the $100,000 on the due diligence process and was in the midst of trying to verify her assets before completing the loan when Sorokin decided to withdraw from consideration. She allegedly kept the remaining $55,000 she borrowed from the bank, which she managed to burn through on personal expenses within a month. The money was never returned to City National Bank, despite Sorokin’s repeated promises for a wire payment.

Sorokin’s intricate web of lies also includes falsified bank documents, forged wire transfer receipts (which helped her secure her residency at 11 Howard and charter flights from a private jet company) and statements from non-existent accountants. The New York Post also reported that Sorokin even managed to rip off several leading law firms, including racking up some $160,000 in legal fees at Perkins Coie during her attempt to secure a lease for 281 Park Avenue South, the building in which she planned to house her arts club.

Protecting Your Clients (and Yourself)

Due diligence is key to protecting clients from falling victim to a scammer. Amelia K. Brankov, counsel to the litigation group and the art group at Frankfurt Kurnit Kein & Selz, PC in New York City, suggests that potential donors should ask for details such as the name of the foundation, its employer identification number, as well as confirmation of tax-exempt status and tax returns. “Failure to provide answers to these questions should serve as red flags,” says Brankov. She also points out that confirming tax-exempt status helps ensure that the donor will be able to claim a charitable deduction on her tax return. The Internal Revenue Service has a list of organizations eligible to receive charitable contributions readily available on its website, and tax returns for 501(c)(3) organizations are required to be made public and can be accessed online.

Brankov also reminds us that, “in certain situations, especially with those fresh to the social scene, a healthy dose of skepticism can be useful.” Those who live in New York understand that you can encounter individuals with an unbelievable back story that’s actually true. But, she says, the old adage “trust but verify” still applies – if the person claims to rely on family wealth from overseas, what’s the digital footprint of the family that substantiates those claims? Brankov advises that before a client considers lending amounts of significance to others, she should perform due diligence on that person and consider obtaining security for the loan. And, as advisors and lawyers sure know, if providing services to a new client, consider requesting an advance fee against your services to protect yourself.

Sherri Cohen, vice president and director in Bonhams Valuations, Trusts and Estates Department in New York City, adds that trustees looking to consign works should always be vetted (by being asked to provide trust documents) to make sure they have authority to act. Cohen also says that even the most basic due diligence requirements, such as making sure an individual’s driver’s license address matches up with the address on their credit card statements or other bills can go a long way. In fact, in the Sorokin case, a similar discrepancy raised red flags—Sorokin told one of the banks she was born in Germany while an identification card listed her place of birth as Russia.