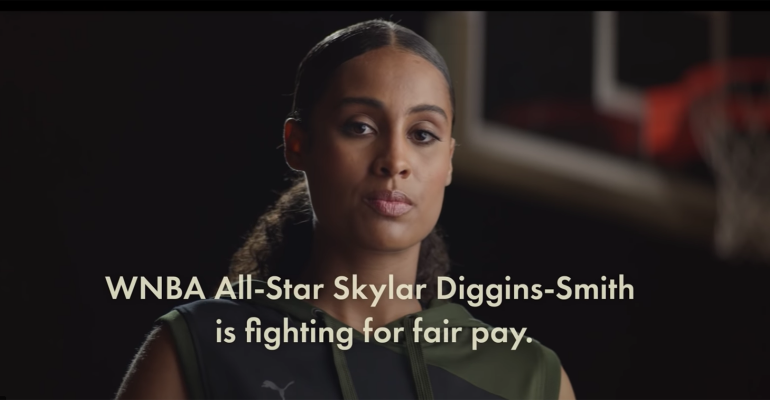 Automated investing platform Wealthsimple is hoping an ad based on a viral conversation about pay disparity in professional basketball will bring new investors to the platform. One of the robo’s new commercials features WNBA all-star Skylar Diggins-Smith addressing structural inequalities between the league she plays in and the NBA, according to Wealthsimple’s blog. Another endorsement from NBA rookie Mikal Bridges centers on the long-term financial planning needed by professional athletes.

The Toronto-based company believes investing is a way to close the “wealth gap” between men and women. The wealth gap manifests itself as a multimillion-dollar rift between the first-year contracts received by rookies in the NBA and WNBA, according to the story told by Diggins-Smith, who’s in her sixth year in the league. The Dallas Wings guard’s comments earlier this year even led to a conversation with Dallas Mavericks owner Mark Cuban.

Doubling down on its marketing, Wealthsimple made the same endorsement deal with Diggins-Smith as it did with Bridges, a first-year forward with the Phoenix Suns: a $50,000 long-term investment portfolio. “[G]iving someone a chunk of cash without some good old-fashioned long-term planning is in violation of everything we believe,” the company wrote on its blog of its decision to pay via investment. Giving professional athletes who endorse Wealthsimple a long-term investment account is one way of both addressing the uncertainty athletes face in their financial future and helping close the gender pay gap, according to the company.