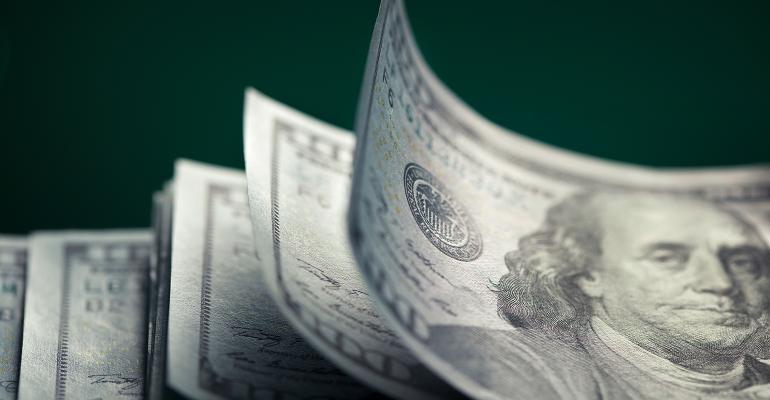 Drastically magnify the power of your clients' charitable dollars.

The Pass-Through Income Deduction under Code Section 199A (“199A Deduction”) allows taxpayers to deduct up to 20% of their pass-through business income. However, the deduction is either eliminated or limited when a taxpayer’s taxable income exceeds certain thresholds. Despite this limitation, charitably inclined high earners can stack tax savings by strategically making charitable gifts to push their taxable income below the 199A Deduction thresholds. This mechanism allows the taxpayer to receive both a federal income tax charitable deduction (“Charitable Deduction”) and the full 199A Deduction. The taxpayer has two primary options for making strategic charitable gifts: give directly to a charity in one lump sum payment or gift (“Lump Sum Method”), or give through a charitable trust. If charitable giving is done through certain charitable trusts, the taxpayer can retain an interest in the charitable gift. Either mechanism of charitable giving may allow the taxpayer substantial current tax savings while minimizing the cost to the taxpayer’s net worth. In a previous article, we covered the basics of each deduction. Now, we’ll get down to the nitty-gritty.

Stacking Effect of the Charitable Deduction With the 199A Deduction

Charitably inclined high earners who would otherwise have taxable income above the Maximum Threshold can use charitable donations to lower their taxable income below either the Maximum or Minimum Threshold to take advantage of part or all of the 199A Deduction. As described below, this has a stacking effect on tax savings and amplifies the value of each dollar given to charity. By allowing certain taxpayers to stack the Charitable Deduction and the 199A Deduction, the federal government has essentially subsidized charitable giving in a tax-advantaged way that goes far beyond the prior federal income tax benefits, at least until 2026.

CLTs can be used to stack the Charitable Deduction and 199A Deduction. For example, suppose a charitably inclined orthodontist (who is married and files joint tax returns) earns $416,000 in taxable income from her practice prior to any charitable giving. Assume that all $416,000 arises from a professional limited liability company that is treated as a sole proprietorship. The $416,000 of taxable income would push the orthodontist into the 35% federal income tax bracket and disqualify her from taking the 199A Deduction because her income is from an SSTB and exceeds the Maximum Threshold. Under this scenario, the orthodontist’s federal tax burden would be approximately $97,000.

At a growth rate of approximately 10%, the orthodontist’s net worth would not change. These results, of course, do not take inflation into account. Thus, each dollar of reduced net worth under the 3% growth environment had a roughly $2.73 value to the orthodontist’s charitable goals, all accomplished in a single-donor private transaction. It is almost as if the orthodontist donated only $40,000, and the IRS matched each dollar she donated with an additional $1.73 donation.

In comparison to the CLT Method, this Lump Sum Method still allocates $109,000 to the charity of the orthodontist’s choosing, requires a smaller initial output in Year 1 (just $109,000 instead of $150,000) and allows a slightly larger total deduction in Year 1. However, because the orthodontist does not get the CLT remainder after Year 3, her overall net worth is slightly worse off after three years. In a 3% growth environment, the orthodontist will have a net worth reduction of $44,400 after three years (i.e., $54,700 (tax savings) + $5,100 (3% growth on tax savings) – $109,000 (charitable contribution) + $4,800 (3% growth on $41,000 invested)). This means the orthodontist would be about $4,400 worse off after three years by donating $109,000 via the Lump Sum Method as opposed to the CLT Method. The gap between the two methods grows as the growth rate increases.

Overall net worth is not the only factor the orthodontist should consider when deciding whether to donate using the CLT Method or the Lump Sum Method. Though the CLT Method may leave her better off after three years, she may not be able to afford to put $150,000 into a trust at once. If the $109,000 payment is more manageable, she might choose to go the Lump Sum Method route even though she will end up with a little less money in the long run.

Notably, under both the CLT and the Lump Sum Methods the orthodontist is left with less money than when she started (at least $40,000 less in either scenario). As a result, it wouldn’t make sense for the orthodontist to take advantage of this situation unless she desired to make a charitable donation independent of the tax benefits. However, for the high-income taxpayer who is already charitably inclined, the double benefit of the Charitable Deduction and the 199A Deduction is highly valuable. In this example, the orthodontist’s chosen charity received a $109,000 donation for a net of only about $40,000 out of her own pocket, illustrating that the stacking of the 199A Deduction and the Charitable Deduction makes each dollar of charitable donation go further.

The CLT may not always generate a more favorable net worth outcome at the end of the term than the Lump Sum Method. While the examples illustrated here resulted in a slightly better outcome for the orthodontist when she used a CLT, the outcomes would change if the interest rate, term length, income level or donation amount changed. A taxpayer would also want to consider how the outcome would change if she used a CRT to make her charitable contribution.

With thoughtful tax planning, charitably inclined high earners can stack the Charitable Deduction and the 199A Deduction to maximize current tax savings and drastically magnify the power of their charitable dollars.