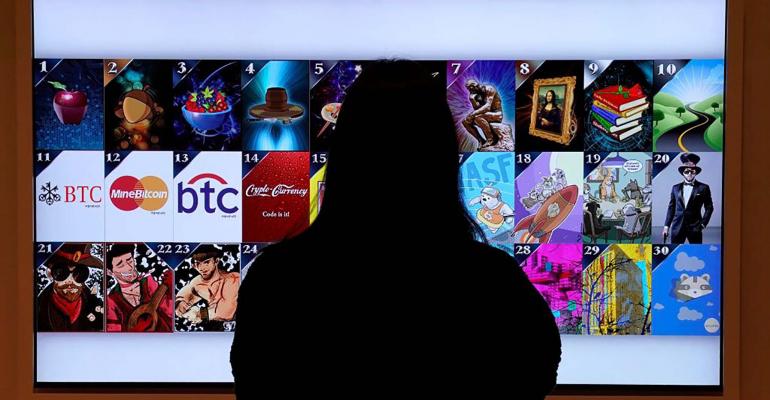 Small Group of Insiders Is Reaping Most of the Gains on NFTs, Study Shows

Investing frequently in a wide array of collections appears to lead to the highest profits, according to a Chainalysis study.

(Bloomberg) -- Non-fungible tokens are one of the hottest things in cryptocurrencies right now, with the prospect of big gains should the latest collection rise in value. But a new study from Chainalysis shows that a small portion of participants reap most of the gains.

Investing frequently in a wide array of collections appears to lead to the highest profits, Chainalysis said in its report. It added that whitelisting -- the practice of allowing a certain set of followers or others to purchase new NFTs at a much lower price than other users during minting events where a digital file is turned into a digital asset on a blockchain-- helps those people significantly.

“A very small group of highly sophisticated investors rake in most of the profits from NFT collecting,” the study said. “This is especially true in minting, where the whitelisting process gives early supporters of collection access to lower prices that result in greater profits. We also see possible evidence of the use of bots by investors looking to purchase during minting events, which could shut out less sophisticated users, and even result in failed transactions that cost them in fees.”

Read More: Even in the Metaverse, Not All Identities Are Created Equal

The practice of whitelisting appears to be similar to the preferential treatment of some insiders and investors that has long been practiced in the cryptocurrency world, especially with so-called initial coin offerings before the sales were shut down by regulators.

NFTs have burst into popular consciousness this year, with celebrities, sports teams and artists trying to get into the action, and the likes of Ripple and Paris Hilton backing efforts to move the space forward. But there have also been questions about what exactly one gets in terms of property rights when buying one, as well as transactions that appear never to have actually taken place and steep declines in some NFT prices.

“NFTs represent one of the most exciting, fast-growing areas of the cryptocurrency world, and have become especially popular with retail investors,” the Chainalysis report said. “However, those looking to collect and trade NFTs must understand how competitive the market is.”