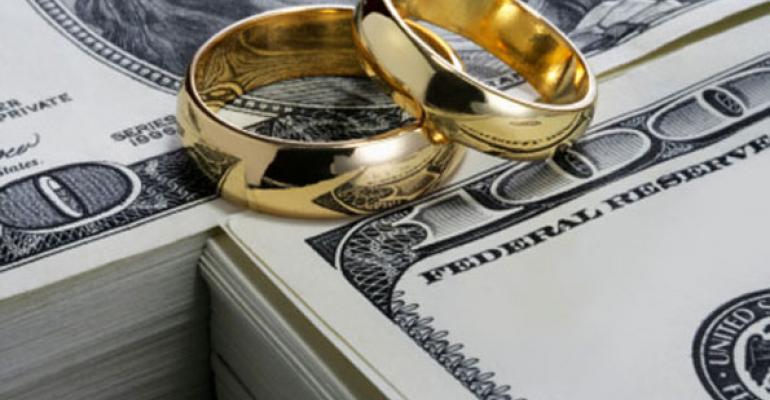 Start Slideshow ›
Mitigate the financial impact of a divorce and avoid legal battles.

Broach the topic of a prenuptial agreement and most people cringe.

Prenuptial agreements (prenups) carry a certain stigma and many misconceptions, such as, they’re for the very rich or uncaring; they’re an admission of failure before you even marry; they rob weddings of their romance and they are an “I get everything, you get nothing” arrangement.

A case could be made for these beliefs i.e., bad prenups. But the facts are, good prenups are necessary for high-net-worth individuals and those who have been divorced before and previously divided their assets.

Protecting one’s assets before marriage, especially in the cases referenced above, is the smart thing to do. I look at prenups as risk tolerance tools should a divorce eventually occur. It’s much like taking out a home or auto insurance policy. You don’t expect something will happen but you’re guarding against that potential eventuality. Prenups also go a long way in preventing an estate battle in the event of a spouse’s death during an intact marriage.

Prenuptial agreements aren’t solely to protect assets in case of a divorce. Couples who address fiscal goals proactively with a prenup can avoid estate battles when a marriage ultimately ends, whether in divorce or death. For example, when one spouse dies, a prenup can help preserve the inheritances of grown children, especially if the other spouse remarries.

Benefits of a Prenup

Prenups can’t eliminate the need to pay temporary support or temporary attorney’s fees pending final resolution of a divorce, nor can they address parenting issues such as timesharing or child support. Timesharing and child support must be decided at the time of divorce, taking into consideration the child’s (or children’s) well-being and the parties’ financial circumstances. However, prenups can protect against the transmutation of pre-marital property into marital property, the accumulation of marital property, claims for all forms of alimony or spousal support that continues beyond entry of the final judgment, requests for attorney’s fees and professional costs after entry of the final judgment.

Additionally, prenups can waive or fix certain rights that accrue on the death of a party during an intact marriage. By way of example, most states have laws which provide relief to someone who was disinherited by their spouse. Prenups can opt out of those laws and provide absolute freedom to the contracting parties. The agreement can waive all entitlements, provide for certain minimum guarantees, or merely defer to the estate plan in effect at the time of a spouse’s death.

While it’s true that the parties can challenge prenups, if there’s been a fair and reasonable disclosure of income and net worth, if the agreement is executed freely and voluntarily, and if there’s been sufficient time to confer with counsel and reflect on the finances and agreement terms, a court will most likely uphold the agreement. In fact, a number of court rulings and legislation in recent years have strengthened the validity of prenups.

Are there bad prenups? Absolutely, but these guidelines go a long way toward ensuring a more positive outcome for the HNW client looking to get married.