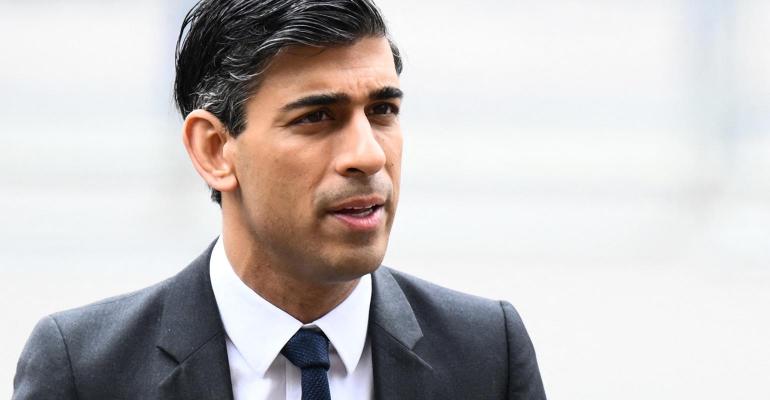 Is this a tax evasion scheme or a legitimate planning strategy?

The U.K. chancellor of the exchequer, Rishi Sunak, will travel to Washington, D.C., this coming week, after the British press recently revealed how the No. 2 person in the British government, who has been an MP in Parliament since 2015 and chancellor of the exchequer since February 2020, held a U.S. green card until October 2021. The press also disclosed that Sunak’s wife, Akshata Murty, had legitimately escaped U.K. taxes on millions of pounds of overseas investment income.

Sunak is a brilliant British national with Goldman Sachs credentials on his resume.

Sunak became a partner at two London hedge funds, where he became quite wealthy before age 40. Sunak and his wife met at Stanford University in Palo Alto, Calif., where both obtained their MBAs. Murty is the daughter of N. R. Narayana Murty, the founder of Infosys, a well-known New York Stock Exchange–traded information technology company. Akshata Murty holds a 0.9% position in Infosys, and her stake was recently valued at $900 million. Her shareholding in Infosys alone generates annual dividends of roughly $15 million, making Murty wealthier than Queen Elizabeth II.

We believe that Sunak and his wife obtained green cards while attending Stanford or shortly thereafter. Green card holders must generally pay U.S. tax on their worldwide income and pledge to make the U.S. their permanent home. However, under a tax provision adopted in 2008, a green card holder is permitted to live abroad and pay U.S. tax only on their U.S. source income. To qualify, such individuals must file a Form 1040NR and attach a Form 8833 treaty election claiming nonresidency in the United States due to residency in a treaty country (such as the United Kingdom). Nevertheless, living abroad indefinitely makes reentering the United States very tricky. What do you tell the U.S. Citizenship and Immigration Services (U.S. CIS) border patrol staff when returning to the United States?

Further clouding the public perception of Sunak’s actions, also within the past two weeks, Murty acknowledged that as a so-called U.K. “non-dom,” she hadn’t been paying U.K. income tax on her very significant overseas investment income. Although Murty reversed course last week indicating that she “will now pay UK tax on an arising basis on all her worldwide income, including dividends and capital gains, …because she wants to and not because the rules require her to,” she indicated this wouldn’t change the fact that “India remains the country of my birth, citizenship, parents’ home and place of domicile.”

We believe that Sunak and Murty have been fully U.S. tax compliant. Sunak, a British domiciliary, may have moved back to London sometime before 2009, and Murty may have moved to the United Kingdom in 2014. As green card holders until recently, we would assume that both annually filed Forms 1040NR and attached Forms 8833 claiming treaty tiebreaker relief as U.K. residents since moving to the United Kingdom. We also assume they filed Report of Foreign Bank and Financial Accounts (FBARs) on all their non-U.S. financial accounts whether in the United Kingdom, India or the Caribbean.

Additional revelations reported by The Independent in London on April 8, 2022, indicate that Sunak was listed as a beneficiary of trusts in the British Virgin Islands (BVI) and Cayman Islands (Cayman), created to help manage the tax and business affairs of his wife.

It would be normal for Murty’s parents to have established irrevocable offshore trusts for their daughter and son-in-law’s benefit and have transferred Infosys stock to such trusts. There’s no Indian gift or inheritance tax. Gifts made by non-U.S. citizens, non-U.S. domiciliaries of U.S. stocks aren’t subject to U.S. gift tax or reporting.

We would presume that there was 30% U.S. withholding tax on the payment of Infosys dividends to these foreign nongrantor trusts (FNGTs) located in the BVI and Cayman. We presume that while she was a green card holder, the FNGTs distributed to Murty up to current year annual income and gain to prevent a U.S. throwback tax on distributions in a later tax year of accumulated income and gain to Murty, then a green card holder. To the extent she received trust distributions while a green card holder, we presume Murty received Foreign Non-Grantor Trust Statements and attached them to the Form 3520s she filed reporting her receipt of distributions from foreign trusts.

For U.S. exit and inheritance tax regime purposes, a long-term resident is an individual who’s been a lawful permanent resident of the United States (that is, a green card holder) during eight of the previous 15 years (the 8-of-15 test). (Internal Revenue Code Section 877A(g)(5), 877(e)(2)) This is often referred to as the “8-of-15” test. To trigger the two tax regimes, the “long-term” resident must “expatriate.” An affirmative voluntary act of expatriation by a green card holder typically occurs when the U.S. CIS accepts a Form I-407 (Record of Abandonment of Lawful Permanent Resident Status) filed by a departing green card holder. However, filing the Form I-407 merely ends lawful permanent residency in the United States for immigration purposes. To expatriate for U.S. tax purposes, the individual must also file a Form 8854 (Initial and Annual Expatriation Statement) with the Internal Revenue Service for the year of expatriation.

In a somewhat confusing twist of the exit and inheritance tax regimes, an individual who hasn’t yet met the 8-of-15 test and who’s now a resident of a treaty country may “toll” the accrual of years under the 8-of-15 test by filing a U.S. income tax return and, in fact, taking advantage of treaty relief. (IRC Section 877(e)(2) Claiming a treaty-based tax return position by a not-yet-long-term resident living abroad serves to suspend the tolling of years under the 8-of-15 test. This individual would then be free to relinquish their green card whenever desired during the tolling period and avoid both the exit and inheritance tax regimes.

Understanding the Issues Is Key

Whether or not your client is a famous politician, they need to understand both the immigration and tax issues involved for green card holders spending significant time overseas. Without proper planning and execution, they could wind up with a triple whammy of involuntarily losing their green card (that is, access to the United Sates), unexpectedly paying U.S. exit tax on their worldwide unrealized capital gains at an inopportune time and saddling their U.S. heirs with a future substantial U.S. inheritance tax. Unfortunately, too many wealthy green card holders and their advisors mistakenly assume that such troubles magically disappear on the date their green card expires. Unfortunately, it doesn’t … and the Sunak-Murty case has certainly highlighted the revenue collection opportunity for the IRS among uninformed or ill-advised green card holders.