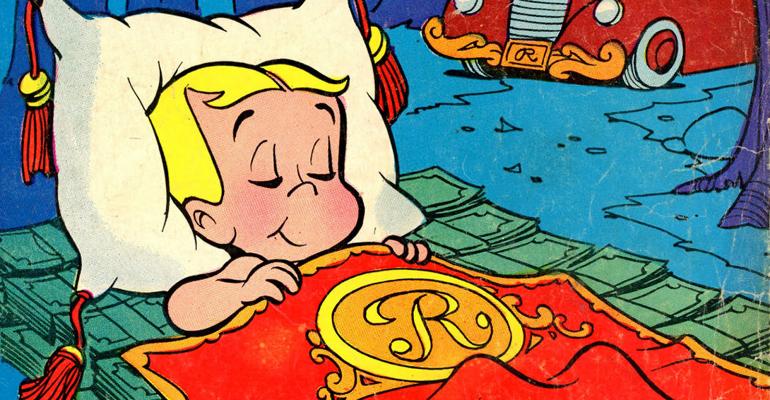 High-net-worth millennials have more confidence than their older counterparts, Brown Advisory acquires Meritage Capital and David Canter is raising money for the Foundation for Financial Planning.

Confidence in their finances is rising among millennials with more than $1 million in investable assets, according to a new SunTrust Banks study. The study found that 88 percent of high-net-worth millennials were more confident about their finances than a year ago, markedly more than those in Generation X (66 percent) and baby boomers (47 percent). The study also detailed the main financial concerns of millennials—with 25 percent worried about supporting aging parents, in-laws or adult children. Twenty-eight percent are also already concerned about maintaining their standard of living in retirement. In fact, that was the biggest concern (62 percent) among all age groups. The rise in confidence does seem to stem from engagement with financial advisors. Among those who had four or more interactions with a financial advisor, 71 percent felt confident in their finances, compared to 63 percent who had three or fewer interactions. Austin, Texas-based Brown Advisory has acquired Meritage Capital. Also based in Austin, Meritage was created by two former executives at the computer company Dell in 2003. It has grown to manage over $1 billion, specializing in hedge fund investment solutions. Brown, which manages $62 billion in assets, was founded in 1993 as an affiliate of Alex. Brown & Sons. It became an independent RIA in 1998 and opened its Austin office in September 2016. The newly combined office will house 18 employees and be responsible for more than $1.5 billion in client assets. “Brown Advisory and Meritage both believe strongly in the value of fundamental research,” said Joe Wade, Meritage’s CIO. “We both believe that top-quality managers can provide material outperformance for clients, and we both believe that it takes intense due diligence and experience to ensure proper vetting and selection of those managers.” David Canter, the head of Fidelity’s registered investment advisor business, will run his fifth Boston Marathon this year, which takes place April 16. This time around Canter will raise money to support the Foundation for Financial Planning, which connects the financial planning community to those in need. Last year, Canter’s run benefitted the CFP Board’s Center for Financial Planning. “Financial planning is a powerful tool that can help people prepare for a better future, but not everyone has access to a financial planner,” said Canter, who is running for FFP with a race bib from John Hancock Financial Services. John Hancock is the principal sponsor of the marathon, giving runners a way to support nonprofit organizations. Canter’s goal is to raise $100,000 for the cause. You can donate to Canter’s effort and read more about his story on CrowdRise.com.