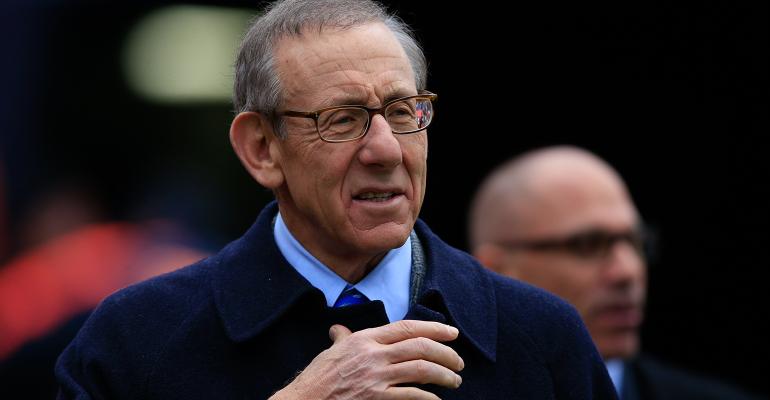 Related's Ross Donates $50 Million to the University of Michigan

Stephen Ross, 77, who also owns the Miami Dolphins, graduated from the Ann Arbor school in 1962 with a bachelor’s degree in business administration.

(Bloomberg) --Related Cos. Chairman Stephen Ross, the University of Michigan’s biggest benefactor, is giving an additional $50 million to his alma mater.

The latest gift, announced Wednesday, brings his total contributions to $378 million. Ross, 77, who also owns the Miami Dolphins, graduated from the Ann Arbor school in 1962 with a bachelor’s degree in business administration.

“I’m privileged to be able to have the ability to give gifts like this,” Ross, whose company is developing the Hudson Yards project in Manhattan, said in an interview. The latest donation will benefit students and faculty of Michigan’s business school, which was named after him in 2004. That year he gave $100 million toward a new business school building, which was completed in 2009.

A $200 million gift, announced in 2013, was split between the athletic program and the Ross School of Business, funding scholarships and new spaces for career services and high-tech classrooms.

Gifts to academia have been getting bigger, with schools including Harvard and Stanford universities raising $1 billion in some years. In the past week, two schools announced the largest donations in their history: An anonymous donor gave $75 million to Kenyon College in Gambier, Ohio, to support a new library and academic quad; and the University of California, Irvine, said Susan and Henry Samueli are giving $200 million to support the health sciences program.

Ross’s latest gift will help business students succeed after graduation, with programs to aid internships and career opportunities. An $8 million fund will help teach students about investing in assets including venture capital, private equity and real estate, and will enhance student-run investment funds. The gift also will add resources to help recruit and keep faculty, he said.

“When you are at the top, you have top assets,” Ross said about faculty members. “You want to retain them and make it a place where they will stay and grow and thrive and give the best type of education to the students.”

Michigan is the ninth-wealthiest U.S. college with an endowment valued at $11 billion as of July 31. Among public universities, only the University of Texas and Texas A&M have larger endowments.

“Steve is the biggest champion that we have,” Scott DeRue, dean of the Ross school, said in an interview. “He’s partnered with us to build a world-class campus. Our priorities going forward are about people and the learning happening inside that campus.”