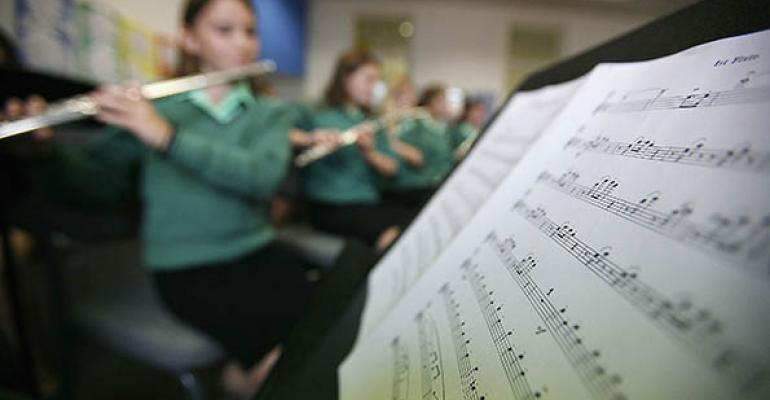 Parents worry about the effect of wealth on their children.

“How much is “too much?” parents ask today, worried about the effect of wealth on their children.  We’ll start with a look at the law: How much is a parent legally obligated to spend on a child? Many cases refer to the benchmark of a child’s “station in life.”1 The parent’s obligation to “support” a child is also found in the laws addressing divorce. For example, in Florida the obligation of a divorced spouse to support a child includes all relevant factors, “including the needs of the child or children, age, station in life, standard of living, and the financial status and ability of each parent.”2

The question is whether a child born into a wealthy family is “entitled” to having the extras (for example, camp, music lessons, foreign travel, tutors and sports coaches) that are part of a child’s “station in life.”  If there are many extras, at what point does the child’s attitude of entitlement become a concern?

Today the biggest fear of wealthy parents seems to be that their (privileged) children will grow up feeling “entitled.” Whenever someone says: “I don’t want my children to feel entitled,” everyone nods in agreement.  We’re back to looking at a child’s “station in life.”  We assume that those born in a “higher” station are entitled to more benefits than those born below.  Today this idea of “entitlement” is scaring parents—why?

The word “entitled” doesn’t have a negative history.  It refers to rights and legitimate expectations.  The U.S. Constitution is paired with the revered “Bill of Rights.”  Globally, there are a variety of rights that are assumed.

What seems to be happening is a belief that if a child is given so much that she can do nothing (contrary to Warren Buffett’s admonition to give children “enough so they do not have to do anything, but not so much that they can do nothing”) then “nothing” is exactly what they will choose to do.  This isn’t a new argument.3 What’s new is the label “entitlement.”

Parents can unconsciously foster the sense of entitlement by shielding a child from the disappointments and setbacks in life, stemming from a well-intentioned desire to help them avoid suffering. But this strategy may have the unintended effect of creating a passive dependent child, one who’s over-dependent rather than a self-reliant. We like the saying by Abraham Lincoln that: “No matter how tall your grandfather was, you have to do your own growing.”4

Parents today do want to raise a child who’s competent, confident and resilient. With these characteristics, there will be no room for entitlement (in its negative sense.)

We all know the adage, “with great wealth, comes great responsibility.”5 Added to that should be its counterpart, “with great wealth, comes great vulnerability.”  Entitlement is one of those potential vulnerabilities.  When the subject of entitlement comes up and parents’ heads are nodding, what are they feeling?  Psychologists teach us that, often, they may feel guilty or ashamed, believing that they have too much themselves, which adds to the worry that they may be creating self-centered children.

How do wealthy families manage these vulnerabilities and fears?

The healthiest solution is for family members to be able to talk about these issues among themselves. By simply going ahead and talking about them, they’re naming them.  Psychologists teach us that when something is named, it can be addressed and worked on.  Otherwise, it stays a secret or denial that’s often avoided.  When taboo issues are addressed openly, the fear factor is reduced dramatically.  Too often, fears in families are dealt with by silence, denial and avoidance.  In parallel, we find that when family enterprises survive over the generations, it’s communication that trumps technical solutions globally.  The simple act of broaching the topic, and giving voice to that which we would rather avoid, can be a relief and a course correction for families.

Returning to the “station in life” measure, everyone is born with some rights or entitlements: the right to be physically safe, the right to nourishment and the right to an education. (For an inspiring list, see the United Nations Declaration of the Rights of the Child.6).  There’s nothing embarrassing about these rights.

The embarrassment, or shame, seems to come from the belief that due to one’s “station in life” the person has more rights than the average person does or has rights that feel somehow to be “unearned,” which leads to a shame of feeling unworthy. Those undiscussed, often unconscious feelings are silently passed on to the next generations.

At the core of the fear in broaching emotionally loaded issues in families is anxiety.  Anxiety is the family’s shared uncertainty about what will happen if…  To avoid uncertainty and alleviate anxiety, family leaders unwittingly enable the perpetuation of negative entitlement.  This sets up and continues the passive dependence of the children.  Such is the case with the Smith family, below.

Consider the classic example of the wealthy child being driven to school by the family chauffeur, with the child embarrassed enough to ask to be let out a block away.  What does the child feel?  Vulnerability.  Our culture places judgments on the value of earned and unearned wealth.  The negative attitude toward a “trust fund kid” is ubiquitous.

The paradox of entitlement, of having a grandiose sense of “I deserve it all,” is actually highly isolating.  Heirs who’ve been enabled into entitlement in their early years later describe a sense of abject loneliness during those years.  One heir who later became a coach to inheritors stated, “privilege can be a learning disability.”  She was referring to the halt in emotional maturity that can occur when an inheritance occurs and the inheritor does nothing, because she doesn’t have to.

The privileges themselves are neutral.  Rather than being ashamed of having them, some wealthy parents are able to express great joy at the options they and their children have.  They share a deep sense of gratitude.  If they can manage to discuss this subject in an open and positive way with their children, it’s likely that the children will develop, and pass on to their children, a sincere gratitude for the many unearned privileges that come with their station in life.

The most effective way to share joys and concerns among family members is in regular family meetings.  By “regular,” we mean consistent over time.  Depending on the size of the family and generations, once a year may work.  Some families engage in retreats discussing a combination of quantitative elements around the family’s wealth or businesses, as well as the qualitative health of the family relationships.  Families that don’t intentionally hold regular family meetings may initiate them during a transition, such as leadership succession in business or around family asset responsibilities.  Additionally, families may gather around a life event like a death, marriage, divorce or graduation.

In any case, we advise that families meet on a regular basis as a way to regulate the flow of family dynamics as well as the family’s wealth.  This regulation attends to the elements of uncertainty that causes anxiety.  By attending to these qualitative elements in a family, uncertain / anxiety is reduced creating more stability, certainty and trust in the family system.

The Smith Family began their family meetings when one of the second-generation members, Mike, age 33, entered treatment for drug and alcohol addiction and gambling.  The family became concerned when he had been involved in an automobile accident while under the influence.  While in the hospital, his siblings, who had been aware of his drug and alcohol abuse, also learned of his gambling debts.  Additionally, it was apparent to everyone that Mike’s parents and the family trustee enabled Mike throughout his 20s.

Mike’s denial of the consequences of his addictions and gambling debts, which were covered up, evidenced a severe sense of negative entitlement.  It’s important to note that addictive behaviors can sometimes present in an individual as a quasi way to fix, manage and control the internal state of meaninglessness, anxiety and sense of being lost.  In this instance, the addiction attempts to regulate the interior state of the addict.  However, this never works.  Addictive behaviors always fail to accomplish what they intend solve.

Just prior to Mike’s discharge from the hospital after the accident, his siblings hired an addictions expert.  The full family, including the parents, siblings and the non-family trustee staged an intervention that succeeded in Mike’s transfer to an addictions treatment center.  During the course of Mike’s treatment, the family participated in a family week onsite with Mike.  During this week, as Mike shared his history of addictive behavior, the family looked at themselves as a whole and how they related with each other individually, and as a family.  They also considered their relationship with each other in relation to their wealth.

Guided to safely discuss these topics without blame, condemnation or injury, the family was able to name the issues that had created the problems they were facing.  Subsequently, after Mike’s successful treatment and discharge, the family began holding meetings on a quarterly basis for two years.  They then decided to meet semi-annually, with one of the two meetings consisting of a multi-day retreat at a resort.  Today, these facilitated meetings consist of a combination of discussions with the family advisors around the family’s wealth, as well as family-only time for connecting and celebrating the family with updates on their lives.  It’s been said that it doesn’t matter what a family talks about when they get together, but that they do get together and talk, as well as learn how to listen and truly hear one another.

The Smith family discovered that the negative eruption of Mike’s addiction turned out to be a paradoxical gift.  They could have literally lost Mike, but because of his intervention, the family intervened in its challenge of avoiding the perpetuation of enabling negative entitlement in him, as well as in the family as a whole.  Over the years since then, the family has engaged in regular meetings. The outcomes of these gatherings are referred to with a shared sense of gratitude and growing connection among themselves.  A sense of thankfulness has replaced entitlement in this family system, as well as generating humility for the privileges they share.

3. See Barbara Hauser “The Next Generation and the Pursuit of Happiness,” Journal of Wealth Management (Fall 2005).