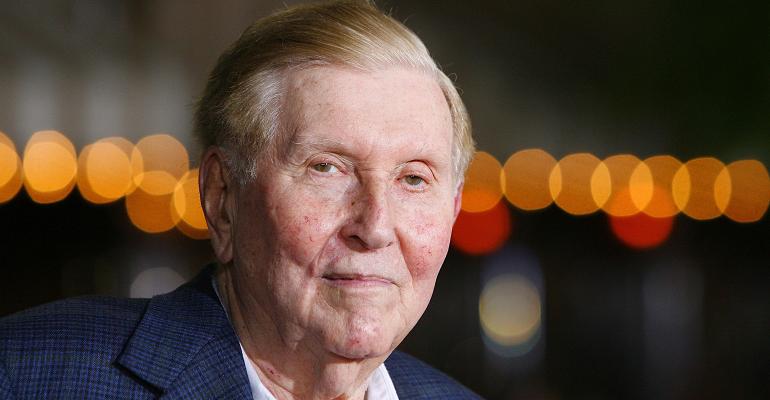 Allegations of elder abuse and testamentary capacity were raised.

The death of a loved one will almost always illicit any repressed feelings and grudges held by his heirs to come front and center, which is usually a recipe for disaster as far as the disposition of that loved one’s estate goes. For this reason, deaths of high-profile individuals are almost always followed by speculation over the details of the often-hefty estates at stake. But what happens when the estate litigation already began years before the individual even passed away?

Last week’s passing of media-mogul and multi-billionaire Sumner Redstone resurfaced details of the many years of litigation over his estate, even prior to his death. The public estate battle centered around allegations of elder abuse and questions about his capacity to change his estate plan.

Manuela Herzer, Sumner’s ex-companion, was the first to sue back in 2015, after being kicked out from his mansion and removed as the individual in charge of his health care directive. Manuela alleged that Sumner lacked the necessary testamentary capacity to make amendments to his trust. Meanwhile, she was hit back with elder abuse allegations, to which she counterclaimed that his daughter, Shari Redstone, was manipulating her father. The case was settled in 2019, with the presiding judge finding that Sumner had the requisite capacity to execute the 40th and 41st amendments to his trust. The court also appointed a guardian ad litem to make sure the case was resolved in the best interest of Sumner, due to his severe speech impediment and as an attempt to prevent future litigation.

Described as a “keen investor” and “ruthless businessman,” Sumner held a tight grip on his companies, which include Viacom and CBS, and was known to constantly pit family members against each other, becoming estranged from practically every relative and publicly feuding with his children. His children brought a lawsuit against him, claiming that he “cheated his two children and nephew out of portions of their inheritances to secure control over the family empire.” A settlement with his estranged son was reached in 2007, though the terms of the agreement weren’t disclosed. The nephew’s lawsuit was dismissed on the ground that the statute of limitations had expired.

Such extensive pre-death estate litigation isn’t the norm, according to Stephanie Moll, a partner at Bryan Cave Leighton Paisner in Denver. Likewise, the fact that Sumner had amended his trust over 40 times isn’t common and not something Moll has come across in her many of years of practice (she told me the maximum number of amendments she’s seen any client make is somewhere in the 20s range). She also notes that typically, there’s no standing to challenge a revocable trust before the individual passes away. Given the circumstances, however—the amount of money at stake, the number of times Sumner has changed his mind and his advanced age in the more recent litigation—Moll isn’t too surprised at the amount of litigation that transpired during his life.

“With elderly clients, there’s more potential for someone to make a diminished capacity claim or someone to take advantage of them,” leading to elder abuse claims while that individual is still alive, says Moll. Lawyers always have to be on the lookout for heirs or other unscrupulous individuals (such as companions) who may be putting pressure on a client with diminished capacity to change documents in their favor.

With the increased reliance on technology and video conferencing due to the current pandemic, Moll warns that planners need to take extra precautions to make sure their client has the proper capacity and isn’t being subject to undue influence. One new policy at Moll’s firm is to ask a client to actually take the camera and pan the room, so that the attorneys can get a feel for whether anyone is present that can potentially influence the client’s decision making.

More Litigation on the Horizon?

“The upside to all the pre-death litigation in Sumner’s case is that since the court has decreed his competency while he was still alive, this might have closed the door on potential post-death claims,” says Moll. So, while it’s possible that the settlement that was reached by the family was amicable and fair to all, given the history of family dysfunction, I wouldn’t hold my breath just yet.