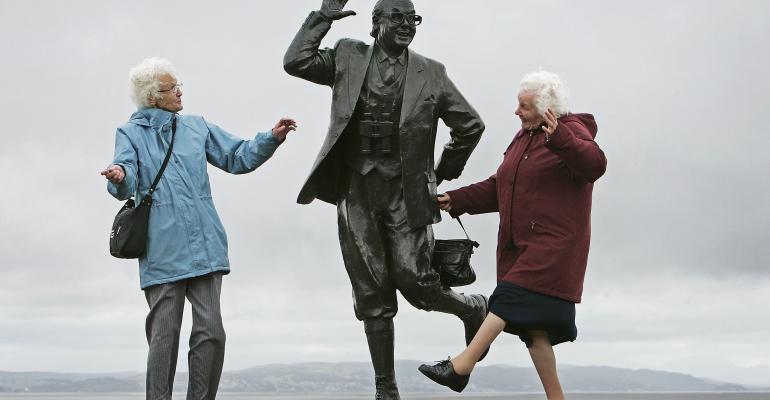 Older Households Are The Wealthiest

Why that’s a problem for markets and the economy.

A recent blog from the St. Louis titled “Long-term Household Income and Wealth Favor Older Americans” offers a rare bit of good new on aging demographics—older fogies’ median household wealth and inflation-adjusted incomes are outperforming everyone else. Among some of the other items, it shows that nearly all folks over 65 are covered by Medicare (we’ll see how long that lasts) and that their share of poverty is the lowest in the population, which surprised me.

But it’s the income and net worth angles that got me because I think, they have implications for investment and spending. First, on the income side, an index shows gains for 65+ have been stellar relative to the rest of the population. This doesn’t mean they’re rich; in constant prices, they earn about $39,000 vs. $59,000 overall. Everyone else has simply gained less in relative terms.

What it doesn’t mean is that older people will spend a lot in their dotage; they don’t have that much to spend. This point reinforces the view that older demographics means slower consumption gains. Now consider median net worth—it’s $97,300 for all families, but $224,000 for those ages 65 to 74 and $265,000 for ages 75+. Again, here we see gains for older people outpacing, in real terms, gains for younger people. This really isn’t that surprising, as the older generation has spent their lives earning and don’t have all the expenses from the household formation years that preceded. Do you think these older people are likely to invest aggressively? No. Given their slimmer incomes and thin returns on fixed-income investments, these growing cohorts will be inclined to save more entering their golden years and invest more conservatively because they can’t afford to take risk with wealth.

This is all simply a variation on the theme of how demographics might influence the economy and investing habits in the years to come.