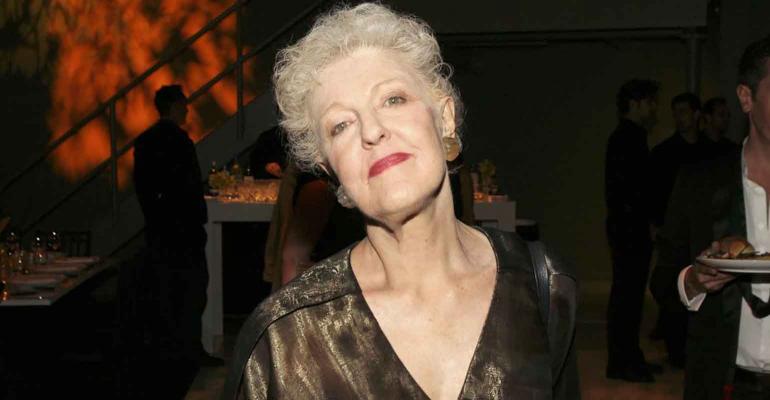 NYC Socialite Allegedly Being Imprisoned in Own Home by Daughter

Is this another case of financial elder abuse?

Christophe de Menil, socialite and heiress to the Schlumberger oil fortune, is allegedly being held in her home against her will by her daughter, Taya Thurman (half-sister of actress Uma Thurman).

A new lawsuit filed in New York Supreme Court by Alina Morini, who says she’s been best friends with de Menil for years, claims that Thurman is confining de Menil to her home and not allowing her to have any visitors. That claim is supported by an email from Nico Iliev, a photographer and good friend of de Menil. Furthermore, the lawsuit alleges that Thurman kicked Morini out of de Menil’s Upper East Side townhouse, where she’s been living with Menil for the past six years. The eviction is part of a “’well-orchestrated scheme’ to force a ‘rift’ between the two friends,” according to court documents obtained by the New York Post.

De Menil was apparently estranged from her daughter for 30 years before recently reconciling and appointing her power of attorney. And that’s when the alleged trouble began, says Morini. Other disturbing allegations made in Iliev’s email, as revealed by the New York Post, are de Menil’s “long-time staff were dismissed, the locks were changed on her townhouse, cameras were installed and her phones were disconnected.” Iliev’s email also states that Thurman and other family members forced de Menil to rewrite her will and claims that he was only allowed to visit Menil for 17 minutes under supervision and that she expressed that she felt like she's in jail and appeared to be of sound mind. He added that he’s providing as evidence an audio clip of de Menil stating her desire to revoke Thurman’s power of attorney.

Thurman’s attorney, meanwhile, has slammed the allegations as utterly false and frivolous, claiming that Morini had conned her way into living with de Menil.

Some of the allegations proffered in this case include classic “red flags” of  undue influence. Statistically, “it’s often those closest to a victim, such as family members or caretakers, who are likely to have the most influence and be the perpetrators of such abuse,” says Blake Rummel, Shareholder/Director at Weinstock Manion in Los Angeles. The question then becomes, Rummel continued, whether the long-time staff was dismissed, along with de Menil’s friends, because they were doing something wrong, or because they were the ones that could stand in the way of de Menil’s estranged daughter, serving as an obstacle to Thurman.

The allegations made by Morini seem to indicate that Thurman may be abusing her power over de Menil by isolating her in an attempt to exert undue influence or engage in other financial abuse. However, it’s also possible that after their reconciliation, Thurman realized that de Menil’s friends might be the ones trying to take advantage of Menil and Thurman is simply trying to protect her mother.

It’s hard to determine who has de Menil’s best interests in mind with what’s publicly known so far, as we don’t know much about the 88-year old’s cognitive state, other vulnerabilities and actions taken in advance of changes made to de Menil’s estate planning documents.

How Will It Play Out in Court?

“The court will likely be concerned with who retained the attorney who drafted the changes to Menil’s estate planning documents in 2020,” opines Sandra D. Glazier, equity shareholder with Lipson Neilson P.C. in Bloomfield Hills, Michigan. “For example,” says Glazier, “did she engage the services of her historical estate planning attorney who exercised independent judgment in providing advice to de Menil or did Thurman encourage and arrange for de Menil to utilize new counsel?”

“Also of importance would be the validity of any of the estate planning changes de Menil might have made,” adds Rummel, “as the updates to her will were made during the height of the COVID-19 pandemic, questions may arise as to whether New York’s remote witness or notary requirements were followed.”

According to Glazier, still more questions may also arise as to how the 2020 documents differed from historical documents and the desires de Menil previously expressed to her attorneys and advisors. De Menil’s vulnerabilities at the time of the purported changes and her competency to effectuate a revocation of the operative power of attorney at issue in the case may also come into play.

This very public story once again brings to light that undue influence and financial elder abuse can happen to anyone. “The silver lining in this case,” says Rummel, “is that the limelight on it might help de Minel’s plight.”