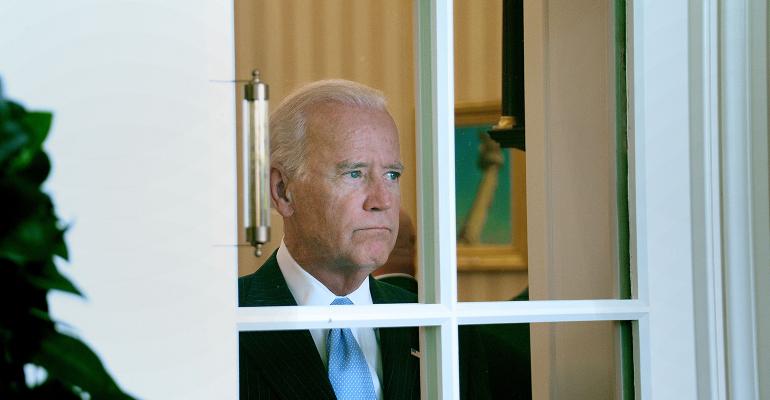 A Second Dose … of Reconciliation

On April 5, the Senate parliamentarian, Elizabeth MacDonough, ruled that a second reconciliation bill could be passed by that chamber in the current fiscal year, which ends Sept. 30. Reconciliation, which is limited to budget and revenue-raising matters, requires only 50 votes in the Senate, with the concurrence of the vice president. Without reconciliation, current Senate rules would require 60 affirmative votes—unlikely, given 50 Republican Senators and the current sharp, partisan divide.

Prior to the parliamentarian’s ruling, many had believed that the recently enacted $1.9 trillion COVID-19 relief legislation was the Democrats’ one and only shot to use the streamlined reconciliation process this fiscal year. Those observers believed that the next chance for significant legislation—absent a repeal of the so-called “Byrd Rule”—would be on or after Oct. 1. The parliamentarian’s surprising ruling means a legislative package that includes infrastructure improvements—and tax increases to pay for those initiatives—may be introduced as early as mid-June.

Related: Biden Aims at Top 0.3% With Bid to Tax Capital Like Wages

Earlier this year, the Biden administration announced its near-term legislative agenda, which consists of two primary components. First, a $2.3 trillion “Build Back Better” infrastructure package would be introduced as soon as practicable, to be paid for primarily by an increase in the corporate income tax rate, from 21% to 28%. Other economic and social initiatives would follow in a second bill, to be paid for in part by a near doubling of the long-term capital gains tax rate on individuals having taxable income of $1 million or more.

With the parliamentarian’s ruling, the first of these legislative initiatives may be introduced in June, rather than in October. But there’s a problem: Reconciliation probably will require the concurrence of all 50 Democratic and Independent senators; however, several moderates, most notably U.S. Joe Manchin (D-W.V.), don’t support a 28% corporate income tax rate. Manchin and others support a maximum 25% rate.

The impact on anticipated revenue would be significant. According to the Tax Policy Center, an increase in the corporate income tax rate from 21% to 28% would generate an additional $740 billion of revenue over the next 10 years. If the corporate rate were set instead at 25%, the revenue shortfall would exceed $300 billion. Where would that shortfall be made up? Through estate and gift tax reform? Not likely. U.S. Sen. Bernie Sanders’ “For the 99.5 Percent Act,” which would reduce the basic exclusion amount to $3.5 million, effectively eliminate grantor retained annuity trusts (GRATs) as a viable strategy, and (most importantly) gut planning with grantor trusts—won’t raise meaningful revenue.  No, if the corporate income tax rate increase is insufficient to pay for infrastructure improvements, the Democrats would look to raise revenue from income taxes, not transfer taxes.

Which income tax proposals are substantial enough to raise $300 billion of lost revenue? We don’t have to look very far: After the corporate income tax rate increase, a near doubling of the long-term capital gains tax rate on the wealthiest Americans appears next on the Biden administration’s agenda. According to the Tax Policy Center, such a rate increase would raise $370 billion of revenue over the next 10 years —more than enough to cover the shortfall of a 25%, rather than 28%, corporate income tax.

When would the capital gains tax rate increase become effective? If the legislation is passed and signed late in the second quarter or early in the third quarter, it’s unlikely to be effective as of a future date, like Jan. 1, 2022. A prospective effective date might create market volatility across multiple asset classes that could send the recovering economy into a tailspin. With the now-accelerated legislative timeline, the effective date of the capital gains tax rate increase may be the date on which that legislation is introduced. Alternatively, any rate increase could be made retroactive to January 1, 2021—which seems unfair but isn’t unprecedented. For example, tax rate increases in the Omnibus Budget Reconciliation Act of 1993, signed by President Bill Clinton on Aug. 10 of that year, were effective retroactively for all of 1993.

What if the potential events described in this article were to materialize: The infrastructure bill is introduced in June, rather than in the fourth quarter; Senate moderates cap the corporate tax rate increase at 25%, eschewing 28%; and the Democrats choose to raise additional revenue by effectively doubling the long-term capital gains tax rate on the wealthy? What are the implications for private clients? 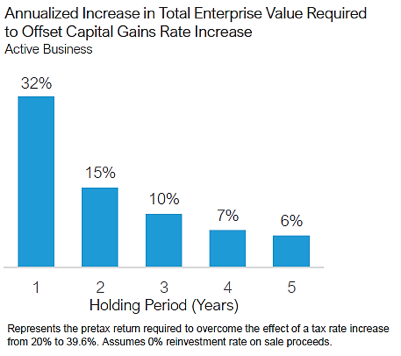 Financial advisors with clients who have highly appreciated holdings should contact those clients and urge them to consider immediate actions that may mitigate the legislative threat. We live in a challenging environment. Those challenges aren’t limited to vaccines and social distancing.

The views expressed herein do not constitute, and should not be considered to be, legal or tax advice. Politics and tax rules are complicated, and their impact on a particular individual may differ depending on her or his specific circumstances. Please consult with your legal or tax advisor regarding your particular situation.