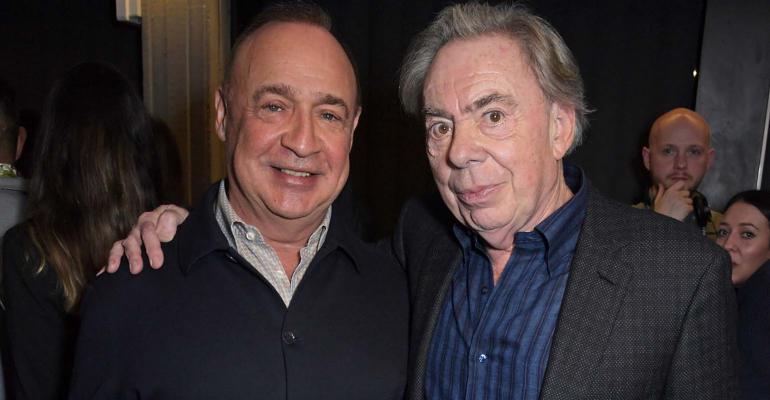 ‘Most Clever Oligarch’ Severed His $37B Fortune From Russian Roots

Len Blavatnik, the Ukraine-born British-American, quietly diversified his wealth in areas far removed from where his billions were minted.

(Bloomberg) -- Len Blavatnik calls himself foremost a self-made billionaire. The Ukraine-born British-American, by his own telling, is also a media mogul, a tech titan, a pioneering real estate investor and an industrialist.

But above all, what Blavatnik has always strived to make clear: He has no connections to Vladimir Putin or Russian politics, and he absolutely should not be described as an oligarch. He’s not even Russian.

Despite his long tradition of distancing himself from Russia, Sir Leonard (he was knighted in the UK for his philanthropy) seeded his massive fortune with winnings from the so-called “aluminum wars” and Siberian oilfields. What’s more, he made some of those billions alongside a consortium of Russian tycoons who were sanctioned by the UK and EU shortly after Putin’s forces spilled over the Ukraine border, setting off a war that has lasted more than three months.

Had things gone a bit differently, Blavatnik could have been sanctioned too. Instead, he has amassed the world’s 33rd-largest fortune and quietly ingratiated himself into British and American high society. He has made charitable donations and lucrative bets on American companies through his wholly-owned investment group, Access Industries. Blavatnik, 64, who keeps a low profile and rarely speaks to the press, declined to be interviewed for this story.

Several of Blavatnik’s former business partners were directly targeted by sanctions: Mikhail Fridman, Petr Aven and German Khan, shareholders of the conglomerate Alfa Group and co-investors with Blavatnik in oil giant TNK-BP, were sanctioned earlier this year for having significant wealth as a result of what the UK and EU describe as their Kremlin links.

Viktor Vekselberg, Blavatnik’s university classmate and a former partner in several ventures including TNK and aluminum giant Rusal, has faced US sanctions since 2018 and was slapped with more in March for “close ties” to government officials, including Putin. His yacht was seized at the behest of US authorities in April.

Fridman and Aven have called the sanctions baseless and rejected the notion they hold any sway with the Russian president.

Spokespeople for Vekselberg and Khan declined to comment. Neither has made any public statements since the war began.

The textbook definition of an oligarch is one who rules or influences leaders in a government dominated by the few. But the term has taken on a much broader meaning in popular culture, denoting pretty much any Russian who became extraordinarily rich during the country’s privatization era of the 1990s.

Read More: Half of Russia’s 20 Richest Billionaires Are Not Sanctioned

Being an oligarch, whatever the definition, doesn’t automatically make you a target for sanctions. And there are important distinctions between them, said Jordan Gans-Morse, a political science professor at Northwestern University.

For example, the original 1990s-era oligarchs enmeshed themselves in the government, while “second-tier” oligarchs “found ways to survive by making clear they didn't have political influence,” he said.

Sanctions are also somewhat superfluous for a US citizen, whom authorities could simply subpoena if they suspect wrongdoing, said Christopher Swift, a partner and national security lawyer at Foley and Lardner. Even if they wanted to send a message through sanctions, an American passport is a powerful deterrent.

“If I’m of counsel at the Treasury Department and I’m worried about maintaining the constitutional validity of my sanctions program under the Fifth Amendment, I don’t want to sanction a US citizen,” Swift said.

Following Putin’s invasion of Ukraine, many Russian billionaires condemned the war — without mentioning the president — and rued the suffering. By the end of March, steel tycoon Alexey Mordashov, once Russia’s richest person, called the war a “tragedy” and wished for its end. Oleg Deripaska described the conflict as “insanity.”

“Mr. Blavatnik and Access Industries believe that what is happening in Ukraine is absolutely unimaginable and condemns the ongoing violence,” said a statement provided to Bloomberg by Access on May 9. “Along with all of his fellow American and British citizens, Mr. Blavatnik hopes and prays that the conflict ends immediately and that all Ukrainian citizens are once again able to live their lives in peace and freedom.”

The statement also said his family foundation is donating millions of dollars to charities working to help Ukrainian refugees.

While Blavatnik hasn’t renounced Russia, neither has he played up his links to Ukraine despite hints the country holds meaning for him. His 74-meter (242-foot) yacht is named after his hometown of Odesa, now under siege by Russian forces. The port city was featured in the artwork that once decorated the walls of Access’s Manhattan offices.

What Blavatnik shares with Russian billionaires in wealth, ambition and deals he differs in one crucial respect: he isn’t Russian. Though born in Soviet Ukraine and raised in a city north of Moscow, he was stripped of Soviet citizenship as a Jewish emigre after moving to the US in his early 20s. Today he holds American and British citizenship; he has never had a Ukrainian passport.

He returned to Russia years later, joining the others jousting for spoils in the rough-and-tumble privatization era of the 1990s. It was there that he laid the groundwork for his vast fortune. People familiar with his dealings in Russia said he was like a phantom presence, rarely on the ground and instead using trusted delegates to execute projects.

Blavatnik joined a consortium of Russians including Fridman and Vekselberg in buying TNK, one of the country’s last state-owned oil giants. They helped grow the company and merge it with BP. His single-biggest windfall came when the partners sold TNK-BP to state-owned Rosneft in 2013 in a $55 billion deal. His personal take: $7 billion.

He still owns assets in Russia valued at about half a billion dollars, according to Bloomberg’s calculations. A spokeswoman said that less than 1% of Access’s assets are in any way Russian-related, and that he has been trying to sell an 8% indirect stake in Rusal for more than three years.

Because Blavatnik owns his shares through a partnership with Vekselberg, who is sanctioned, he had to get a license from the US Treasury to divest the $535 million stake. His attempts to sell “have been prevented to date by other Rusal shareholders,” the spokeswoman said.

Still, the overwhelming majority of Blavatnik's wealth is now tied to the West. Awash in cash after the 2013 TNK-BP deal, Blavatnik and his Russian partners seized the opportunity to invest widely across the US and Europe, where their money could generate returns and credibility. Fridman, Khan and Aven founded London-based holding group, LetterOne.

Blavatnik accelerated his investments in the US, where he’d earlier made a bold turnaround bet on plastics and chemicals-maker LyondellBasell Industries NV that netted him a 170% return, plus $5.3 billion from share sales and dividends.

His most attention-grabbing buy was Warner Music at the height of the music industry’s turmoil in 2011. It was appealingly glamorous — in keeping with Blavatnik’s respectable portfolio that grew to include historic mansions in New York and London, the Grand-Hotel du Cap-Ferrat in the south of France and production credits in Hollywood and on Broadway. He’s recouped his initial investment in Warner, which went public in 2020, three times over.

He has also invested in dozens of start-ups, including Spotify and fashion label Tory Burch and is a prominent biotech backer. He’s donated more than $320 million to science and medical research, often through Ivy League universities.

And in a privilege reserved exclusively for American citizens or permanent residents, Blavatnik has established himself as a major US political donor, giving more than $5 million since the mid-1990s, roughly split between the two major parties.

Blavatnik’s now-sanctioned colleagues diversified in the US and Europe too, buying Spanish supermarkets, oil and gas assets, and luxury homes. Vekselberg’s donations and efforts to make inroads in Washington D.C. led to ostracism in both the US and Russia.

Reinvention is among the common moves in the playbooks of the ultra-wealthy, dating back to the robber barons of the industrial revolution, said Gans-Morse of Northwestern.

“One of those strategies is figuring out ways to basically launder your reputation and get your name on top charities, make ties in the West, be associated with Oxford and form associations that make you seem like just a normal rich business person,” he said. “It’s not that fundamentally different than what Carnegie did.”

Blavatnik hasn’t entirely evaded criticism. His 75 million-pound gift to Oxford University to create the Blavatnik School of Government (mission: “to inspire and support better government”) drew protests from academics and activists, many of them Russian. In March, a professor of immunology at Yale’s medical school and a recipient of a Blavatnik-endowed award called on the university to suspend or cancel the Blavatnik Fund out of ethical concerns.

Blavatnik’s spokeswoman referred to an Oxford statement saying “he has always respected the academic independence of the school and never attempted to direct its activities.” She said Yale administers its grant program through “a transparent and competitive process.”

Without the tie of Russian citizenship, Blavatnik could argue he isn’t much different than other investors who gambled on Russia during privatization and made a bundle — people like Christopher and Richard Chandler of erstwhile Sovereign Global or Bill Browder, the financier-turned-human rights activist.

As someone who’s navigated multiple cultures from an early age, keeping doors open has proved a prosperous strategy.

“The way he’s diversified his businesses over time and sort of embedded himself in a different set of institutional contexts in the US and UK is clever,” said David Lingelbach, a professor of entrepreneurship at the University of Baltimore who headed Bank of America Corp.’s Russian operations in the 1990s.

“As a business professor, I’ve got to look at this dispassionately,” he said of Blavatnik. “I think what we’re seeing is that he may very well be the most clever oligarch of them all.”