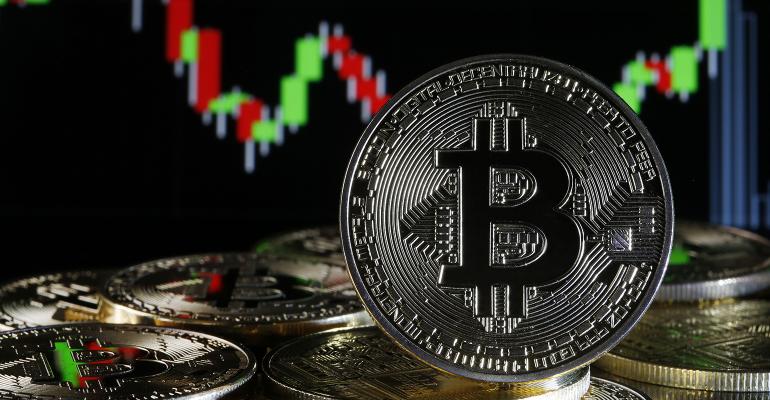 The combination of zealous politicians and the IRS getting serious about collecting taxes on cryptocurrency gains means trouble for unprepared clients.

In 1996, the Notorious B.I.G. released what was to become his posthumous classic rap single: “Mo Money Mo Problems.”

In 2009, Bitcoin was released to the world at the now-astonishing price of 10,000 bitcoins for two Papa John’s pizzas. Given the current price of those pizzas is $15, then each of those coins would have been worth $0.15 cents. And over the last year the values of bitcoin and other cryptocurrencies have skyrocketed. At the time of writing, each one of those original bitcoins would be worth $59,325, with the 10,000 being worth almost $600 million.

What do these two releases have in common? The astonishing growth of Bitcoin has resulted in a number of early adopters suddenly finding themselves with Mo Money than they ever dreamed of. And as they revel in their newfound wealth, there is a perfect storm of Mo Problems brewing that needs to be addressed before it envelops them.

Over the past two years the IRS has gotten serious about finding and collecting taxes on cryptocurrency gains. With the Democrats sweeping the presidency and control of both houses of Congress, there is also a high probability that the level of taxation in general will be increasing for HNW Americans in the near future. Specifically targeted will be those perceived as undeserving benefactors of the COVID-19 pandemic … such as the owners of rapidly increasing cryptocurrency assets.

These two developments are coming together to create a dangerous perfect storm: a tax authority that is getting more sophisticated and a very large group of turbocharged politicians and voters demanding everyone pay their “fair share.” To protect themselves, crypto enthusiasts need to stormproof themselves by immediately seeking professional advice on how to protect their wealth and the freedom their wealth gives them.

What Do You Have in Your Wallet?

As the IRS recently asserted, a large majority of holders of cryptocurrency have not yet declared their holdings to the U.S. government. This could be because they have their holdings “off-line” in what are called “cold wallets” and have not yet triggered a taxable event by converting some of their holding into fiat currency.

Or, it could be that they hold their crypto assets through exchanges with “hot wallets,” in which case they should know that their holdings have most likely already been disclosed by the exchange. However, if they hold their assets in exchanges that have not previously determined the ultimate beneficial owner, they are discovering that these exchanges are being strong-armed into getting and providing this information on each and every one of the crypto assets they hold.

You Have Been Asked ... and Warned

In March 2020 Damon Rowe, the director of the Office of Fraud Enforcement at the IRS, announced “Operation Hidden Treasure.” This operation consists of agents who are trained in cryptocurrency and virtual currency tracking and who are focused on taxpayers who omit cryptocurrency income from their tax returns. This program is a partnership between the civil office of fraud enforcement and the criminal investigation unit to root out tax evasion from cryptocurrency owners.

Then in late 2020 the U.S. Government put right on the front page of its IRS 1040 tax form the question:

“At any time during 2020, did you receive, sell, send, exchange or otherwise acquire any financial interest in any virtual currency?”

So what are those with Mo Crypto Money to do in the face of these Mo Crypto Problems?

In my over three decades since being called to the bar, I have actually seen this rodeo before. Prior to the UBS bank scandal in 2017, I spent 17 years trying to convince HNW Americans to consider a permanent and legal departure from the U.S. tax system through a well-planned expatriation … what I now refer to as a backup plan.

While many followed my advice, some scorned it as too expensive or intrusive. I can’t tell you how many times I was told variations of “I met this Swiss banker at Art Basel Miami who said I could just open up a secret account and the IRS will never know about it.” Although illegal, they were correct in noting that this strategy was easy, saved money and worked … right up to the moment that it stopped working!

Those who followed this path painfully found themselves paying multiples of the cost of being tax compliant and legally severing tax liability. They also gained the stigma of being outed as tax cheats and lost much peace of mind thinking about the possible criminal ramifications of their choice. Most spent far more time and money … and mental energy … attending to their self-inflicted wounds than they would have preparing a proper backup plan.

These past two years remind me of those pre-UBS scandal years. Ever since cryptocurrency entered the scene, I have heard countless tales of it being “untraceable” and “the perfect tax haven”…followed by “it ain’t broke, why fix it?” Those who adopted this attitude were right … until they weren't!

Just as with the loss of bank secrecy, I still come across successful people who don’t want to acknowledge the changed reality with cryptocurrency and taxation. They are still discussing the use of “secrecy exchanges” and “cold wallets” to continue in their efforts to engage in tax evasion. They persist in their denial that the U.S. is putting the heavy screws to those exchanges and succeeding every time.

They also fail to realize that a cold wallet full of valuable crypto is useless unless they can access it at some point. They are dooming themselves to a life of misery of being unable to access their Bitcoin. Indeed, my fear is that they will eventually become unhinged, just like the characters in Goodfellas who pulled off a big heist but couldn’t spend any of it without giving themselves away.

For those who are ready to acknowledge reality and the inevitability of a changing taxation scene, let me refer to another song lyric of the The Clash who sang of two choices ...”Should I stay or should I go?”

Staying in the U.S. requires the realists to bring their tax situation into compliance before being discovered. This means acknowledging their holdings and paying any capital gains taxes that are previously due or will be due in the future. It also means being resigned to whatever tax and regulatory future the U.S. has in store for them.

The second option is to leave the U.S. after bringing their tax situation into compliance. This requires acquiring and triggering a backup plan, which is customized to their particular circumstances and goals.

It is a truism that many people overestimate the cost of fire insurance and underestimate the cost of fire damage. The same is true for a backup plan—many fail to calculate or appreciate the financial damage they could suffer by not having such a plan in place. This damage will increase dramatically should the extremely likely event that capital gains tax rates increase dramatically, or should the Ultra-Millionaire Tax expatriation penalty pass into law.

Most significantly, their wealth will be devastated should Ray Dalio’s prediction come true that cryptocurrency, like gold in the Depression, is suddenly banned. For those who do not believe such a thing is possible, they should turn their attention to the reality that the world’s largest democracy has already announced that they are going to do just that!

Once the individual has legally and permanently severed their U.S. tax liability, they can enjoy their wealth without concern of U.S. tax liability or even reporting requirements. With proper expert advice they can even spend up to four or six months, physically in the U.S. without reacquiring their prior liability.

So the time is overdue for those who have Mo Crypto Money to seek advice as to what path is best for them. For those who refuse to acknowledge their Mo Crypto Problems, they should get ready for a rough future. Not making a decision is actually the equivalent of making a decision, and like the sailor sailing out to sea without reading the weather radar, the perfect storm is just over the horizon.

David Lesperance is founder and principal of Lesperance and Associates and is one of the world’s leading international tax and immigration advisors.