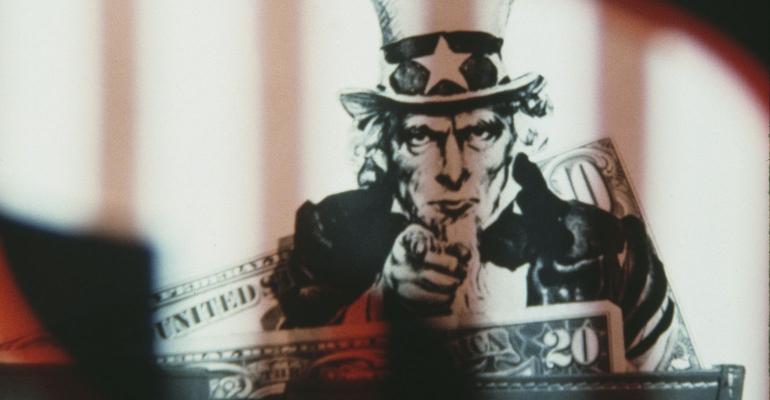 How digital assets are taxed is poorly understood by clients and advisors alike.

Advisors—many of whom are still struggling to reckon with the mere existence of cryptocurrencies—are increasingly facing the terrifying prospect of figuring out how to plan with, and for, them.

With the price of Bitcoin continuing to rise and non-fungible tokens suddenly bursting into mass media consciousness via fantastical stories like digital artist Beeple’s recent sale at Christie's for a staggering $69 million in Ether—the first time the venerable auction house has ever accepted payment via crypto—digital currencies and assets are rapidly forcing their way into the mainstream, and into your client’s life.

However, as with many things technological, our reach often exceeds our grasp, and crypto holders, by and large, don’t fully comprehend many of the financial implications of their use, often simply assuming that they operate similarly to fiat currency. This is not the case.

One area where advisors can step in and bridge this knowledge gap is in the rapidly evolving area of taxation of digital assets.

Although crypto currency has the word “currency” in the name, it’s misleading. “As with other investments, like stocks, the IRS views cryptos as property,” says Joel Revill, CEO of Two Ocean Trust LLC in Wyoming. This distinction is important, as it means that cryptos are subject to capital gains taxes.

Crypto holding is more a security than fiat currency for tax purposes and comes with many of the same tracking and reporting requirements. That’s where things start to get difficult.

Ron Gong, managing partner of Catalyst Family Office, an offshoot of what was formerly known as MyCFO, says the confusion over taxation of cryptocurrencies “could result in unintentional taxpayer noncompliance worth billions.”

The Nightmare of Crypto’s Cost Basis

Each transaction with crypto creates at least one, and more likely several, taxable events on both sides.

Not only is Beeple himself on the hook for taxes on the NFT he sold­—NFT creators that sell their original work report the sale price as ordinary income, even if they receive cryptocurrency in payment (crypto used to pay for goods and/or services is reported as normal income by the recipient)—but the buyer is similarly liable for capital gains taxes on the difference in what he paid for the ether initially and the $69 million valuation at the time he used it to “pay” for the art.

This is just the simplest version of the scenario, because we’re assuming the buyer gathered all of the ether he used in a single transaction, with the same initial cost basis. What’s far more likely is that the ether was gathered over the course of thousands of transactions, every single one of which potentially generates its own taxable event and needs to be reported and tracked individually to determine its basis going forward, not to mention whether it should be taxed as a short- or long-term gain.

When you begin to factor in that some of these transactions may have been for fiat currency, while others were themselves exchanges of crypto, the rabbit hole gets very deep. And this is all just to figure out the tax owed on one large purchase. 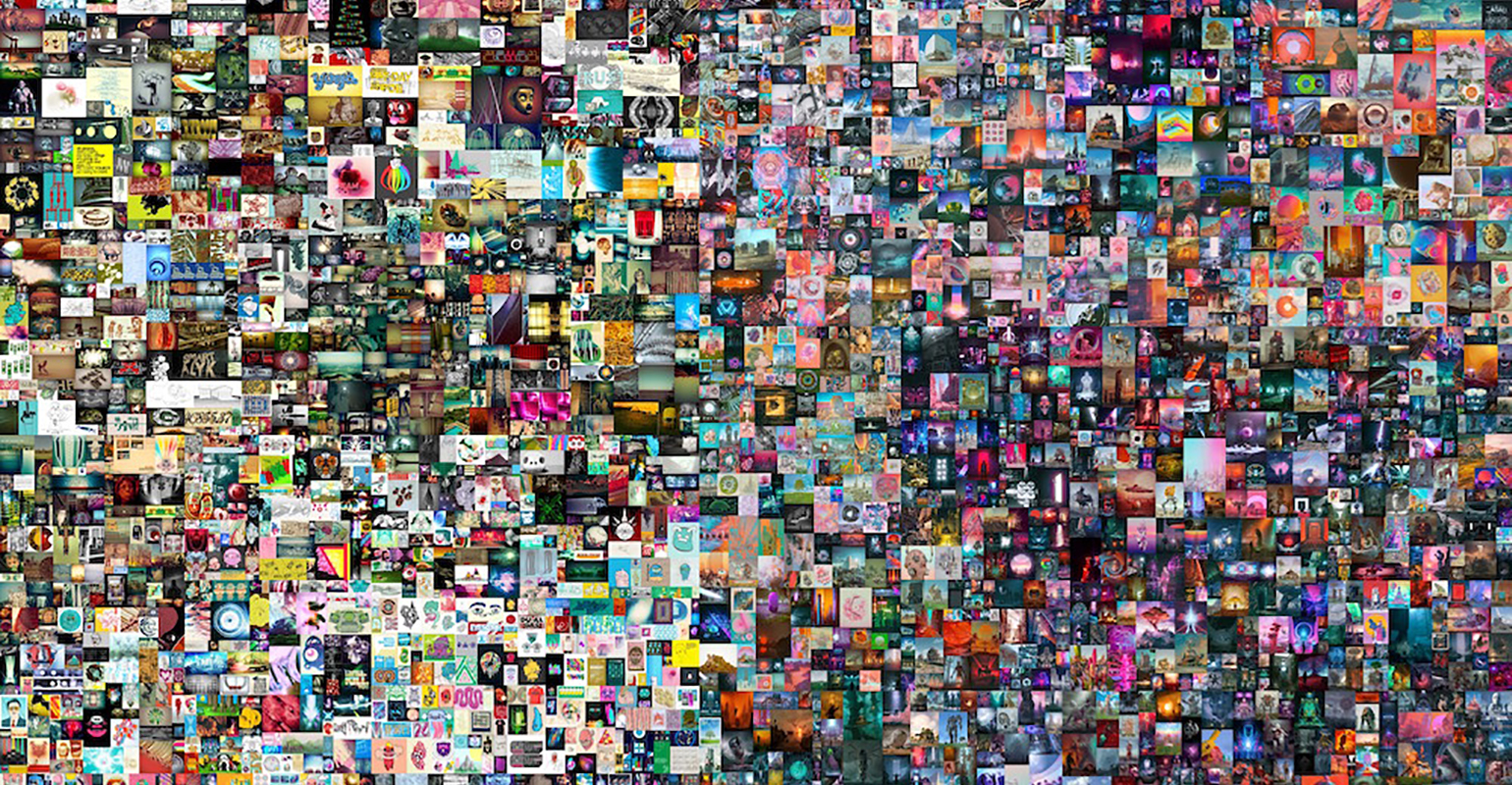 A portion of Beeple's "Everydays." The NFT of the jpg sold for $69 million.

These reporting challenges cause both experts and the IRS a great deal of consternation. Even being fully aware of the nature of how crypto is taxed, it’s still an enormous amount of information to keep track of. For clients completely unaware, who assume they can use their cryptocurrency as, well, currency, the potential for errors of omission pushes into the realm of certainty.

The IRS is well aware of the potential for error here, but it is not going to quietly pass up the potential billions in revenue due on these transactions.

One important indicator is that it recently moved the “yes/no” question about whether a taxpayer has been involved in any digital currency transactions to Page 1 of Form 1040. It was previously buried in the tax forms under Schedule 1, where it could be easily missed.

According to Gong, the IRS often uses checkbox questions like this for items it intends to further look into, because it gets the taxpayer on the record about the existence of their holdings or transactions in a document signed under threat of perjury. This provides the service an easy jumping-off point into a further investigation into the specifics, should the IRS deem it important.

However, even if the existence of crypto transactions is established, there’s some debate over how feasible it is to actually go in and unravel the specifics.

This is where one of the great crypto paradoxes comes into focus. Every transaction is captured and recorded on the blockchain—that’s the appeal. However, crypto transactions are also often made anonymously. While all of the information is there to be examined, it can be difficult to discern who is behind the transaction. Experts are divided on whether it will be easier or more difficult for government agencies to track crypto, as opposed to fiat, transactions. That they have a vested interest in trying is certain.

Beyond the reporting challenges, cryptos don’t play nice with a number of wealth planning techniques. “There’s almost an inherent conflict between this new asset class and traditional methods of generational wealth planning,” Revell says. “To unlock the benefits of many traditional planning techniques requires the asset owner relinquish control of the asset. However, cryptocurrency is self-sovereign by design. The two concepts simply aren’t congruent.”

Access to a crypto wallet is determined by a pairing of a public key and a private key. Anyone with knowledge of the private key can access the wallet. So long as one has knowledge of the private key, it’s, in effect, impossible to relinquish control of the assets therein. To meet the requirements of a trust would require giving access to, say, a trustee who then moves the assets to a new wallet with a unique key that the initial grantor doesn’t know—an oversimplified version of how Revell’s own trust company handles the challenge.

However, the tax implications of digital wallets themselves are still murky. Much remains up to legal interpretation and has, so far, remained unchallenged. Experts say that won’t last.

Is an NFT Really a Collectible, and Other Taxing Questions

Whether or not an NFT is truly a “collectible” is an important one, as that changes the rate at which it is taxed. NFTs are certainly being considered collectibles by those creating and buying them. However, the definition of collectibles for tax purposes conspicuously includes the word “tangible.” Can something be both digital and tangible? Currently some NFTs will be treated as collectibles and others won’t, but where is the line between the two drawn? These are questions that have yet to be tackled by the IRS but have significant financial implications.

Finally, state tax laws are far more varied and unsettled (in most jurisdictions) in their treatment of cryptos. Indeed, the majority of states don’t even differentiate between capital gains and normal tax rates, which could seriously ramp up certain clients’ potential exposures if they simply follow the federal model.

The one question that advisors and clients seem to be most concerned with, ‘how easy is it to turn crypto back into actual money?’ actually has the most straightforward answer.

Both Revill and Gong agreed that, in the theoretical case of a client selling an item for $69 million in crypto and having to liquidate an eight-figure amount of that into cash to pay the tax bill, it would take only a matter of days.

Though both also stressed that they would advise against doing so in such a manner as the transaction fees involved would make it wildly inefficient. That said, this timeline isn’t particularly different than what it would take to turn a similar amount of securities into liquid cash. That speaks to the growing liquidity of the market—just a few years ago, crypto holders were running into brick walls trying to turn $10,000 worth of coin back into fiat currency.

Despite the challenges, the mainstream emergence of crypto and digital assets isn’t slowing down. Much remains unknown. Clients—and the IRS—will have questions. Advisors obligated to give them the best advice will have to familiarize themselves with the answers.