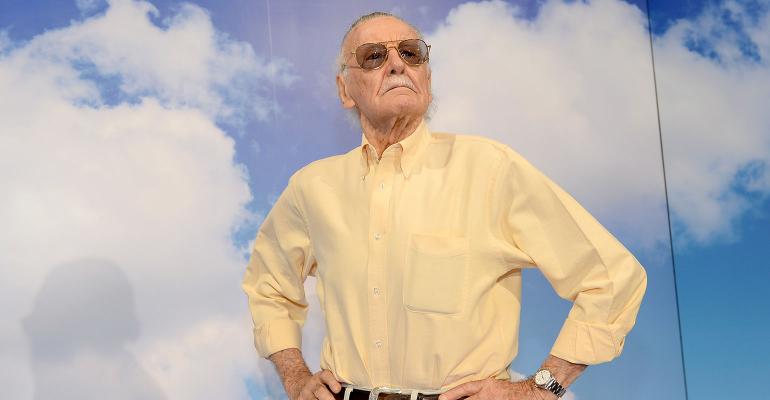 Marvel’s Stan Lee Dead at 95. Is it Clobberin’ Time?

Given the elder abuse allegations swirling at the end of his life, a comic-book brawl may be in the cards.

Stan Lee, the legendary writer, editor and publisher whose name and face are synonymous with Marvel Comics, died Monday at aged 95.

He started in the business as a gofer making $8 a week at Marvel predecessor Timely Comics, and eventually worked his way through the ranks all the way to publisher by 1972 (with a break to serve in WWII). On the way he, alongside fellow legends Steve Ditko—who passed away in July—and Jack “King” Kirby, helped create a veritable who’s who of superheroes, including: Black Panther, Spider-Man, the X-Men, the Mighty Thor, Iron Man, the Fantastic Four, the Incredible Hulk and Daredevil.

He took Marvel all the way from a small publisher to a merger with Disney that ultimately led to the Marvel Cinematic Universe that dominates box offices today. (He also had cameos in basically every Marvel film.)

Unfortunately, Lee could have used a superhero himself later in life, as erratic behavior in both his business and personal life led to suspicions of dementia and elder abuse.

James Dougherty, partner in the private client and tax team of Withers, explains: "Celebrity cases like Stan Lee's brings to the public's attention the issues that unfortunately are seen too often in our field—as people are living longer with diminishing capacity, conflict and claims of undue influence frequently occur. There is a lot we do not know yet, which is common given how early it is in the estate administration process. What we do know is that with matters like these—the death of an individual does not kill off the conflicts that existed—those will live on."

We covered some of the sad details when they surfaced in June, and, although few details about his estate are currently known, it’s definitely one to keep a close eye on because, if the latter part of his life is any indication, a comic-book style battle royale may ensue.