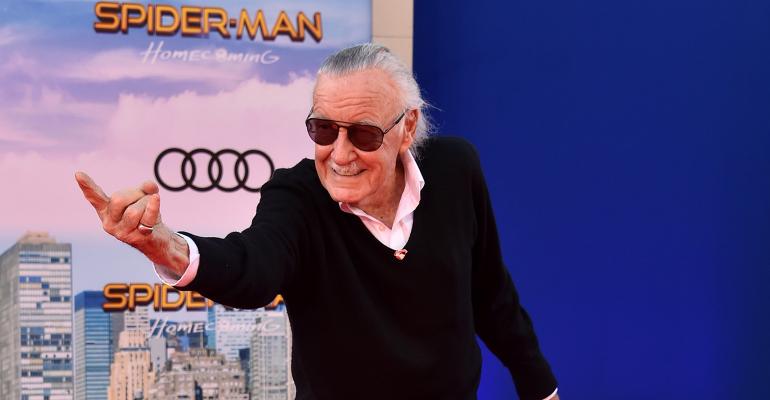 What Can Advisors Learn from the Stan Lee Elder Abuse Allegations?

The superhero creator needs his own hero right about now.

A Los Angeles judge recently granted Marvel Comics legend Stan Lee, 95, a temporary restraining order against Keya Morgan, Lee’s manager and business partner, who has been acting as his “caregiver” since the passing of Lee’s wife last July.

The petition in support of the order was filed by Tom Lallas, Lee’s former attorney (he was fired back in February), alleging, among other things, that Morgan has been unduly influencing and isolating Lee. In the complaint, Lallas states that there are multiple ongoing criminal investigations regarding potential financial elder abuse against Morgan; an attached police report indicates that a detective has observed that Lee has short-term memory impairment and is “heavily influenced” by Morgan. Lallas goes on to say that he himself reached out to law enforcement to conduct a welfare check on Lee after numerous failed attempts to contact him directly following his unexpected termination earlier this year.

Lallas goes on to detail the bizarre actions of Morgan. For example, on being denied entry to Lee’s home by a security guard because law enforcement and Adult Protective Services were conducting a private interview with Lee, Morgan allegedly proceeded to make a false call to 911 claiming there were three burglary suspects inside Lee’s home, despite being told that Lee is with detectives. In another instance, Morgan once again made a false call to 911 accusing a security guard of assault with a deadly weapon against himself and Lee after the security guard refused to sign a non-disclosure agreement. Morgan was arrested for a false report of an emergency on June 11, 2018, and an emergency protective order was issued to protect Lee from him.

Lallas further alleges that his own firing came at or around the same time that Morgan took control of Lee’s home on Feb. 15, 2018 and started making household decisions. Morgan allegedly hired a security team to keep out Lee’s family members and others that have helped Lee in the past. More recently, the complaint alleges that on June 8, Morgan moved Lee from his longtime family home to a condominium in what may be another attempt to further isolate him.

In a statement to TMZ, Morgan denied the claims against him. “I have taken great care of Stan Lee for the past many years, and have never had a problem directly with Stan. I have a fantastic relationship with him for the past many years as he has stated countless times on the record and I literally saved his life once," Morgan told the entertainment news outlet. "This is a witch-hunt by his daughter and her lawyer against me because she cannot stand the fact Stan likes me so much.”

Elder Abuse on the Rise

As anyone who reads the tabloids has probably noticed, financial elder abuse (and elder abuse in general) is on the rise. Amanda DiChello, a member of Cozen O’Connor’s Private Client Services Group in Philadelphia, who’s not involved in the Lee case, suggests that the prevalence could be a result of the aging baby boomer population who have accumulated significant wealth and can no longer independently oversee it.

In this case, there’s a lot of unknowns surrounding exactly what type of financial abuse is going on. According to DiChello, access to assets is often gained via legal instruments, like powers of attorney, making it necessary to prove that either the power was obtained improperly or that the agent is abusing the power. If the authority was indeed obtained through a power of attorney, for example, “the issue of the agent’s authority to act would turn on the exact language granting the power and would also include a determination of whether the agent exercised the authority in the best interest of the principal,” she says.

The attorney in this case, Lallas, was hired by Lee to assist with various legal matters, including estate planning, and it was Lallas himself who made the call to law enforcement to investigate potential abuse. DiChello cautions, however, that although estate planners should stay vigilant when working with elderly clients, often it’s not possible for them to be the gatekeepers, particularly once the estate planning process has been finished.

DiChello says that usually the biggest red flags in undue influence cases to look out for are signs of isolation, cut off or limited communications and a sudden change to documents and/or the firing of long-standing advisors, along with the hiring of new advisors.

Despite the challenges of preventing abuse, one potential option she suggests is to create trusts with multiple trustees and trust protectors who can make sure no trustee is stepping out of line.

Other preventative measures can come by way of legislature. “Legislators are taking notice and making changes to power of attorney statutes and other related elder abuse laws in order to curb both financial and physical elder abuse,” said DiChello.