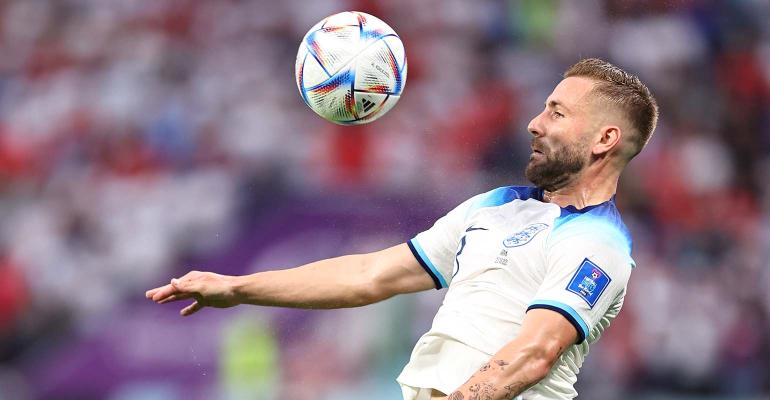 Looking for the World Cup Winner? Don’t Follow the Money

Even in today’s winner-takes-all economy, superstars won’t always come out ahead.

(Bloomberg Opinion) -- England is going to take the World Cup — besting Brazil in a tight final after narrowly defeating Portugal.

It’s hard not to reach that conclusion after contemplating England’s imposing $1.3 billion-plus roster. It’s the richest in the competition, roughly 80 times as valuable as the home team, Qatar, at the very bottom of the pile. If England’s scoring abilities are proportional to the money its players are worth, it should dispose of Iran in the opener by 21-to-1.

But even if there’s a team out there willing to spend $166 million for the French wunderkind Kylian Mbappé — his value according to football website transfermarkt, it is probably unreasonable to expect him to score 1,600 as many goals as Australia’s Garang Kuol, even though he is worth only around $104,000.

The chasm that has yawned between the Brobdingnagian valuations of elite players and the price tag of mere mortals plying their trade outside the limelight of the European leagues is not driven by surging footballing abilities. This is just another story of technology driving inequality in our increasingly winner-takes-all world.

Brazil’s Pelé, arguably still the greatest football player of all time, made his World Cup debut in Sweden in 1958 when he was only seventeen. In 1960, his team, Santos, reportedly paid him $150,000 a year — about $1.5 million in today’s money. These days that would amount to middling pay. Paris Saint-Germain pays Mbappe $110 million a year. Even aging superstars Lionel Messi and Cristiano Ronaldo, who are on their way out, make $100 million or more, including sponsorships. They are not 67 times as good as the Brazilian master.

This is not just about football. In 1981 the University of Chicago economist Sherwin Rosen published an article entitled “The Economics of Superstars.” Rosen argued that technological progress would allow the most sought after talent in any given occupation to serve a bigger market and reap a greater share of its revenues. It would also reduce the spoils available to the less gifted in the business.

Pelé just had a small revenue base because not that many people could watch him play. In 1958 there were about 350,000 TV sets in Brazil. The first television satellite, Telstar I, wasn’t launched until July 1962, too late for Pelé’s World Cup debut. FIFA boss Gianni Infantino predicts that 5 billion people will watch the games in Qatar. That is 66% more than the entire world population in 1960.

This pattern shows up in other sports. In 1990, the most expensive payroll in Major League Baseball — at $24 million — belonged to the Kansas City Royals. This year the New York Mets top the list at $287 million. Inequality has widened considerably. While the Royals were paying about three times as much as the White Sox, the cheapest team in the league back in the day, the Mets’ payroll is almost six times that of the Oakland A’s at the bottom.

The music industry exhibits a similar dynamic: The technological progress that replaced vinyl records and the local radio station with iTunes and Spotify has supersized the reach of the top acts, propelling the globalization of the industry and driving a larger share of the money into the pockets of the very top global bands.

BTS wouldn’t have happened 20 years ago. Or, rather, it would be some locally popular Korean boy band. Last year they performed at the United Nations.

In “Rockonomics: The Economics of Popular Music” the economists Alan Krueger and Marie Connolly observe that in 1982 the top 1% of artists took in 26% of concert revenue. By 2003, their share had risen to 56%. That was, by the way, a much larger share of the pie than the 16% of national income taken that year by the one-percenters at the top of the US distribution.

And of course, some of the same stuff is going on in the business world. Economists Xavier Gabaix at Harvard, Augustin Landier at HEC Paris and Julien Savagnat of Bocconi University in Milan estimated that the fast rise in pay of corporate chief executive officers has mostly reflected the growing size of corporations.

Hiring the “best” top executive might only marginally increase the stock value of a company. But when the market cap is $2.4 trillion, tiny gains can add up to real money. As Gabaix and Landier wrote in an earlier paper, “Substantial firm size leads to the economics of superstars, translating small differences in ability to very large deviations in pay.”

Fortunately for all the football fans out there, whether sipping their Coke in the alcohol deserts of Qatar’s stands or watching comfortably at home while sipping their lager, markets can fail and send us astray.

There are all sorts of frictions in the market for soccer players, like long-term contracts with humongous buyout penalties that require teams to evaluate a player’s talent not over a year or two but over the arc of a career.

Ronaldo’s and Messi’s price tags seem weighted by nostalgia. Maybe Mbappe isn’t worth quite $166 million, if measured in pure soccersmanship. Perhaps his life story, growing up in the banlieue, has some specific value to Parisian fans.

At some $78 million, Argentina forward Lautaro Martinez is perhaps worth 2.5 times as much as his compatriot Paulo Dybala. But so far this year he has only scored eight goals for Internazionale Milano against Dybala’s seven for Roma.

So maybe Harry Kane gets hurt, or Harry Maguire does Harry Maguire or…. Maybe the World Cup does not “come home” this time either. It won’t be England’s first disappointment. After all, the most expensive team in world football is England’s own Manchester City. How many times has it won Europe’s Champions League? Zero.

To contact the author of this story:
Eduardo Porter at [email protected]