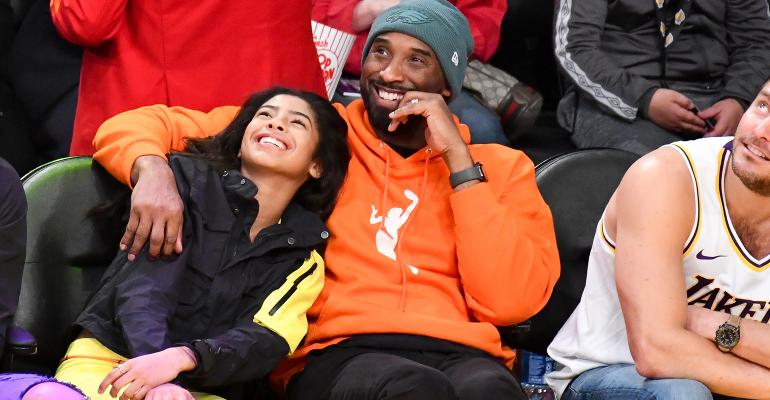 Kobe Bryant and the Importance of Estate Planning

Kobe Bryant made an estimated $680 million during his 20-year basketball career between endorsements and his actual salary.

The sports world lost a titan on Sunday when Kobe Bryant, along with reportedly 8 others, including his 13-year old daughter, died tragically in a fiery helicopter crash.

Kobe’s influence extended far beyond his NBA stardom and eclipsed international borders, both as a result of the league’s extensive global influence and the fact that Bryant spent most of his childhood in the Italian province of Rieti. He was a citizen of the world in a way unique among American athletic stars. He is survived by three minor daughters and his longtime wife, Vanessa.

As is our wont here at Wealthmanagement.com, whenever there’s a universally mourned loss such as this, we take the opportunity to focus on the importance of estate planning—to try to salvage some sort of positive from such awful events. Though it’s far too early for the exact details of Kobe’s estate to come out—and, frankly, given his business acumen and extended period as an international star, it’s a safe bet that there are vehicles in place to prevent the public ever fully knowing most of the details—there are still some insights to be gleaned from his passing.

Kobe made an estimated $680 million during his 20-year career between endorsements and his actual Los Angeles Lakers’ salary. And that’s before we consider any successful business ventures or the still very legally sticky issue of his likeness rights. By any count, this will be the largest potential estate for an athlete that we’ve ever seen.

As mentioned above, given Kobe’s personality, business mind and lengthy period in the spotlight, it’s highly unlikely that he died without at least some planning documents in place—likely more than a few (though it’s entirely possible that a wealthy client this young could have taken the time to set up trusts for asset protection purposes or his children’s futures but still not actually executed a will, though given his family structure and how federal intestacy laws work, I don’t think the lack of a will would matter too much estate tax-wise). However, even with a plan in place, it’s impossible to anticipate someone passing this unexpectedly and so young, so there will almost certainly be a few monkey wrenches in the works.

For instance, it’s likely that any plan he may have had would involve the use of trusts or other vehicles to remove assets from his estate for federal estate tax purposes (California currently has no state estate tax). But, given Kobe and his family’s youth, it’s highly unlikely that they’d gotten too far along in actually moving those assets, as doing so simply wouldn’t make much financial sense when there was, presumably, still so much time for them to benefit Kobe during his life.

There’s also the potential for civil suits brought by the families of those also killed in the crash. It was Kobe’s private helicopter and reports indicate the weather at the time was poor for flying and many vehicles had already been grounded. Also, Kobe is almost certainly the wealthiest individual involved and the nature of these sorts of things tends to see the person with the most money being the one who gets sued. No matter how thorough Kobe’s plan, I doubt that the possibility of up to seven wrongful death lawsuits was considered during drafting. So that’s a situation to keep an eye on.

Since Bryant’s wife, Vanessa, survives him, most potential tax liability from assets inadvertently left in his estate will be mitigated by the spousal exemption and will likely pass to her tax-free—though they would also pass through probate, so there is a privacy price that could still end up being paid. While that’s largely fortunate (an odd turn of phrase when discussing a tragedy, but there you go) for the Bryant family taxwise, it does now shunt the majority of estate planning and wealth preservation duties for Kobe’s wealth onto his wife.

Unfortunately many advisors still hold to the outdated model of interacting largely with the husband (even sometimes, bizarrely, in cases where the man may not be the wealth creator), so the question now arises as to what Vanessa’s relationship with Kobe’s advisory team actually looks like. This sad reality highlights the true value of an estate plan and trusted advisors. That’s an overwhelming responsibility to have suddenly dropped in your lap, particularly while also mourning the simultaneous loss of a spouse and young child (and with estate planning, by its nature, someone will always be dealing with a loss), so she will need her advisors more than ever. If the advisory team hasn’t taken the time to cultivate a bond with her, then they’ll certainly be kicking themselves at the potential loss of nearly a billion dollars if she decides to take the Bryant fortune elsewhere.

Ultimately, however, we’re mostly trying to put lipstick on a pig of a situation here. Estate planning is an important yet highly difficult topic to broach with clients and professionals alike, and the sad truth is that celebrity tragedies like Kobe’s are one of the best opportunities to bring up the topic and have people somewhat pay attention. Make of it what you will.