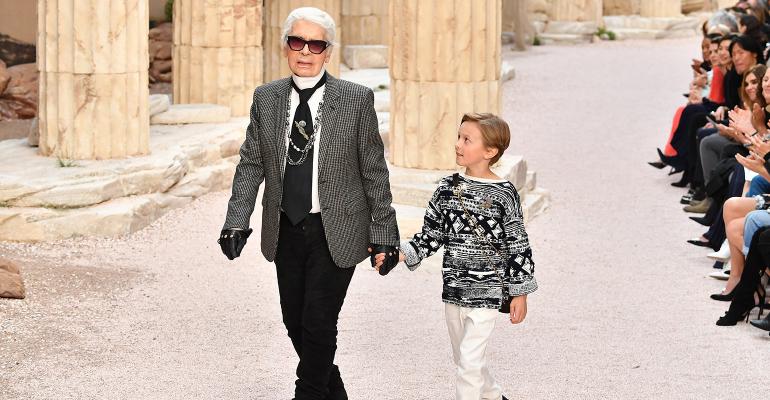 Karl Lagerfeld's Estate Could Be as Unique as He Was

The leading potential heirs to the fashion icon's £150 million fortune include a child model and his cat, Choupette.

Fashion icon Karl Lagerfeld died at age 85 on Monday. The German designer was most famous for his 35-year association with Chanel, a brand he’s credited with rescuing and bringing back into the spotlight, as well as his somewhat bizarre personal style.

Though none of his estate-planning details have been made public yet, that hasn’t stopped the speculation train from leaving the station. And, as would be expected of an eccentric German fashion designer who dressed like Dracula, the list of those who potentially stand to inherit his roughly £150 million fortune is just a bit odd. The two leading candidates appear to be his 9-year-old model godson, Hudson Kroenig, son of Lagerfeld’s muse, male model Brad Kroenig (Lagerfeld had no children of his own) and, of course, Lagerfeld’s cat, Choupette. In a 2011 interview with CNN, Lagerfeld lamented that, “There is no marriage, yet, for human beings and animals … I never thought that I would fall in love like this with a cat.”

Yep, we may have another Leona Helmsley on our hands. The estate will be governed by German law, which allows for pets to be named as heirs, so if Lagerfeld wishes to leave part of his fortune to Choupette, he shouldn’t face much legal trouble, unlike the Queen of Mean (If you got that joke, congratulations, you’re as big an estate-planning nerd as I am). Not that Choupette needs the money, of course. She’s worth £2.5 million in her own right, having appeared in fashion shows and ad campaigns. The white Birman also has 150,000 Instagram followers.