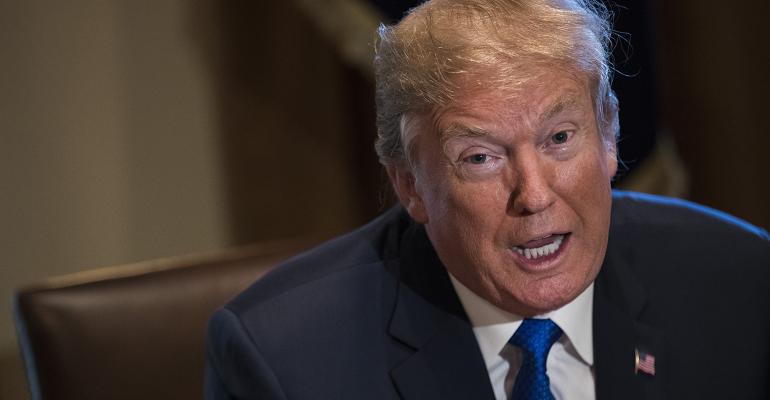 (Bloomberg) --House Republicans say they’re determined to simplify the U.S. tax code. A long-awaited provision in the massive tax bill they unveiled Thursday, a special rate for “pass-through” businesses, could do exactly the opposite.

“The tax code was already overly complicated, and this is going to make it worse,” said Anjali Jariwala, a CPA and financial planner at FIT Advisors in Redondo Beach, Calif., who specializes in doctors.

For the wealthiest taxpayers, the provision could create big savings by slashing top rates from 39.6 percent to 25 percent on some income. The vast majority of U.S. businesses—from dry cleaners and sports teams to law firms and even many of President Donald Trump’s personal holdings—are set up as pass-through businesses, in which profits pass through to owners untaxed and then are reported as income on their individual returns. A regular corporation pays its own corporate taxes; shareholders pay another round of taxes on any dividends they receive.

The House bill could prompt many more Americans to consider setting up a pass-through business. Along with cutting corporate tax rates, it reduces rates for pass-through businesses to a new maximum of 25 percent. Millions of well-paid workers who pay a top federal rate of 39.6 percent might have an incentive to stop earning a salary and start hiring themselves out as contractors to get the lower rate.

The bill’s authors have tried to head off a flood of new pass-through businesses and limit the provisions’ costs to the U.S. Treasury. Under the bill, many service providers—doctors, lawyers, accountants, and people in fields like financial services and the performing arts—are assumed to be excluded from the pass-through rate. Other pass-through businesses would have 70 percent of their income classified as wages, subject to a higher federal rate and to Social Security and Medicare payroll taxes. Just 30 percent of their income would get the low pass-through rate.

Business owners could hire accountants to challenge these assumptions. A business could prove to the Internal Revenue Service that it deserves to pay the lower rate on its pass-through income based on how much capital it has invested.

This is where the complications come in. The bill offers a series of formulas to determine how much of a business’s income is subject to the pass-through rate, and they’re already making accountants’ heads swim.

“It’s way too complicated at this point,” said Johanna Fox Turner, a CPA and financial planner at Fox & Co. Wealth Management in Kentucky who also specializes in doctors. “I just cannot figure out how they’re going to get all that to work.”

House Republican leaders cite the example of a lawn care business owned by a married couple that brings in $500,000 in profits a year. The pass-through provision, along with the elimination of the alternative minimum tax, should allow this couple to cut its current tax bill of $128,000 by about $25,000, according to a statement issued by the House Ways and Means Committee.

While the bill’s writers try to exclude professionals, such as doctors and lawyers, from the pass-through rate, these taxpayers have every incentive to find a way around the rules. For someone paying an effective tax rate of 33 percent, reclassifying even a small percentage of income at the 25 percent rate can save a lot of money, Jariwala noted.

Middle-income business owners, meanwhile, won’t get much benefit, if any, from the new pass-through rate. An unmarried person earning less than $91,900 already pays a top marginal tax rate of 25 percent.

That’s why the National Federation of Independent Business, a small-business lobbying group, says it opposes the House bill. “We think the benefits [of the new pass-through rate] should extend to all small businesses,” said spokesman Jack Mozloom. In addition to offering lower preferential rates for smaller businesses, Mozloom said, the bill shouldn’t make distinctions between professional service providers and other pass-through businesses.

Those accountants are now busy poring over the new law, figuring out ways they and all their clients could save the maximum in taxes. Meredith Tucker, a CPA at Kaufman Rossin based in Ft. Lauderdale, Florida, asks, for example, whether a law firm, now organized as a pass-through partnership, could reorganize as a management company to grab the new, lower corporate tax rate of 20 percent?

“We’re all going to get our pencils out and figure out how to legally push the envelope,” Tucker said. “That’s what we do.”