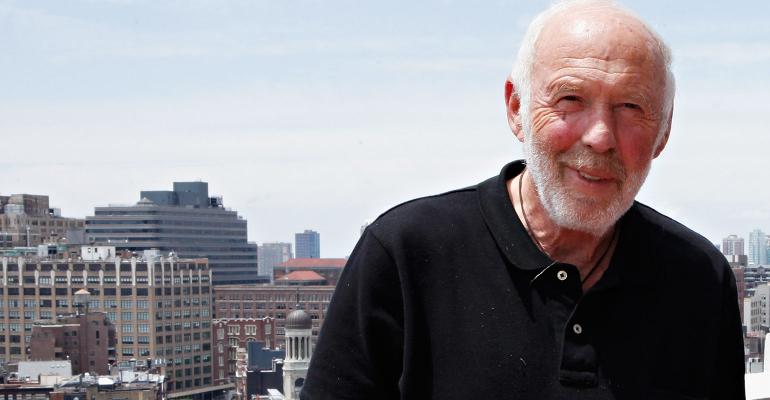 Mark Heising runs Medley Partners for foundations and charities controlled by the Simons family as well as family members.

(Bloomberg) --A family office founded by Jim Simons’s son-in-law has registered as an investment adviser with more than $3 billion of gross assets.

Mark Heising runs Medley Partners for foundations and charities controlled by the Simons family as well as family members, according to a registration with the Securities and Exchange Commission. Medley doesn’t seek investors who aren’t affiliated with the family, the document says.

While most of Medley’s assets are managed through traditional funds, the San Francisco-based adviser also runs separate accounts for family members such as Jim Simons, founder of Renaissance Technologies, one of the world’s most profitable hedge funds. He has a net worth of almost $16 billion, according to the Bloomberg Billionaires Index.

The Simons family has at least three advisory firms -- Medley, Euclidean Capital and Meritage Group -- to manage the fortunes members have accumulated from Renaissance. Meritage, also in San Francisco, is overseen by Nathaniel Simons, Jim’s son. Meritage managed more than $9 billion at the end of 2017, according to its website.

Medley describes itself as “the private markets investment manager” for Simons family foundations, including Sea Change Foundation, which addresses threats posed by climate change. The firm invests with managers whose strategies range from buyouts and venture capital to real estate and credit, according to its registration.

Heising, who is married to Liz Simons, a former teacher who now works as the chair of the Heising-Simons Foundation, was Medley’s sole owner until this year. On Jan. 1, he transferred an undisclosed portion of his Medley stake to other executives at the firm, triggering the need to register with the SEC as a money manager, according to the filing.

A former chip designer, Heising attended University of California at Berkeley, where Jim Simons graduated with a Ph.D. in mathematics. Heising holds six patents, including at least one tied to cryptography; his father-in-law was a military code-breaker before starting Renaissance.