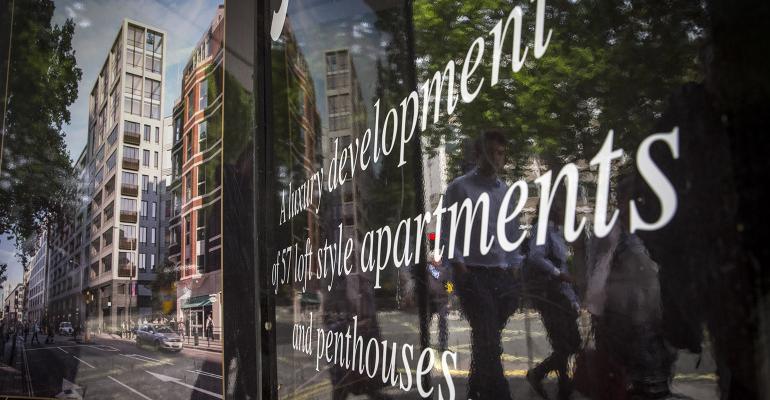 The luxury real estate bubble looks to be bursting worldwide.

For much of the past decade, luxury real estate experienced a massive boom, largely driven by heavy offshore investment. Those days seem to be over, as even the ultra-wealthy are increasingly mere tenants.

For international high net worth individuals hailing from volatile countries and regions (the Middle East) or those experiencing currency uncertainty (China and Russia), fancy properties in major cosmopolitan cities like New York and London represented a fairly safe investment both because of the seemingly unerring strength of the markets for such homes and the ability to easily shift assets from their potentially volatile native currencies into more stable dollars or pounds.

The New York market, long the standard bearer, was the first to show signs of cooling off in the summer of 2016. Four years of intense construction pushed the market towards oversaturation, and a strengthening dollar, driven by many factors—Brexit in particular—made foreign investors take pause. The messy 2016 U.S. presidential election surely did little to improve their confidence, as well. Krishna Rao, the economist for online real estate listings giant StreetEasy summed the shift up in a September interview with Bloomberg, musing:

“It may be that economic and political uncertainty have discouraged domestic luxury buyers, while a strong dollar kept foreign buyers at bay, and that they will both return to the market when their concerns are assuaged … But it may also be that prices and amenities in these luxury buildings have reached an unsustainable level and we are going to see some units languishing on the market and others quickly falling in price as they struggle to find buyers.”

London looked to be the immediate beneficiary of New York’s dip, as the slipping value of the pound in the wake of the Brexit referendum created the possibility of some particularly attractive deals, while the historical strength of the currency buoyed hopes that it would inevitably rebound. I speculated in an August article on this site that Chinese wealthy in particular could be moving heavily into the British real estate market, and around the same time, UBS Group AG, the world’s largest private bank, reported a rush of clients looking to fully pay off pound-based mortgages since the currency had dropped so far.

That rush hasn’t really materialized as intensely as many expected, largely because of new taxes. Perhaps lost in all of the hubbub surrounding the Brexit referendum, in April 2016, the British government enacted a 15 percent stamp tax on foreign purchasers of British real estate as well as an additional 3 percent surcharge if the property was the buyers’ second home. According to RT (admittedly, a source which may need to be taken with a grain of salt in certain areas), this heavy duty has had a chilling effect on foreign buyers, particularly in the London market. Of the £7.3 billion the tax raised in 2016 (again, only in force for two-thirds of the year), £3.4 billion, a bit less than half, came from London properties. Interestingly, the allure of the city is still strong, as many international wealthy are choosing to pay exorbitant rental fees rather than face heavy taxes to own. Rentals at £156,000 a year or more have been on the rise since the tax began to be enforced and lettings of over £3,000 went up some 28 percent in the fourth quarter of 2016.

This market shift could also be partially due to a change in the behavior of property owners who once were looking to sell, but now see renting as a more lucrative opportunity. RT spoke with Rupert Bradstock, partner at luxury London property investment fund Lennox Investment Management, who said of the phenomenon:

“The plan was to buy them, hold them for a period, then sell them. Now, we are going to keep them rented. We made the decision last year when it became clear the stamp duty was badly affecting the market.”

Apparently, even billionaires have landlords in 2017.