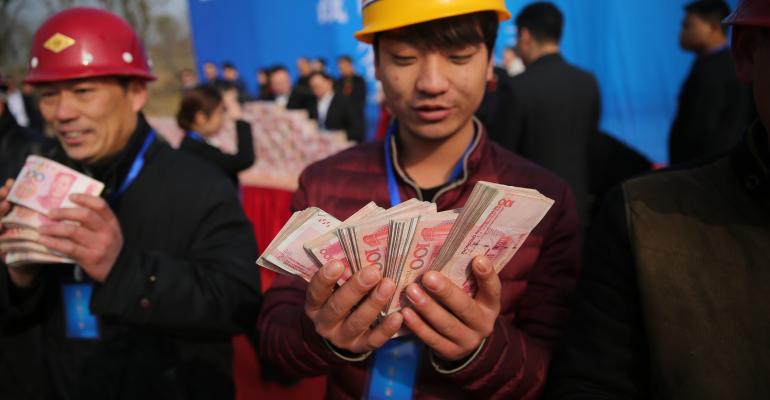 The surprise result of the Brexit referendum on June 23 has sent shockwaves through the financial world. This increased uncertainty and volatility has accelerated the trend of Asian high net worth (HNW) individuals looking to the West, both literally and financially.

Western real estate, long a favorite of Asian high net worth investors looking to hedge against volatility in their domestic economies is becoming even more popular.

According to the National Association of Realtors, between April 2015 and March 2016, Chinese buyers purchased more high-end homes in the U.S. than any other international group by a wide margin. Forty-two percent of foreign buyers who purchased homes worth $1 million or more during that period were Chinese. In the wake of the Brexit vote, the Chinese yuan, like many other currencies across Asia, experienced steep declines. The U.S dollar, on the other hand, gained momentum. Chinese investors, increasingly skittish about the volatility of the currency after what is now the third round of major depreciation in the past 12 months are looking for safe havens. Many may look to snap up luxury properties in major U.S. cities before the gap between the two currencies widens any further and potentially makes this favored wealth preservation vehicle untenable.

While Chinese investors are looking to jump on the U.S. real estate train while they can still afford to, they’ve also shown an increased interest in British property for precisely the opposite reason. The pound has fallen even further than the yuan has, and now offers potential value for Asian investors looking offshore. UBS Group AG, the world’s largest private bank, has reported a rush of clients looking to fully pay off pound-based mortgages now that the currency has dropped so far. In both cases, HNW Asian investors appear to have more confidence in foreign currencies, be it that the U.S. dollar will continue to be strong or that the pound will inevitably rebound, than domestic ones.

Though HNW investors in Asia are notable for favoring managing their own money, a recent study by Singapore-based East & Partners Asia Pte. reveals some erosion in that attitude. As of May, 52 percent of HNW Asians reported managing their own portfolios, down from 70 percent three years ago. Additionally, across the same period, the number of respondents who are clients of private banks increased from 10 percent to 25 percent. The firm anticipates that the increased uncertainty from Brexit will drive even more people to seek professional advice and projects the above figures to fall to 47 percent and rise to 30 percent, respectively, in the next year.

Life insurance policies have also seen a spike in popularity recently that Brexit-based uncertainty will likely only exacerbate. While mainland-based policies have become more popular in the past several years because of fear surrounding the long-rumored implementation of an inheritance tax, the real action appears to be happening in Hong Kong. In an attempt to keep wealth on shore, the Chinese government currently limits the amount that mainland citizens can send out of the country to $50,000 annually. High net worth investors have found that one of the most effective ways of putting that limited amount of money to work, or bypassing it completely, is buying Hong Kong life insurance policies. The policies are either maintained as an offshore wealth preservation vehicle, with an annual premium of the allowed $50,000 or bought for much more than that and immediately cashed out so the funds can be transferred into U.S. or Hong Kong dollars, effectively sidestepping the regulation entirely. According to the Office of the Commissioner of Insurance, the number of life insurance policies issued in Hong Kong to Chinese citizens has more than tripled in the last five years.

Ultimately, the current financial impact of Brexit on Asia appears to come down to uncertainty. However, HNW Asian investors are no strangers to dealing with it, particularly when it comes to the value of the yuan, and increasingly were already turning to Western financial institutions to help cope. Brexit looks to be accelerating this trend, and with the Asia-Pacific region recently surpassing North America for the first time in both HNW wealth and population, according CapGemini’s World Wealth Report, there will be no shortage of Western institutions rushing to service the demand.