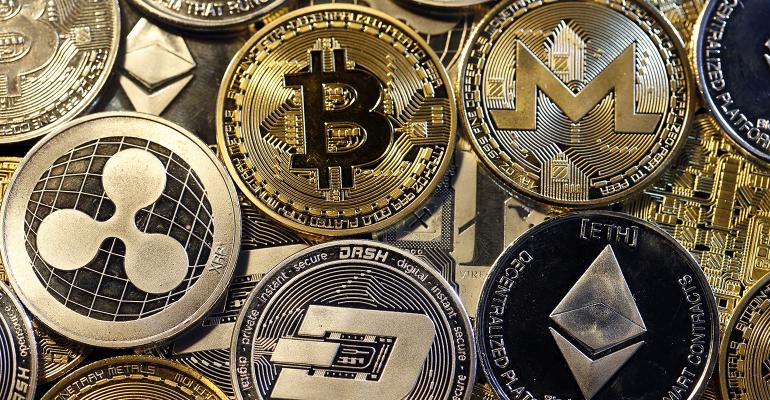 The Income Tax Consequences of Cryptocurrency

The form of digital assets presents unique challenges for fiduciaries.

Cryptocurrencies are the talk of the town, as the digital assets continue to gain in popularity. However, this relatively new form of digital assets also presents unique challenges for fiduciaries, especially when it comes to investment and distribution by executors and trustees and the resulting income tax consequences.

Income Tax Consequences of a Sale

Cryptocurrency is treated as property for federal income tax purposes. With respect to cryptocurrency held for investment, gain or loss on the sale of such cryptocurrency is generally treated as capital gain. Cryptocurrency held in an estate following the death of the decedent would be considered to have been acquired from or passed from the decedent and would have a basis in the hands of the estate equal to its fair market value (FMV) at the date of the decedent’s death. Because capital gain property taking such a step-up in basis, if sold by the estate, would generally be treated as held for more than one year even if sold within one year of a decedent’s death, gain or loss on such a sale would be long-term capital gain or loss. Capital gain would generally be excluded from the estate’s distributable net income (DNI) and thus not be taxable to the estate’s beneficiaries if it’s allocated to corpus and not paid, credited or required to be distributed to any beneficiary during the tax year, or paid, permanently set aside or to be used for charitable purposes. If cryptocurrency were sold in the same tax year as the estate’s terminating distributions, however, any capital gain resulting from the sale would be included in the estate’s DNI, included in the beneficiaries’ income and deductible by the estate.

Cryptocurrency held in trust would generally have a basis in the hands of the trustee equal to the settlor’s basis, unless the trustee used other assets to purchase the cryptocurrency, in which case it would have a basis equal to its cost. A sale of cryptocurrency by a nongrantor trust for federal income tax purposes would result in tax consequences to the trust and its beneficiaries generally the same as those for an estate, as discussed above. Income or loss resulting from a sale of cryptocurrency by a grantor trust for federal income tax purposes—that is, a trust deemed wholly owned by its grantor—would flow through to the grantor.

Income Tax Consequences of a Distribution

Cryptocurrency distributed by a grantor trust to a beneficiary would generally be treated for federal income tax purposes as acquired by the beneficiary directly from the trust’s grantor, with the beneficiary taking a basis in the cryptocurrency equal to its basis immediately prior to the distribution, no amount includible in the beneficiary’s taxable income and no gain or loss recognized to the grantor.