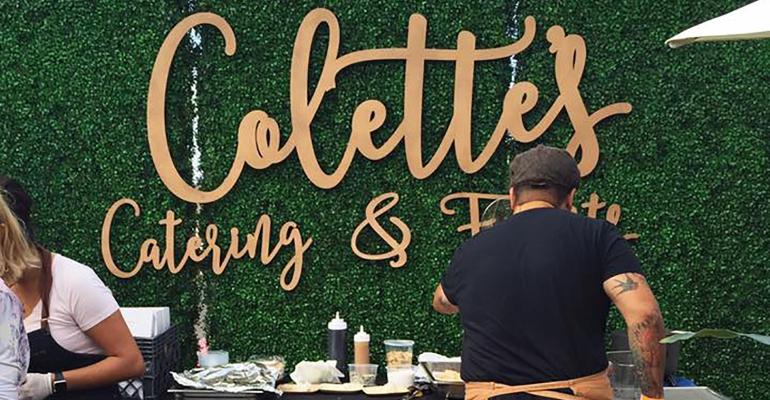 A unique perspective on how COVID-19 changed 'business as usual.'

The pandemic had unprecedented impact on family-owned businesses, for better or worse. While some were able to thrive, others had to pivot their day-to-day operations or figure out creative ways simply to stay afloat. Here’s a case study of three such affected family-owned businesses and some highlights of how each tackled the challenges inflicted by COVID-19, adapted to the “new normal” and, in many cases, gave back to their employees and communities.

One of the hardest hit sectors by the pandemic was the hospitality industry, and Colette’s Catering & Events was no exception. Opened by Colette Coffman in 1992 as a one-woman catering operation focused on cakes and small catering jobs, the company grew to a full-service catering company serving venues throughout Orange County, Calif., and Los Angeles. In 2004, business was thriving, and Colette took on Duane Greenleaf as co-owner.

Furloughs and cancellations. By late February–early March 2020, however, as fears of the virus began to mount, many of the company’s clients asked to cancel or postpone their events, and some requested full refunds of their deposits. Colette and Duane shifted gears to contact their vendors and marketing partners, asking them to defer, reduce, delay or stop services.

Despite their efforts, in response to California’s stay-at-home order, on March 17, 2020, the company was forced to furlough all but five employees. Initially, the company used the $700,000 proceeds from the Economic Injury Disaster Loan program and Paycheck Protection Program to pay health benefits to its workers, but, eventually, it had to permanently let go of 75 employees.

Creative solutions. The remaining five employees tried to get creative, introducing a new To-Go menu that offered catering, with limited stock and cooks. They marketed their Event Safety Measures documents with links to their offsite catering, restaurant and events websites for their two exclusive historic venues, showing their clients that they were still doing events while following CDC protocols.

In May, the team of five initiated a Great Plates (GP) program—a $35 three-meals-a-day delivery platform for senior citizens. The GP program ran from June 1 through Nov. 30, generating over $80,000 a month during most months. That, in turn, allowed the business to bring back some of its staff. “It was a lot of work, for not a lot of money, but it was a huge contributor to us being able to stay afloat,” Colette remarks.

Slowly improving. Fortunately, the business’s Benchmark restaurant in Santa Ana, Calif., was primarily an outdoor venue, so it remained open through much of the shutdown, despite rules prohibiting in-door dining. The company extended the restaurant’s outdoor dining area into the parking lot and added portable outdoor heaters to better accommodate customers. In early September, the company was able to rehire its executive sous chef and promote him to executive chef for both the catering company and the restaurant. The business gradually brought back its salaried sales team, one by one. As of December 2020, between the catering company and restaurant, the business is back up to 12 supervisors and 32 nonsupervisory staff. 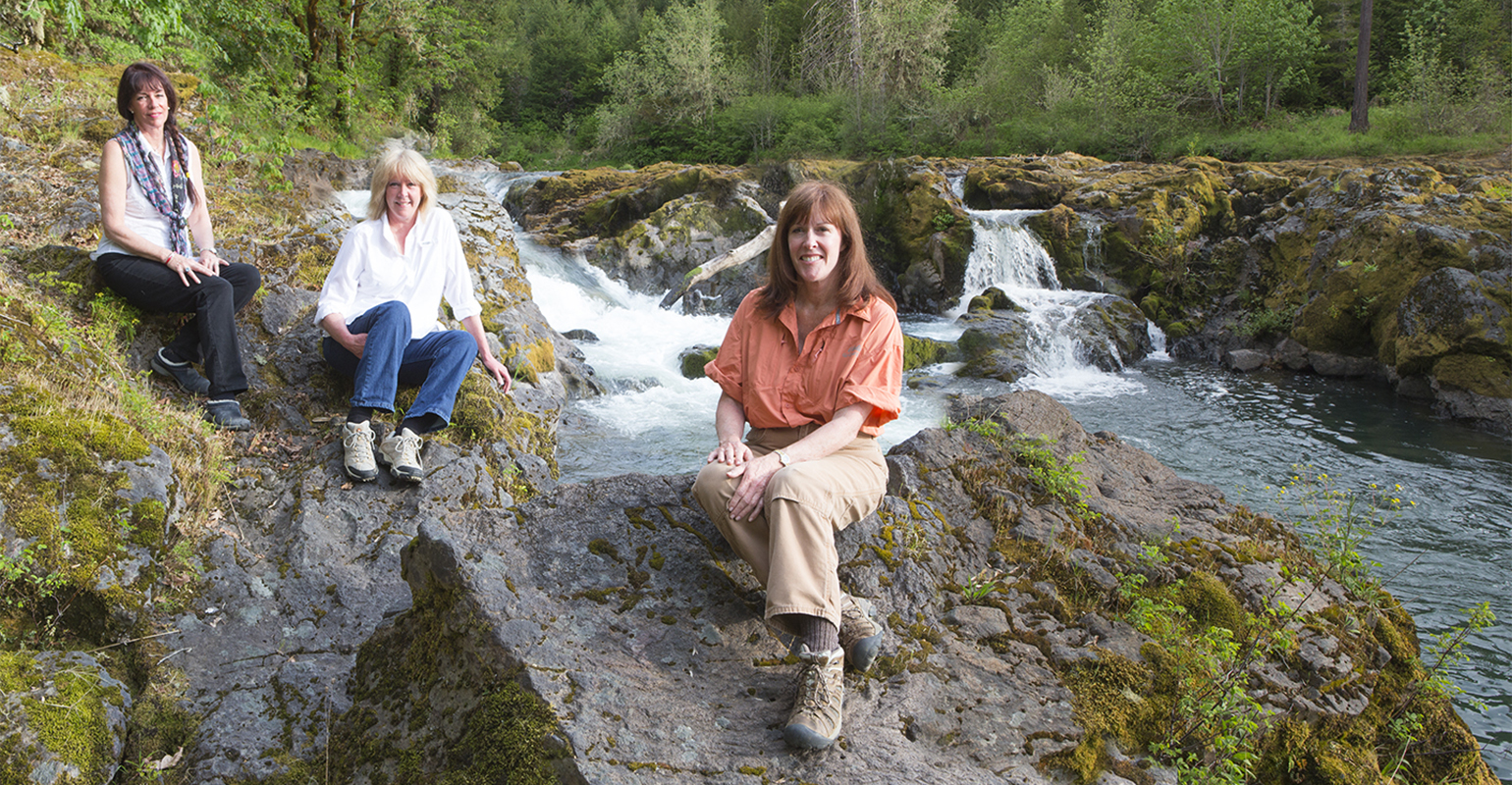 Started in Oregon as a small lumber operation with 25 employees, Seneca, owned by sisters Becky, Kathy and Jody Jones, now has 470 employees in three locations. The third-generation company sustainably manages 168,000 acres of timberland, four world-class sawmills and a biomass facility where it uses its scraps from the milling process to create enough green sustainable energy to power 13,000 local homes.

Addressing employees’ needs. Seneca’s employees are their most valued asset, to be protected and taken care of in bad times and to thrive together in good times. Of utmost importance when fears of the pandemic stretched to Oregon was ensuring that the employees had enough provisions to keep their households running. As items began to become difficult to procure, Seneca management sought out multiple sources and provided a bag of necessities to each employee and their family.

In April, May and June, Seneca also paid all of its employees’ health insurance, including covering the portion that the employees usually paid. Although it had to curtail hours of production in its mills because the market for lumber dropped, it brought employees in to do nonproduction tasks like power-wash the buildings and paint.

It’s not surprising that Seneca responded to the pandemic in the way that it did. The business is proud to say that during the Great Recession, it was one of the only sawmills on the West Coast that didn’t let one employee go. It’s determined to do the same during this pandemic, even if it means operating at a loss at times. 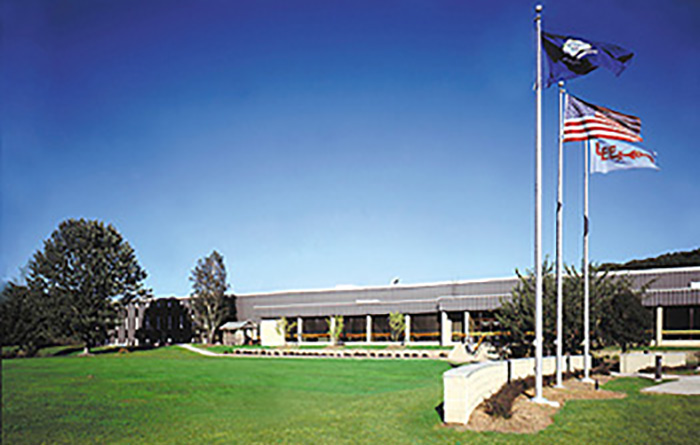 In 1948, Leighton Lee II set up shop at his dining room table and started what was eventually to become the Lee Company in Westbrook, Conn.—a leading supplier of miniature, precision fluid control products serving aerospace, aircraft, automotive, oil exploration/production and medical/scientific industries, among others.

In the early 1980s, he turned the company over to his eldest son, Leighton Lee III, who now serves as the company’s CEO. Nearly 40 years later, the company joined the efforts of other automotive companies to make ventilators for COVID-19 patients admitted into U.S. hospitals.

A shift to ventilators. Historically, the company’s work with ventilator makers didn’t really amount to a lot of business, and Lee Company didn’t consider it as one of their major markets. That all changed in March 2020 when General Motors (GM) announced its decision to build critical-care ventilators. GM turned to Lee Company to increase its production of restrictors, a simple, small part, and after learning the details, Lee Company employees sprang into action. Within a day of being asked by GM to help out, about 13 employees started checking lead times and delivery options; two days later, the company was making parts and shipping against a promise of a purchase order, which came in later that week.

Operational adjustments. Lee Company’s automotive unit typically ran three shifts, so its work for GM didn’t stretch the company, capacitywise. However, its medical operations unit typically ran only one shift, so to accommodate the extra work, the company increased that unit to three shifts virtually overnight. The company was able successfully to pivot to medical operations: Given that the automotive and aerospace industries weren’t doing well financially, moving employees over to the medical side of its operations made sense.

Because employees needed to work in person at the plant, the company adopted social distancing measures to protect its workers. Logistically, that meant spacing employees out so that if an employee did become ill, an entire department wouldn’t shut down. Other adjustments were also required, such as exchanging information about any machine glitches or other issues via online or through telephone calls, instead of in-person handoffs.

Camaraderie and commitment. Lee Company prides itself on its strong sense of camaraderie, with its employees appreciating the work that others in the company are doing—whether making the ventilator parts or other components.

And, that sense of camaraderie and purpose extends beyond the company itself. Lee Company’s employees have joined a local grass-roots initiative, with members of its engineering department using the company’s 3D printers to make frames for face shields assembled and donated to local hospitals.

*This article is an abbreviated summary of the original feature story “An Inside Look at Seven Family-Owned Businesses,” which appeared in the March 2021 issue of Trusts & Estates.